Hidetaka Miyazaki, the Director of Dark Souls and the upcoming Sekiro: Shadows Die Twice once said in the Dark Souls Design Works interview that he “didn’t want to make a game that fits into the games industry’s mould”.

But what happens when you make a game that becomes a genre? Do other developers surpass that original creation and beat you at your own game? Well, sometimes. Sekiro looks to be a departure from the traditional “Souls-Like” structure, and with that in mind, it seems like high time to take a look at all the big 3D games that adopt the same structure as FromSoftware’s Gothic action hits.

Here is every Souls and Souls-Like game, ranked from worst to best.

Lords of the Fallen 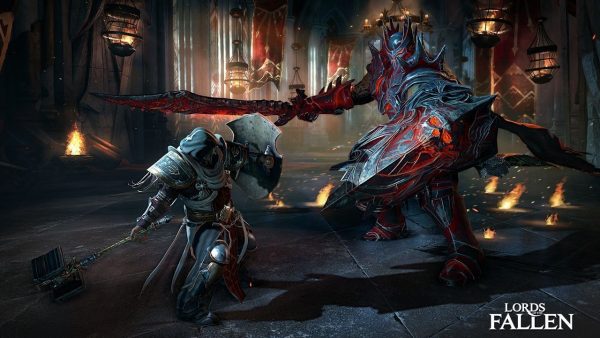 In Lords of the Fallen, you take control of the uncustomisable main character Harkyn, who looks like a budget Space Marine with a face like a slapped arse. Unfortunately, the game also handles like an angry budget Space Marine, with the shaky camera seriously hampering the deliberate, and close-but-not-quite-right melee combat. The art direction doesn’t exactly inspire either, and the way the world’s mysteries unfold is unimaginative. If you’re a fan of Dark Souls, you’ll learn its intricate lore over multiple playthroughs. Here, you’ll find nothing aside from a pretty generic dark fantasy romp with mechanics that resemble Dark Souls. 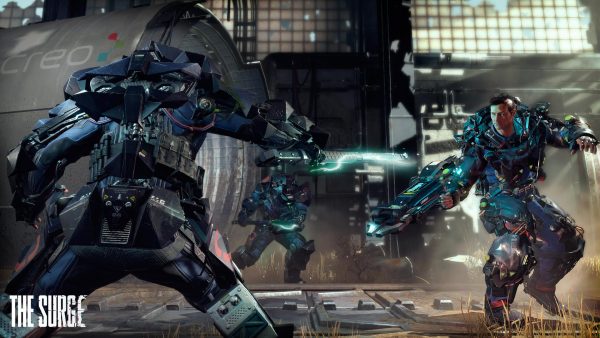 The Surge is a little bit different from many of the games on this list. For one, we’re doing away with the standard Fantasy fare, and instead approach the world of science fiction. The Surge has a really, really strong opening, where your disabled character navigates a room in a wheelchair before becoming augmented by a futuristic exoskeleton. With Deck13’s second pop at a “Souls”-like game, the developer managed to bring forward an appealing setting, but manages to falter with floaty combat and that shaky camera, making for a nauseating experience.

One of the biggest let downs with The Surge is how it manages to squander the promise that it had in its opening. There’s no doubt Deck 13 will have another pop at making a Souls-like title again, but hopefully, it manages to iron out some of the kinks with the combat to make it a more satisfying experience. 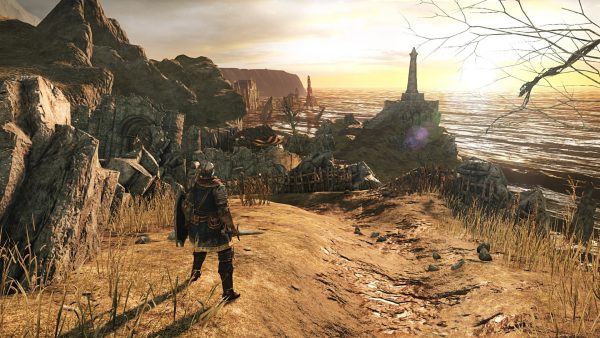 Dark Souls II catches a lot more flak than it deserves. With some wonky hitboxes here and there, this is a title that gets criminally overlooked in the history of Dark Souls and Souls-like games. Why? It dared to stray away from Demon’s and Dark Souls’ notoriously obtuse systems and allow players to craft their own experience of the game through Covenants, such as the Covenant of Champions.

Outside of that, Scholar of the First Sin also helped to dispel and streamline some of this even further for players, while also giving them a new, rebalanced experience in comparison to the vanilla Dark Souls II experience. The locations and geography do not quite align together either, meaning that at one point you might be in a barren valley, but you head into a building and up a lift, and then you are suddenly surrounded by lava. It doesn’t have the same sort of open cohesion that the Original Dark Souls had.

This is further exacerbated by the fact that you are freely able to warp between bonfires from the start. Where Dark Souls offered the Lordvessel and Bonfire warping as a reward, Dark Souls II choose to let you warp at any unlocked bonfire right away. This results in some strange geographical occurrences, as previously mentioned, in addition to the game feeling less like an explorable world, and more like several branching paths.

Dark Souls II might not be perfect, but it is far from being a bad game, it just so happens to be a weaker entry into a series with outstanding quality. 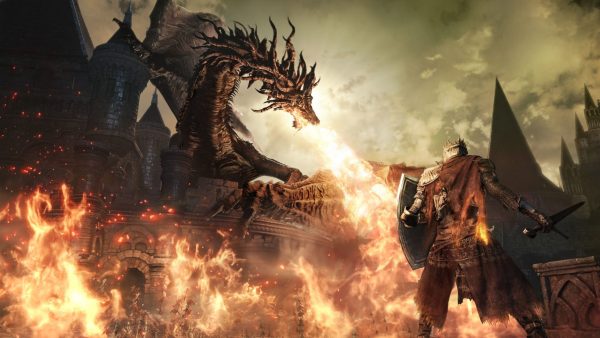 Dark Souls III is the final entry into the Dark Souls series (for now) and manages to blend elements from every game in the trilogy into it. With a trademark hub in Firelink Shrine, returning areas from other titles and a wealth of boss fights, Dark Souls III’s organic structure is a significant improvement from the disjointed geography of Dark Souls II. Introducing the Weapon Arts system in combat makes Dark Souls III a slight departure from the D&D-inspired charged casting and makes use of a mana bar, which makes for more competitive online play, as it used for both Spells and special weapon attacks.

With extensive PvP support in addition to a huge amount of areas and boss fights, Dark Souls III’s biggest weaknesses are the criminal difficulty spikes. It’s by far the least accessible title on this list, simply due to this. It ties up the trilogy well through following through on lore and has some brilliant set-pieces – it’s just not up with the masterpieces of the trilogy. 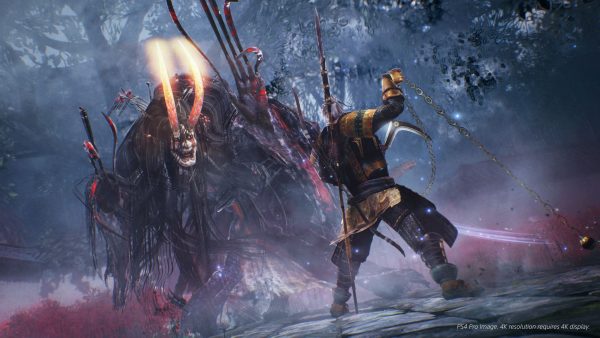 What’s that? A non- FromSoftware title this high in the list? Yep, you read that right. Team Ninja’s Nioh makes it explicitly clear to you in the starting moments of the game that you do not play this like Dark Souls. Nioh is all about tight combat, traversal and levels, and has some challenging boss-fights to boot. While it does shamelessly lift a lot of its mechanics from the Souls Series, Nioh forges its own identity through the use of an incredible combat system.

Nioh’s stance-based combat allows players to take a high, medium or low stance that allows them to break guards, and attack faster or slower. With this being at the change of a button, it makes for incredibly fluid clashes. This is also aided by their endurance recovery system, which essentially takes Gears of War’s Active Reload and applies it to stamina recovery. With challenging boss fights, and a host of detailed levels to trot through, Nioh’s combat is best-in-class, but it doesn’t quite match up to FromSoftware’s detailed worldbuilding to bring that total cohesion to the experience. 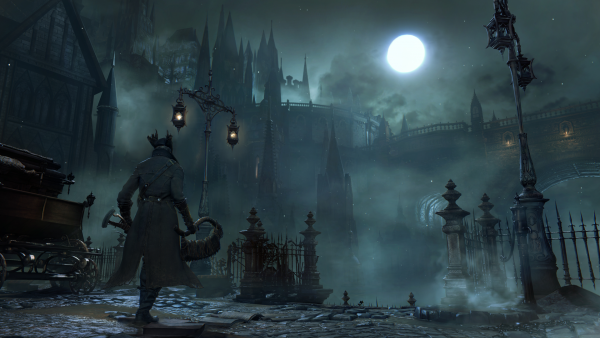 Bloodborne is the natural evolution of the Souls series, it takes lessons from the three games that came before it, puts you into a hauntingly beautiful world, and allows you to explore the tortured streets of Yharnam. Instead of taking Dark Souls’ approach of hiding behind shields, Bloodborne promotes aggressive combat, and aggressive play, and services this with its ingenious health recovery system. If you take damage from a monster, you will be able to recover more of it through attacking back quickly.

This is in addition to how tight the game feels, not just in its combat, but also in its world structure and length. You can expect to beat Bloodborne in around 20 hours, a far cry from Dark Souls III’s 50-60 hours. This allows for the game to always be introducing you to new places, taking bosses down and also tightens up the cohesiveness and quality within it all.

Bloodborne has masterful worldbuilding, and it would be remiss to not mention it – it makes running through the game a joy, as you’re always looking to uncover its next mystery. 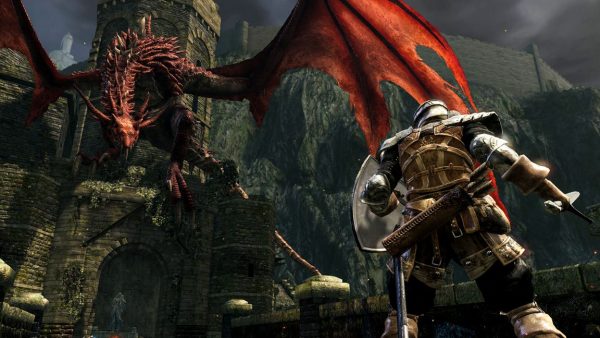 Dark Souls might not be at the top of this list, but that’s not to say that it isn’t a masterpiece. From its organic world, which is fully explorable, with hidden areas that players might not get to until several playthroughs in, in addition to the mystery that the game originally had is what captured the minds of millions.

The verticality in its world design makes Dark Souls a unique experience and is its greatest asset. You start out in the middle ground of Firelink Shrine, and you eventually worm your way to the depths of Blighttown, and then have to traverse all the way up through a fortress and to Anor Londo. This is a game all about claustrophobia, highs, and lows. This is what sets Dark Souls apart from its sequels and imitations – no game since has managed to capture this sense at all.

However, Dark Souls was not quite as cohesive as its predecessor, or a game like Bloodborne. Late game sections remain unfinished, and areas such as Lost Izalith are some of the least compelling areas in the series. However, despite this, Dark Souls remains to be a total paradigm shift for third-person action games. 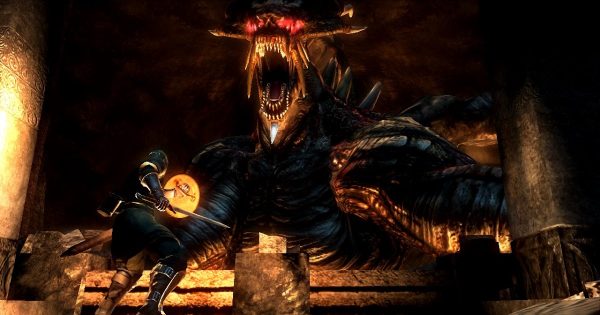 Demon’s Souls started it all. It’s only on PS3, and you can’t play it anywhere else. Demon’s Souls created the archetype, atmosphere and mechanics that the rest of the series is built off. This also goes for the hub worlds that you encounter in the game, which lays the foundations for everything that came after it.

Demon’s Souls is not only the archetype for this kind of game, but it also has its own merits to mention. The World Tendency system allows you to open up hidden paths within the game and is controlled by how “good” or “bad” other player’s actions are. There is also a “Character Tendency” system, which does the same thing, and is based upon how you act within the game. It’s a system that was later ditched in future titles but made replaying the game a treat.

Additionally, Demon’s Souls is somewhat more restrained than any game that came after it. Music is scarce, and the music that is present is restrained in its instrumentation and makes for a much more atmospheric experience than its successors.

No matter what happens after, Demon’s Souls is where it all started, and the mysteries within its lore, levels, atmosphere and cohesion make it the archetype, and also the best game within this fledgeling genre.