It looks as though the Yoshi game for Switch has an official title: Yoshi’s Crafted World.

Yoshi’s Crafted World was posted on the Nintendo website as the official title for the 2017 announced Switch game.

The official title for the Yoshi Switch game was likely set for a reveal today during the postponed Nintendo Direct. It’s rumored the presentation has been rescheduled for September 13. We’re still waiting on official word.

The title makes complete sense considering the side-scroller has a Paper Mario vibe. The game will also feature a large world “decorated like a miniature diorama,” as previously reported. 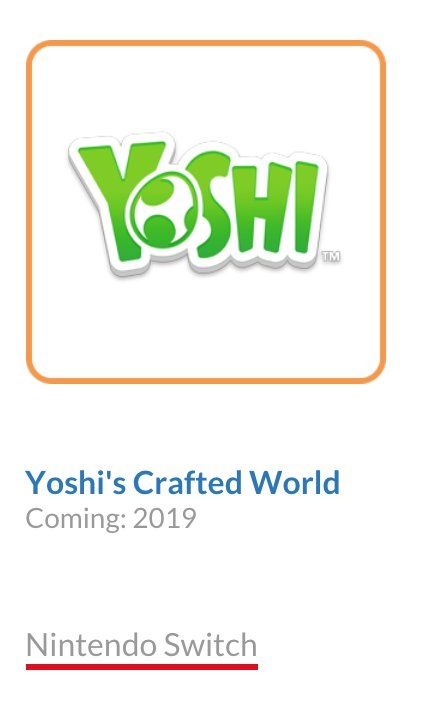 Each side-scrolling stage has both a main path and a hidden path with different views and surprises. The game features co-op too.

Originally slated for release this year, the game was delayed into 2019.