Sea of Thieves players: say farewell to your spyglass willies because they have been patched out.

Sea of Thieves has been patched to remove an issue with spyglasses caused with update 1.2.4. Hopefully, you had plenty of fun making spyglass wangs  and took tons of screenshots before it was fixed.

Along with today’s patch, Rare provided insight into why it changes were made to the Barrel system, something with didn’t please many players. You can hear design director Mike Chapman discuss the subject in the latest developer video posted above the patch notes. 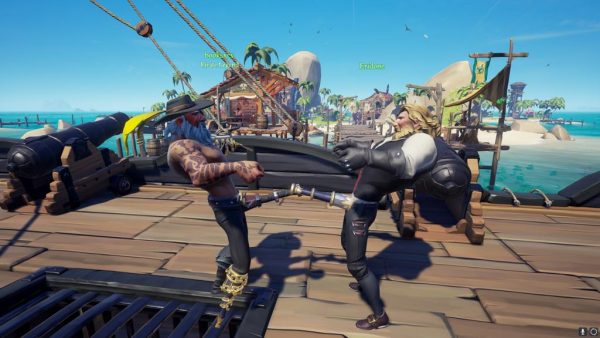 Patch 1.2.5 adds the first of many quality of life improvements to the barrel system today:

“These improvements to empty barrel identification and resource level increases are the first of many improvements we have planned for future updates,” reads the update.