A survivor of the recent Jacksonville shooting has sued EA for failing “to provide a safe and secure environment” at the Madden NFL 19 tournament.

Many of us are still reeling from last week’s fatal shooting at a Madden NFL 19 tournament in Jacksonville, Florida. It’s a terrible tragedy that, according to one survivor, Electronic Arts itself bears some responsibility for.

Jacob Mitich is an attendee who was shot twice during the tournament but survived. He has now filed a lawsuit against EA, the Chicago Pizza venue, the Jacksonville Landing mall, and five other defendants. There are no details on a specific amount claimed, but it states the venue was unsafe and that the defendants “failed to provide a safe and secure environment”. 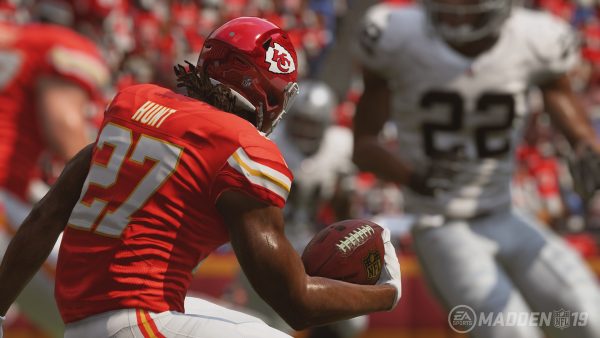 A statement from Mitich’s lawyer James Young claims Mitich “trusted the event host and organisers, and believed that he was walking into a safe space … That trust was shattered when shots rang out in an over-crowded, since-shut-down, non-permitted space. Combined with an alleged abject failure to provide adequate security, the result was tragic.”

Before someone claims no one – especially EA – could have prepared for this shooting, Young was ready for this. Mitich’s lawsuit describes Jacksonville Landing as “a hub of dangerous, violent and too often, deadly activity”, pointing to other recent shootings and stabbings as evidence.

To its credit, EA responded to the tragedy with a $1 million donation to shooting victims, while promising to review its policies for future events. “At this time, we are fully focused on supporting the victims and all those affected by this tragic event,” it said in a statement on the lawsuit.