The publisher, alongside developer Gamepires, apologised for including neo-Nazi imagery as part of an add-on pack, retailing at £7.19, which included prominent tattoo placement that caused upset for many fans. One particular tattoo which was visible at the back of the player’s head and was used widely in advertisements has since been removed, according to a recent report by Polygon. In response to the angry reaction from fans, Devolver has stated that it will be conducting a review to further identify and remove any offensive content.

Both Devolver and Gamepires agree that the decision to include neo-Nazi tattoos and other associated imagery was to convey a realistic portrayal of prison life and add an element of realism to the game, though both stress that including the images does not mean either company agree with neo-Nazism in any way. 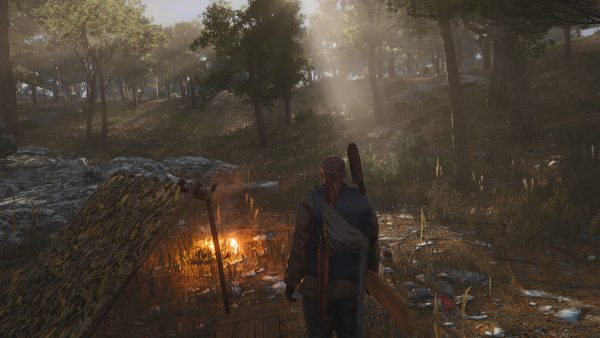 Scum has been Devolver’s most successful title launch to date and the publisher is keen to let fans know it recognises its mistake in including such controversial images. In the aforementioned report, Devolver stated:

“We strongly condemn any and all use of hateful symbology in our games and agree it should have never been in the game regardless of creative intent or realism. Devolver Digital apologises unreservedly.”

“Since our initial response on our forums we’ve discussed this as a team and with our publisher and agree wholeheartedly that this content was unnecessary, should not have been included, and have removed it. We apologise for this misstep and promise to our fans that we will take more caution in our approach moving forward.”

Despite many fans taking to social media to express their anger at both companies, Scum continues to sell well and is one of the most popular survival games around.