Bioware has detailed how it intends to deliver a single-player story in its upcoming multiplayer loot-shooter Anthem.

Speaking at a panel at PAX West today, the studio revealed that all of the crucial single-player story decisions will unfold in the game’s hub world, known as Fort Tarsis.

It’s in Taris where the player interacts with multiple characters and storylines, makes decisions that effect changes to character relationships, follows branching narratives and experiences the kind of single-player role-playing game expected from a Bioware game. Tarsis is also where you’ll pick up missions in-game.

Those missions then take place outside of Fort Taris in the wider open-world of Anthem, where players team-up to defeat enemies and earn loot to customise their character builds. Although some missions will be tailored to the story and there are lore treasures in the online open-world, little of the game’s storyline will change until players get back to Tarsis having completed missions. 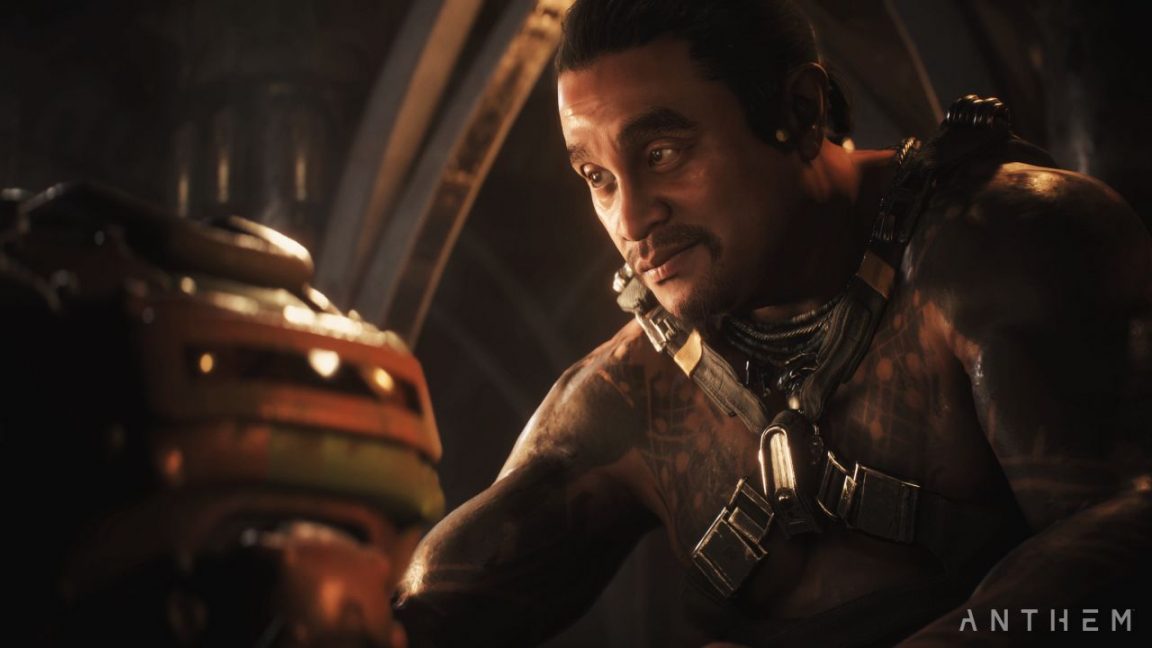 In Taris players will engage with other characters and it’s here we saw a first look at the traditional Bioware dialogue trees, with players able to pick a dialogue choice using the left and right triggers. For those that don’t want to delve deep into the RPG experience, players can trigger a mission briefing panel and get straight back out into the open world to continue with the online play.

But Bioware is going all out with Fort Tarsis, where it intends to create a rich world full of character and role-playing opportunities.

It said it’s trying to create a “living community” within Tarsis, hoping players will develop close bonds and relationships with its characters. Unfortunately there’s no banging, but Bioware said it’s influenced by Downton Abbey, the costume drama about a bunch of toffs secretly shagging about – it wants to create characters with stories that connect to others throughout the game.

Bioware also said it intends to keep these relationships and characters alive with post-launch content that can further develop their stories, and in order to not split the player base, it won’t be charging money for post-launch story content.