Over the past year, Final Fantasy has had an influx of 4 million players, bringing the total registered play count to over 14 million, just in time to celebrate the title’s fifth anniversary.

Producer and Director, Naoki Yoshida, will be hosting a special 14-hour livestream in honour of the occasion, with guests to include the game’s voice actors, developers, and Capcom’s Ryozo Tsujimoto who will talk about the Final Fantasy 14 x Monster Hunter: World collaboration. More details on Patch 4.4: Prelude in Viole will also be revealed. 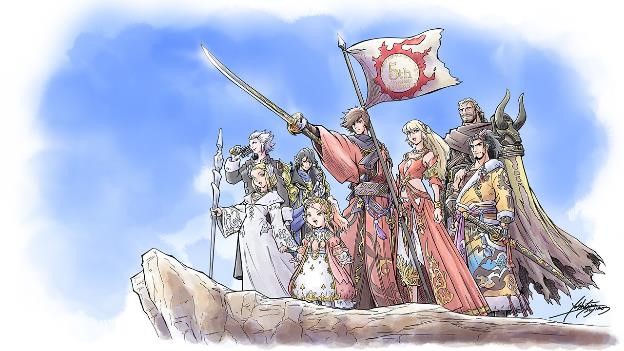 “Although the original Final Fantasy 14 failed to meet expectations, through the support of people in the media, the companies we have worked with, and of course our dedicated players, we were able to launch A Realm Reborn in 2013,” said Yoshida. “FFXIV was indeed reborn, and over the course of these past five years, it has grown to become the title that we all know and love today. I cannot thank you enough.

“We in the development and operations teams have been working at full capacity ever since the launch of A Realm Reborn, and while we have made our share of missteps along the way, the Warriors of Light continue to spur us onward.

“There are many new gaming experiences and epic tales that we wish to share with you all. We will be working harder than ever to expand the world of FFXIV, where players form lasting bonds with one another through their adventures.

“Final Fantasy 14 is the result of everyone’s passion and commitment, including all of you Warriors of Light, and I hope you will continue to support us as we build this world together.”

You can tune into the livestream tonight at 8PM PDT/ 11PM EDT which is tomorrow, September 1, at 4AM BST.

In-game celebrations are underway with The Rising event, which will run until September 18.