There’s a good chance Charles Cecil made his first game before you were even born.

In 1981, when I wasn’t even a twinkle in my dad’s eye, he was putting the finishing touches on his debut adventure. His first game launched that year, coming in at a whopping 1KB of memory, and full of typos.

“I spelled chisel with a ‘z’ and ‘can’t’ didn’t have an apostrophe,” Cecil tells me. These days, he tuts and shakes his head when adults don’t have any pride in their written words.

Looking back on his career and the studio he founded, Revolution, you would be forgiven for thinking Cecil has always had success. You can’t bring up the point and click genre without mentioning games such as Beneath a Steel Sky and Broken Sword. But things haven’t always been rosy. 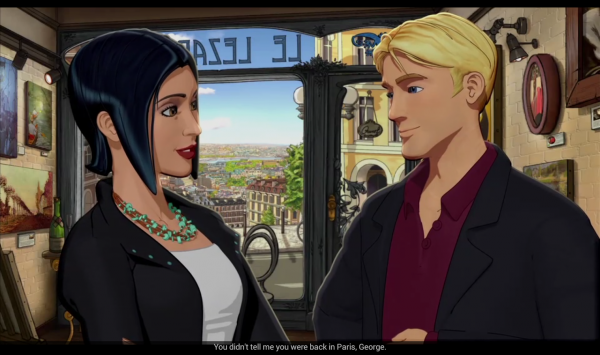 “Come the end of Broken Sword 3 and Broken Sword 4, Revolution lost an incredible amount of money,” Cecil explains. “THQ, our publisher, made a lot of money. I’m not saying they were evil, that was just the business model, but it didn’t work at all.

“At the end of Broken Sword 4, we’d actually borrowed over £200,000 from the bank to finish off the game, and THQ had made a profit of about $5 million. At that time, they were the biggest publisher in the world.”

Of course, anyone who knows about the business remembers what happened next. THQ died, and Revolution is still making adventure games. This is because of three things: digital distribution, mobile gaming, and the rise of crowdfunding. 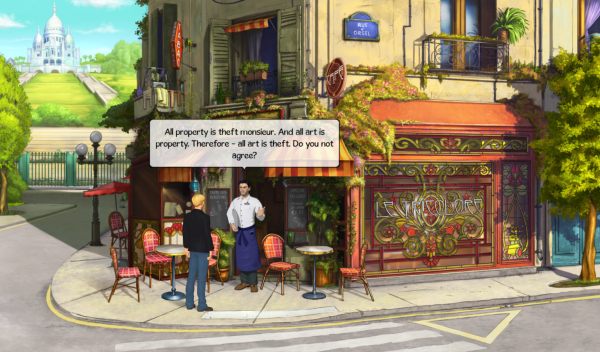 The first bit of luck came when Apple got in touch with Revolution, asking the developer to release Beneath a Steel Sky for mobile. It was a success, and Broken Sword followed soon after.

A short while later, Tim Schafer launched a successful Kickstarter for a new adventure game, Broken Age, and Revolution saw it as a chance to get funding, release a new entry in the Broken Sword series, and reconnect with its audience.

“You have all these gurus who talk about marketing – well, fuck ‘em. They don’t know anything,” Cecil says. “We went through this amazing time of making all the rules up – marketing, creatively – and we’re still feeling the repercussions of that. Our community is so important.”

Since then, Broken Sword 5 has sold one million copies, and now Revolution is gearing up to launch it on the Nintendo Switch with all-new features on September 21. Viva la Revolution.