Everyone likes a good ‘80s movie, even if you don’t know your Flock of Seagulls from your Spandau Ballet.

But along with E.T., Snake Plissken, and the Gremlins, the ‘80s birthed a rich seam of buddy cop classics that mixed hardboiled action with cornball comedy to create a new blockbuster genre for the big screen.

In co-op first-person shooter RICO, you have just 24 hours of real-world time – half of what Eddie Murphy and Nick Nolte had – to catch crooks by blasting through procedurally generated environments in search of leads.

Either solo, online, or in local split-screen, your task is simple: clear out everyone in your path to get what you need. Just rock up, kick down the doors, shoot first, and ask questions later.

If you don’t finish a case in time, it’s no disaster – you just sign onto a new one and start plotting your path back towards the Don.

Each level is made up of procedurally generated rooms that play out a bit like the breach sections of Call of Duty campaigns past. You get a brief moment of slow-mo to line up some shots, then you sweep in to clean up.

It’s arcadey, and has a real pick-up-and-play vibe that’ll make it a good fit for people who fancy playing an FPS with friends every now-and-again, but aren’t into the hyper-competitive online scene usually associated with twitch shooters.

Similarly, if you’ve sunk years into everything PAYDAY 2 has to offer, RICO might be a fun – albeit more limited – stopgap until Overkill’s The Walking Dead stumbles to release.

Supporting RICO’s core loop is a level up and Traits system, where you can customise your officer’s equipment loadout and special abilities. There’s a decent selection of kit on offer, with different types of pistols, shotguns, and assault rifles to choose from, each with their own unlockable skins.

If you’re looking for more investment, there’ll be online leaderboards too, along with daily challenges where players set high scores by running through scenarios using the same arsenal of weapons, and Lockdown mode, where you defend yourself against waves of enemies. 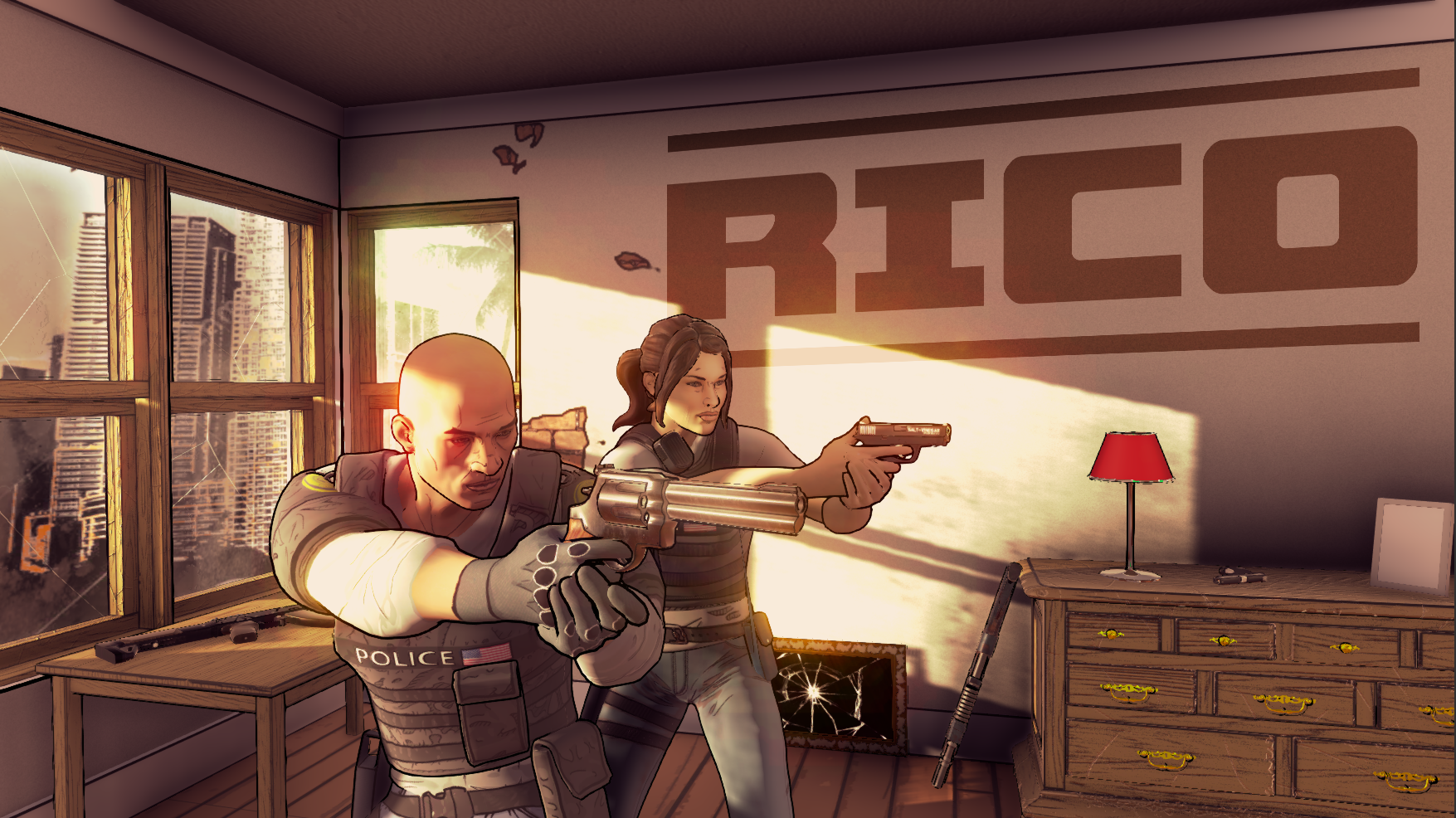 One of the coolest things about RICO, though, is that it’s on the Switch, so you can start a case at home and still have chance to crack it on the bus home if you’re unexpectedly called into the line of duty. The Nintendo version has a few tweaks that make it feel more at home on the handheld too, such as subtle motion aiming for if you’re playing with JoyCon detached.

RICO kicks down the door and makes its entrance on PC, PS4, Xbox One, and Switch simultaneously in early 2019.