Let’s get it right out of the way; Tom Clancy’s Rainbow Six Siege is one of the absolute best multiplayer games available right now, but it is also one of the most daunting to approach. In Siege, you die fast and you live young, and each character will take extended playtime to get to grips with. But it’s not so impenetrable as it seems, and with just a bit of patience, you’ll soon see that it’s one of the most rewarding multiplayer games out there.

Rainbow Six Siege is an asymmetric multiplayer shooter which means one team is attacking, one is defending. The defenders are placed inside a location with an objective to defend – a bomb or a hostage – and they get just one minute to set up defences before the opposing team arrive, all while the attacking team is offered a chance to scout with drones, to spot their foes and plan their attack. Then follows a few minutes of tense back and forth before one team wins and they switch places. That’s a fairly good premise for a multiplayer shooter as is, but there are two pillars that make Siege truly great.

The first thing I want to highlight are the environments. Most walls, floors and ceilings, can be shot through or completely destroyed. Defenders must reinforce certain walls to control the flow of the enemy attack – or block it all together – while attackers must find weak points or open up defenses with a limited supply of breaching gear.

“You have to look past the literal surface to see what’s really possible in Siege.”

In the moment to moment gameplay, these destructible environments create all sorts of risks and opportunities. Hear a footstep on the other side of a wall? Take a shot and you might just bag a kill. Here footsteps above? You’ll want to be careful in case a grenade gets dropped through the ceiling and onto your head. The point is that nowhere is safe for a certainty, and in Siege you have to really be aware of your surroundings like in few other games. This isn’t just to protect yourself, but also to understand how to navigate and approach situations. An opponent blocking the doorway to trap you? Try blowing open a wall or hatch for an escape. Heck, go and flank them. Maybe instead of reinforcing the room with the objective you simply tear down all the walls and sit in the next room over, killing anyone who tries to enter the point. You have to look past the literal surface to see what’s really possible in Siege.

It’s not just the destruction, though. The sound design is second to none and really delivers the tension that makes a two minute round feel like twenty. Ambient sounds like the drip of a tap or rattling of machinery are there to build suspense or throw you off, making you question everything you hear. The minds behind Siege could almost certainly make a killer horror game if they wanted to.

The second pillar of Siege is the operators. These are the unique characters you pick at the start of each round. There are a set for attackers and defenders, each with their own weapons, gadgets, and abilities, which all tackle a different aspect of the game. There are breachers for opening up enemy reinforced walls and operators with stun gadgets, or even more specialised gear such as heartbeat sensors or the ability to trace a player’s location from footsteps. With five a side, the combination of operators can radically alter how a battle plays out and for the individual it can feel like a whole other game from operator to operator. Couple that with the fact there is a steady stream of new operators and the game feels positively alive with energy, always capable of surprising even years after launch. 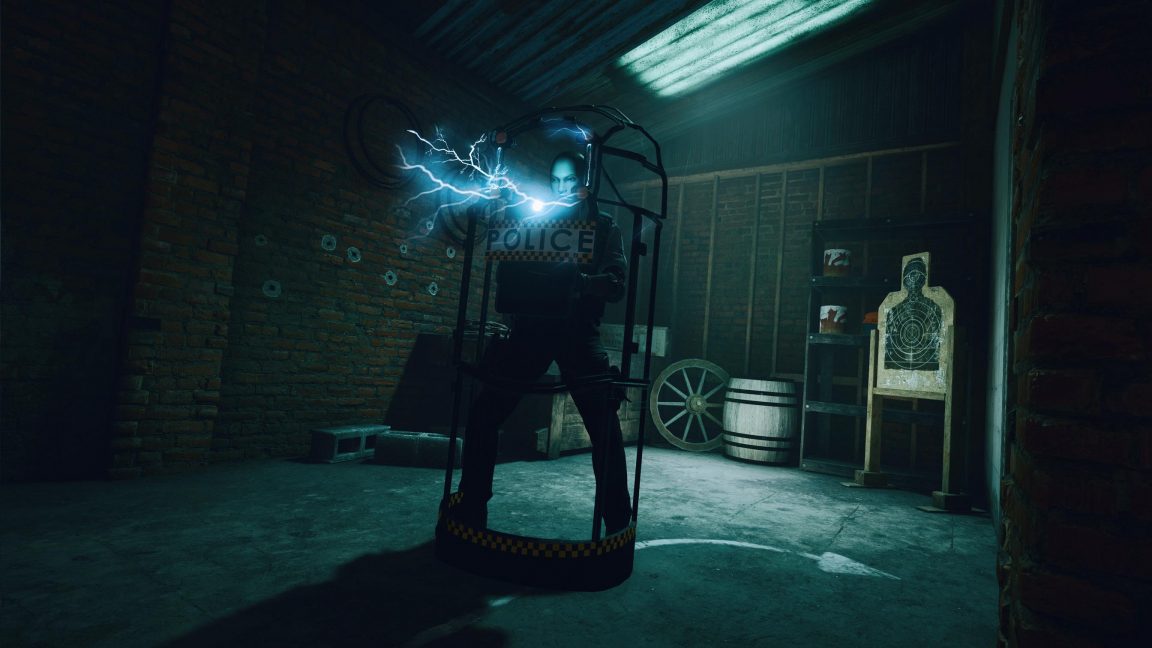 Rainbow Six Siege rewards the imaginative. It’s one of those games where most often the answer to “Can I…?” is yes. It might not be as accessible as the likes of Overwatch, but as a shooter it’s a treat for those who enjoy thinking outside the box. While sharpshooting helps, this isn’t just a game for those with a quick trigger finger. People who enjoy strategy, teamwork and what amounts to a little puzzle solving will find a home here as much as those who enjoy adrenaline-pumping action. Get creative in your solutions, don’t treat it as just a shooter and the possibilities for every encounter go through the roof. Sometimes literally.

Rainbow Six Siege is always changing and if you’ve already played it before you might be interested to hear what’s different since you last played. The number of operators has doubled for a start, from twenty to forty, with all sorts of new gadgets and abilities making their way into the mix. The latest come from the Grim Sky update which includes the game’s first shield-wielding defender and it’s a dramatic change. On top of that have been a myriad of quality of life changes, with several maps overhauled to boost performance and matchmaking significantly improved since release. Most of the UI recently got a welcome overhaul that has made the game a lot easier to read, too. Perhaps more essential to the core of the game is the change to destructibility which is now calibre based, which is to say different guns make different sized holes. It sounds small on paper but in execution it’s a massive change.

Siege was a great idea with a few rough edges when it launched, but it didn’t let itself get bogged down with a rocky start. Now it’s one of the best multiplayer games out there. For me, it’s the finest online shooter available right now. The way it rewards and encourages creativity, while still being a tense, nail-biting shooter, is an intoxicating mix like nothing else out there. Even years after release I can’t get enough. Ubisoft plans to support it for a long time yet so there’s no reason you shouldn’t get involved. It’s better than it ever was and it’s only going to get better. Come join Team Rainbow.