The rebirth of gaming peripheral company Mad Catz is showing a surprising level of restraint – and with it, promise.

The story of Mad Catz is a bit of a rollercoaster. My first memory of the company is of a truly hilariously naff N64 controller that you definitely gave to the friend you liked least in Smash Bros and Mario Party sessions. Years later the company defied that reputation, with perhaps the flagship quality Mad Catz product being its range of fight sticks, timed well to coincide with the fighter genre revival that came with the likes of Street Fighter 5 and Mortal Kombat 9. There were also incredibly impressive PC accessories.

Then it all went wrong. Spread thin across what seemed like a million different categories it felt like the quality began to dip. Then there was desperate thrashing about around an Android-based mobile console and expensive mobile peripherals. A lot of people associate Rock Band with the death of the company, but in truth by the time Rock Band 4 was released the writing was already thoroughly on the wall thanks to $250 ‘transforming’ controllers for phones and $300 non-mechanical keyboards with useless extra features like screens. When the company went under, it was difficult to say it was unexpected. 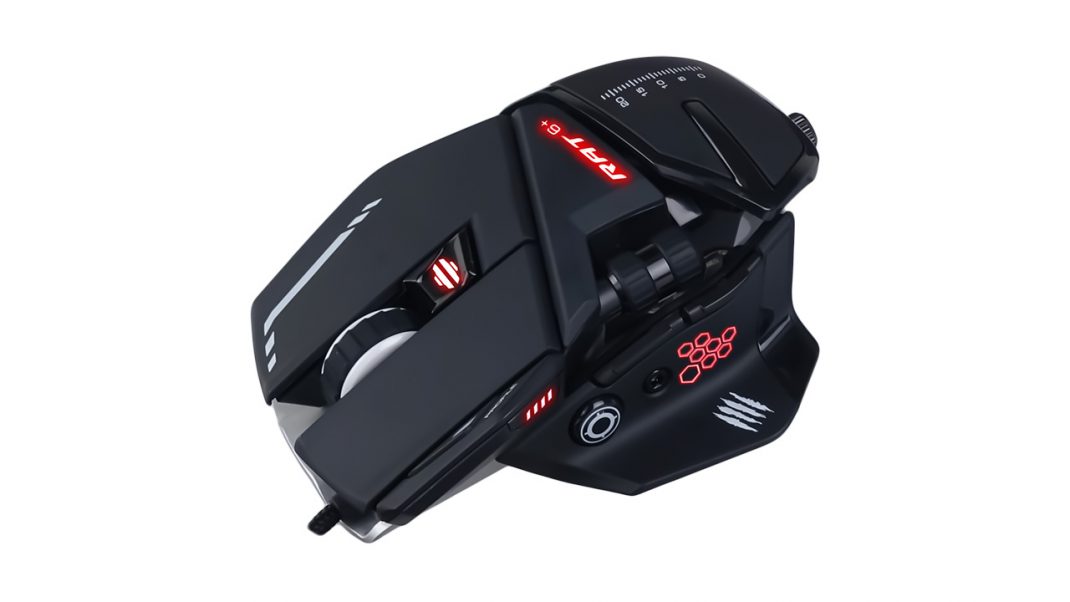 Now a new Mad Catz is rising from the ashes of the old company, however, under new stewardship and with an entirely new approach. I poked my head in to take a very brief look at what they’re planning at Gamescom 2018 and was pleasantly surprised by one key fact: this is a back-to-basics, no bullshit approach, at least for now.

Latter-day Mad Catz was always a company making quality products – I used a RAT ProX mouse from them until very recently and still use a Mad Catz TE arcade stick – it’s just that the good stuff was mixed in with a whole lot of rubbish, from expensive membrane-based keyboards with screens bolted on to those bloody mobile controllers – but new Mad Catz is trying to keep things simple, streamlining to just keep the good stuff.

For one, they’re currently only making stuff for PC to allow for focus. They’re also sticking to basic products – at Gamescom they had a range of mice on display plus a couple of keyboard and headset options. The mission of ‘new’ Mad Catz is perhaps best exemplified in how these products look, however: everything is black, white or a mixture of both, with very light-touch RGB lighting accenting. There’s no garish lime green or bright red ‘for gamerz’ gear – it’s all relatively understated and simple. It looks good. From what PR tell me the prices will be more reasonable, too, though exact numbers are still being ironed out.

As for the range, what I saw at the show was split into a few categories. For mice there were three different groupings – a super cheap, simple range that’ll be an easy impulse buy. In the middle there’s a hardcore gamer focused range with features and pricing that run the gamut up to the final group – feature-laden, more expensive esports and tournament scene focused mice. The keyboards and headsets are simply low and high end – membrane versus mechanical, stereo versus full surround. The range seems like a solid starting point.

Some of these products are directly based off the old Mad Catz equivalents – alongside the name, the newly formed company’s owners also picked up the rights to many of those designs. They’re picking the right ones to revive, going for the quality ones without unnecessary guff. Others are all-new, and the company is already teasing something all-new with something they’re calling ‘Gaming Unlimited (as seen in the embed above), though we strongly hope it steers clear of any of the gimmicks old Mad Catz got distracted by.

With headsets, keyboards and mice all returning and looking quality, it’ll be interesting to see where the company goes next. Some significant chunks of the Mad Catz business like the Saitek flight simulator brand were sold off to rivals in the previous iteration’s death throes, but the brand name still likely holds some cache with console players after their strong efforts with high-end controllers, officially-licensed headsets and of course arcade sticks (old Mad Catz sticks are still listed as runners up in our list of the best arcade sticks).

It’d be good to see some of those return – but it’s reassuring to see the new Mad Catz take its time. Perhaps pretty soon they can get something listed on the official VG247 Gear List – watch this space.