Prey’s upcoming DLC, Typhon Hunter, is about as experimental as DLC gets.

First off, it will be available to anyone who already owns Mooncrash, another piece of Prey DLC that messes with the immersive sim by mixing in roguelike elements – when you die, you die, and the resources you gathered are gone for the next run.

Secondly, Typhon Hunter is actually two modes. In one, you are immersed in VR inside memorable locations from Talos 1, attempting to solve puzzles. It’s a VR escape room, essentially, and it’s a great time, judging by the segment I played at QuakeCon, without audio and with someone on hand to stop me smashing my face into a wall.

In Typhon Hunter’s other mode, five players take on the role of Mimics – shapeshifting aliens who can turn into various props, such as mugs and lamps – while one player takes the role of Morgan Yu. It’s hide and seek on a timer, where Morgan must track down and kill all Mimics before the clock counts down. 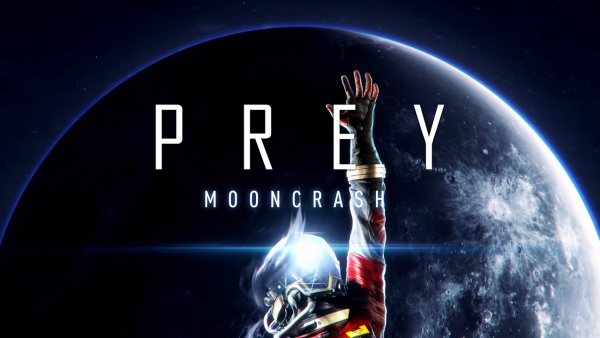 It’s a multiplayer immersive sim – perhaps foreshadowing Arkane’s upcoming projects – in bitesize format. As well as retaining the freeform gameplay of Prey – Mimics can mess with props to make them look unnatural before taking their place as a totally normal, totally not-alien catching mitt – it also keeps hold of the jumpscares.

“If you do that, you knock him out for ten seconds or so – it’s penalty that runs down the clock – but it’s a risk because he could bust you and smash you with the wrench first,” Bare explains. “When you’re [a prop], you can roll around to different locations. You’re not stuck being the second mug next to this other mug.”

So, how exactly did this experimental DLC come to be?

“It’s kind of funny because when we were working on Prey, the Mimics became one of the more signature elements of the game,” Bare says. “They became super popular, and people love streaming getting scared by them. But when people started seeing how the Mimics worked, a bunch of them were like, ‘Oh, this is like Prop Hunt’. I was like, ‘What the hell is prop hunt?’.” 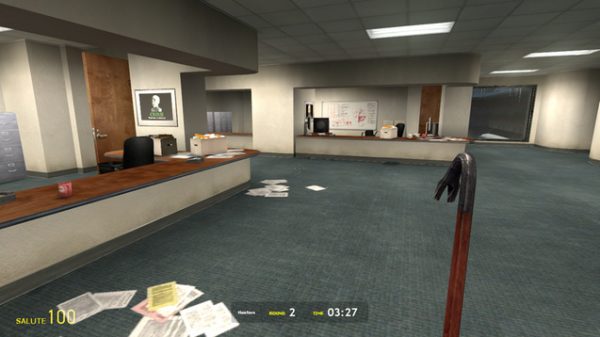 Prop Hunt is a popular Garry’s Mod game mode where players disguise themselves as furniture while another player hunts them down.

“We looked into it and were like, ‘This is a great idea, the Mimics are well suited for that kind of gameplay idea’,” Bare remembers. “So once we finished Prey, we were like, ‘Remember that thing everyone kept saying? Let’s try it’.

“One of the things I love about DLC is that you can turn things around really quickly and you can take more risks. I guess one of the reasons [it’s more experimental] is, after we shipped Prey, the team was broken up into different things. But first we did a little game jam. We were inspired by the Bethesda Game Studios thing – they do this thing occasionally where the team gets time to work on whatever they want to work on.”

Most recently, the BGS game jam gave birth to a photo mode for Fallout 76, allowing players to take goofy selfies over the corpse of a defeated player.

“So we took two weeks to work on whatever we wanted,” Bare continues, “as long as it has something to do with what we actually work on here. So everybody went off and came up with cool ideas, and some of the ideas are things that ended up in Mooncrash and Typhon Hunter.”