Pokemon Quest might be destined to play second fiddle to Pokemon Go, but that hasn’t stopped it from earning an absolute bucket load in month one.

Free-to-play mobile and Nintendo Switch Pokemon title Pokemon Quest has earned more than $8 million in microtransactions in its first month of release.

This data comes from a report by app insight company SensorTower, and is actually even more impressive when you consider it also doesn’t include any revenue from the Nintendo Switch version of the game, which we know has been downloaded at least a million times. 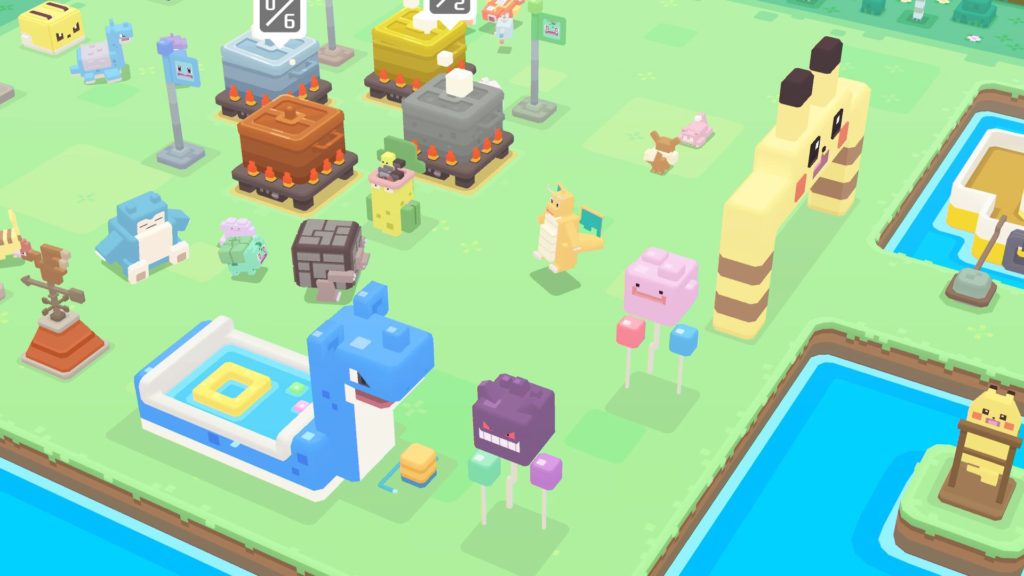 SensorTower believes that the game is currently averaging around $30,000 a day in revenue on the mobile platforms, though its best ever day was June 30, when it earned $580,000 or more. It grossed $3 million in its first week. These are all crazy numbers.

In one interesting wrinkle, it’s also notable that 66% of spending was on Apple’s iOS platform. The remaining 44% was on Google Play. This is a lot closer than typical average spends, where Apple tends to lead by a more significant amount.

SensorTower believe near 8 million users have installed the game on iOS and Android, too. That’s up from the previous count of 7.5 million – which included Switch numbers.

If you don’t know about it, Pokemon Quest is a unique little strategy RPG with a blocky Minecraft-esque art style that taks you with sending Pokemon out on expedition adventures in dungeons to gather loot and level up.

It’s quite different to other Pokemon games – for instance you recruit new creatures via Pokemon Quest’s recipes and cooking system, where you cook delicious meals to attract Pokemon to come join you. Ultimately the end goal is still the same, mind – to gather the best Pokemon in Pokemon Quest and eventually catch the legendary Pokemon like Mew and Mewtwo to fill your Pokedex. If you want assistance with it all, check out our Pokemon Quest guides – we’ve got lots of help for newcomers.

With Pokemon Quest such a success, the next question likely is what will happen next with the game. It currently only contains the original 151 Kanto (Red/Blue/Green) generation 1 Pokemon – but now the game is successful, there’s a lot of scope for further expansion.