World of Warcraft’s latest expansion, Battle for Azeroth, launches today across the globe. We’ve gathered all the major timezones together and have a handy map so you can be poised to return to Blizzard’s epic MMORPG.

While you’re waiting, you can read up on our hands-on impressions from the Battle for Azeroth beta and our interview with Blizzard, in which the team discusses how they approached it like it was the last ever expansion. 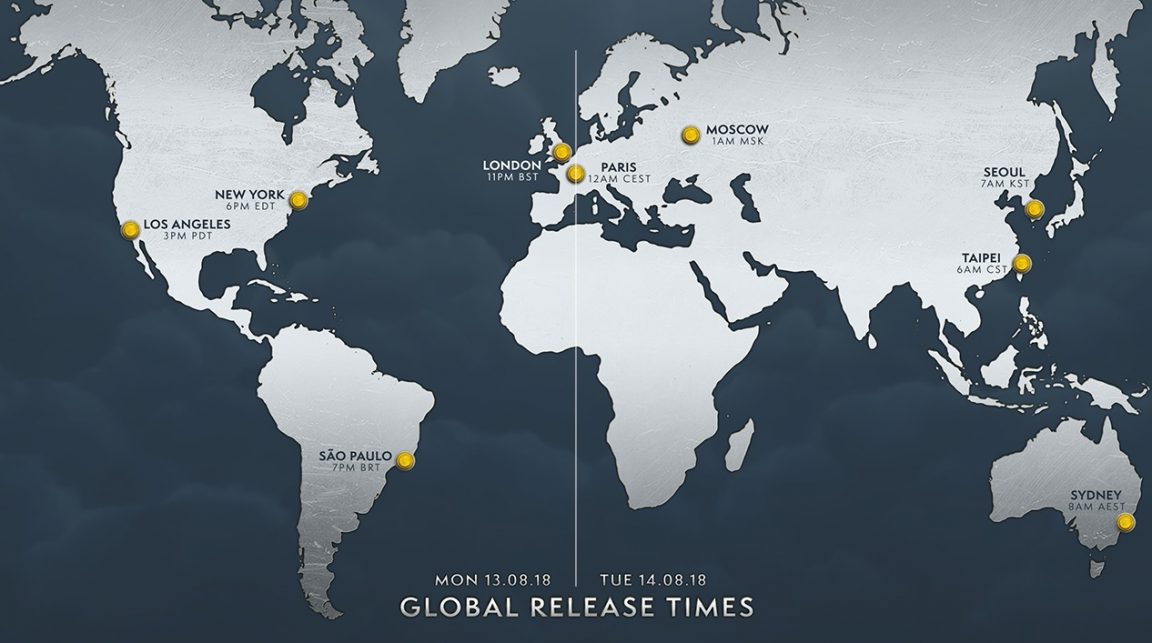 All the details of the pre-patch that launched last month are incluided below so you’re completely up to speed on Battle for Azeroth.

Blizzard announced that the World of Warcraft: Battle for Azeroth pre-patch will release on Tuesday, July 17 or Wednesday, July 18 depending on where you live.

More specifically, the update goes live following eight hours of server maintenance. This is when the patch will be going live.

It all kicks off today at 7am PDT, 10am EDT, 3pm BST. World of Warcraft server maintenance concludes at 3pm PDT, 6pm EDT, 11pm BST.

To help players prepare for the pre-expansion update, the studio released a “Survival Guide” video providing an overview of what’s to come.

There are a variety of features and system changes included in the pre-patch. Each lays the groundwork for the expansion.

Players have plenty to look forward to in Battle for Azeroth. Those who pre-order will receive a level-110 character boost and the ability to recruit the first four of the new Allied Races.

World of Warcraft: Battle for Azeroth will release August 14 on PC.