In this latest hands-on of Shadow of the Tomb Raider, Lara has left behind the tsunami-swept Cozumel where her reckless decision had inadvertently kicked off the Mayan apocalypse. This time, I’m finally finding out what Eidos Montreal means when it says it wants Lara to become one with the jungle. It turns out they literally want to throw her into it head-on.

As her pursuit of Trinity leads her to a plane over the Peruvian jungle, it seems the cataclysms have only just begun as an unexpected storm brings her flight crashing down.

Lara finds herself welcomed to the jungle by falling face-first into the mud, bringing our heroine to her knees, so to speak. Once she manages to retrieve her equipment from the the wreckage, it’s time to find her companions from the flight, including long-suffering friend Jonah, as well as the pilot.

Unfortunately, the last guy doesn’t make it, as it turns out there’s bigger problems than Trinity – and they happen to have sharp claws and big teeth. 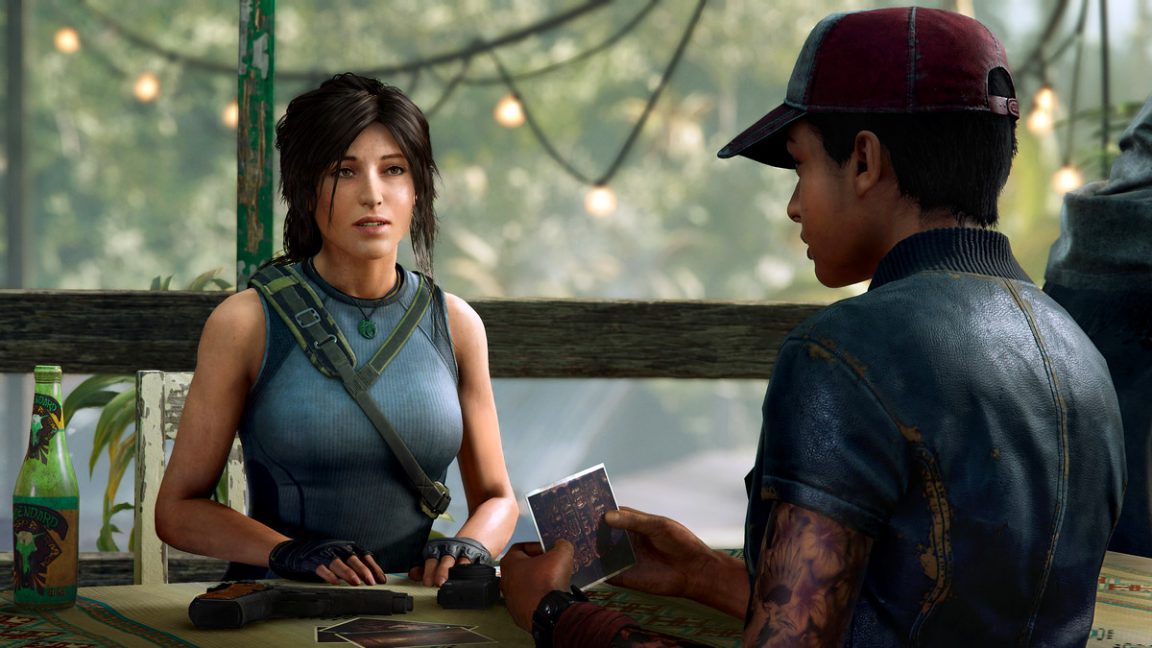 A tense duel with a jaguar – the queen of the jungle – has me swiveling the camera around in panic as I try to track the wild cat darting in and out of the shadows to loosen arrows at its head. It acts as something of an initiation into Shadow’s theme and mechanics – it wouldn’t be a stretch to compare the encounter to how Bruce Wayne confronts his fear of bats.

That said, I’m also sure that no batsuit was ever created from the skin or wings of real bats. In Lara’s case, she’s able to fashion a new outfit from the jaguar’s remains, which grant her stat boosts, a somewhat unexpected nod to Far Cry or Monster Hunter. Being grounded in gritty reality, don’t expect anything silly, but there will certainly be more variety of outfits that can be crafted in the final game.

It’s also transformative as Lara channels this fearful encounter into tactics that she will use against Trinity later, using the environment to strike fear into her enemies, from coating herself in mud camouflage to plucking out foes from the shadows, while soldiers on edge start blindly firing.

It’s a little hard at this point to gauge just how much the mud actually factors in keeping Lara concealed as I still end up using conventional cover methods and creeping up behind oblivious soldiers for a quick shank. Bloodthirsty strategies, from crafting then chucking a molotov into a group, to death-from-above takedowns remain intact. However, I do get to try out the Eagle’s Talon, a new takedown that basically has you hanging enemies up by the tree branch you’re perching on with a rope arrow. Grisly stuff.

That said, this demo isn’t a complete murderfest. In fact, there’s not even many firefights with Trinity. For one, It turns out another sinister force is already busy picking them off. I barely catch a glimpse of the creepy figure that jumps the soldiers from a distance before disappearing into the dense foliage, but it reminds me of those fuckers from The Descent, and it’s a relief it doesn’t come back.

Another shift from the action-heavy combat of previous entries is that puzzles feature more prominently in the campaign, though optional Challenge Tombs are still available (I’m alerted to at least two during this session). From trying to unlock a door by matching glyph puzzles to negotiating a tower with platforms and ledges you need to get moving, there’s a good mixture of flexing the grey matter as there is traversing treacherous environments. But it’s the latter that creates more of a perilous adrenaline-rush than just having Lara skulking around as a relentless killing machine.

There’s plenty of scrambling and climbing up ledges (changing the difficulty can also turn off the usual environmental hints) while the grapple axe skill from Rise also returns, letting you grapple from one point to another in mid-air. New skills also allow her to rappel down or run along cliff faces, though it’s the return of underwater swimming sections that are a highlight and callback to the very first game. 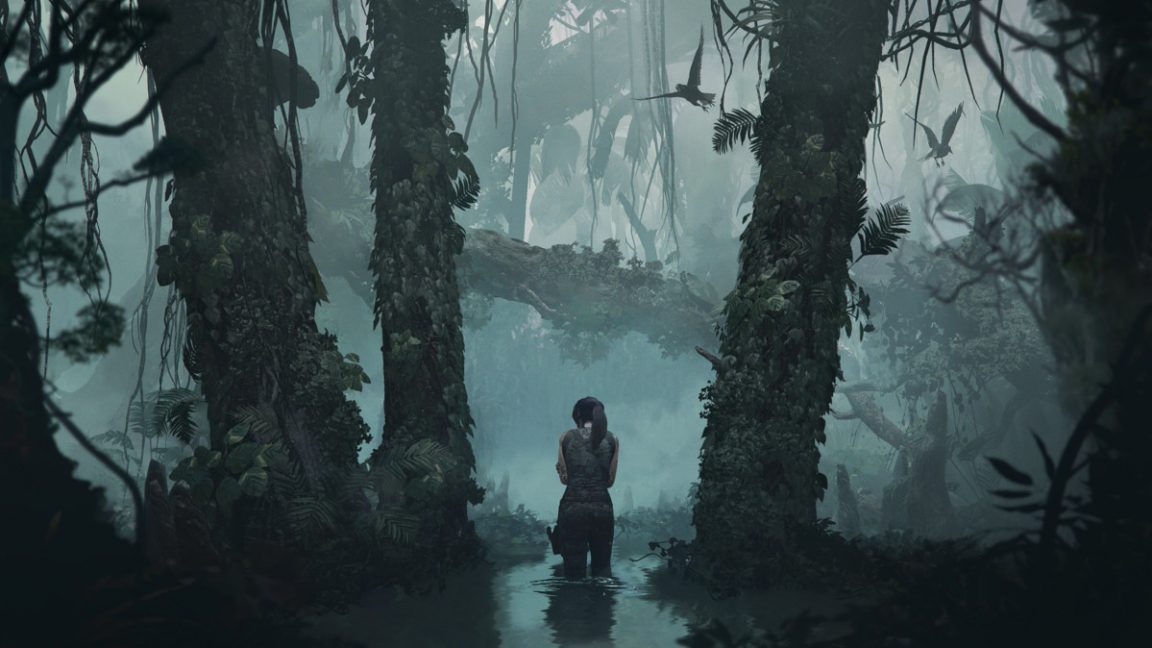 There’s of course just as many hazards underwater, never mind making sure you find the small pockets to resurface so you don’t drown. In these underwater caverns, I encounter eels that try wrapping themselves around you (easily dealt with by a mashing QTE) and schools of piranhas that mean instant death if they catch you in their sights. And did I mention one puzzle also punishes you by dropping you into a pit of snakes (why’d it have to be snakes)? It’s clear that Trinity is not as big a threat as all these hungry predators are in the wild.

It’s not all gruelling survival. Although Lara finds herself alone in her first steps in the jungle, it’s not long before she’s reunited with Jonah. At the midpoint of this session, they also come across the village of Kuwaq Yaku, where a new friendly face comes in the form of local mechanic Abby, who Jonah seems to have a thing for – picking up on this, Lara even makes an excuse for him to stay with their new acquaintance at the bar while she heads off to explore further afield. Kuwaq Yaku may not be a large hub in the way that the hidden city of Paititi has been promised to be (incidentally, the end destination of this demo), but it’s nonetheless teeming with life, with other local inhabitants to converse with or receive side quests from.

These little interactions with other characters also offer a different glimpse of Lara outside of po-faced quest mode. While’s it’s hardly Nathan Drake levels of banter, it’s still a nice surprise to see a smile or a laugh – you know, some genuine human warmth – if only to briefly alleviate the weight of the impending apocalypse on her shoulders. The thriving atmosphere seen in Cozumel at the beginning of the game is not just a one-off then – Shadow of the Tomb Raider shows that the series isn’t just about exploring ruins of a lost civilisation or killing mercs, but interacting with the people and their culture, and of course how this all connects to Lara’s own personal story of discovering who she is supposed to be.