It’s a classic conundrum in any Pokemon game – how do you determine which Eevee evolution you get in Pokemon Quest?

There’s a lot unique about Pokemon Quest, of course, like how you catch Pokemon through cooking and recipes. Pokemon Evolution is generally simplified (it’s all about level now, with all evolution-based items removed) – but Eevee is a bit of an exception with a unique way of evolving. So, let’s get to it – here’s how Eevee Evolution works in Pokemon Quest… 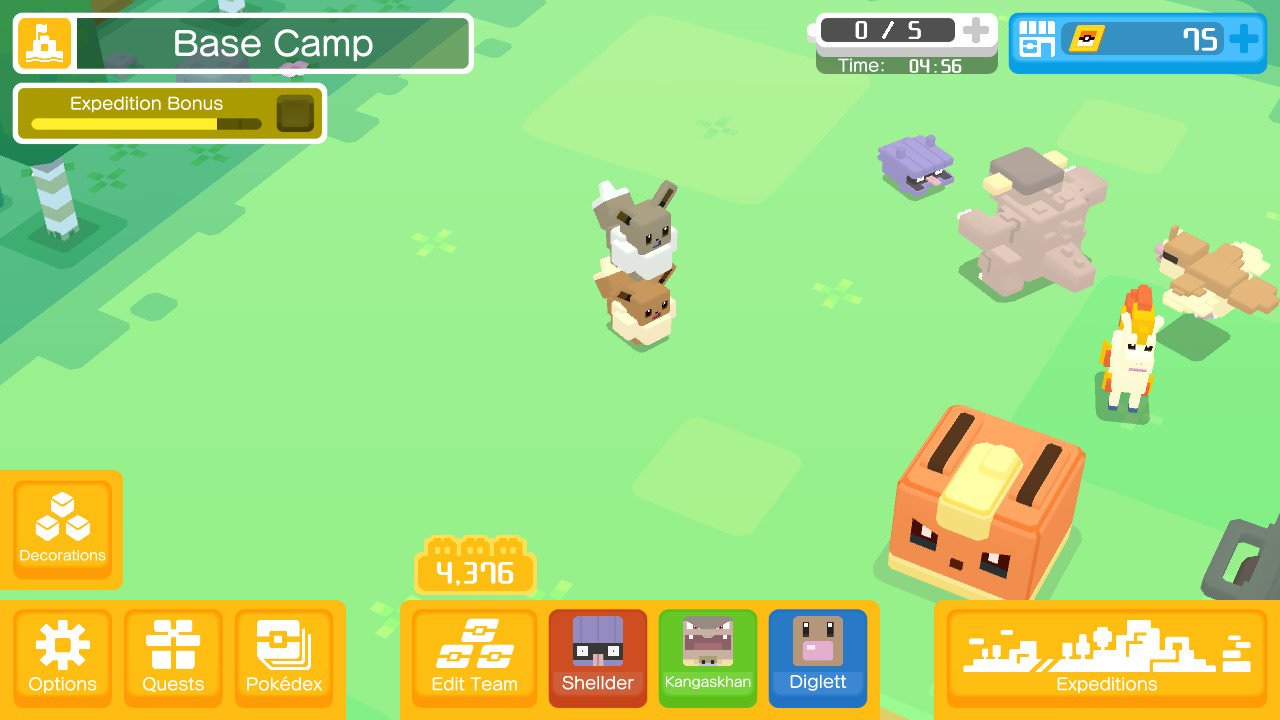 Okay, some housekeeping right up top: only the original 151 Kanto region Pokemon (Red/Green/Blue/Yellow on Game Boy) are available in Pokemon Quest – so that means that only the original three Eevee Evolutions are available. That’s Flareon, Jolteon and Vaporeon. The other Eevee Evolutions added later, including my favorite Espeon, aren’t yet available. They may be added at a later date, however.

First up, recruit an Eevee to your camp. Eevee Evolves at Level 36. Once you’re at level 35, prepare to make changes to your Eevee in order to get it to where you want it to be in order to get the desired evolution. Which Eevee Evolution you get is based on the Attack and HP values of your Eevee – and you can edit those by equipping stones. Here’s how to get each:

All of these stats are nicely visible in the main menus of Pokemon Quest, and all you have to do is use Power Stones to adjust the Attack and HP stats, thus changing the stats to be closer to what you need for your desired evolution. By the time your Eevee is level 35 you’ll have lots of power charm slots available, so you’ll have a lot of flexibility to make things the way you need it to be. If you need more power charms, complete expeditions – they drop as rewards.