Nintendo announced new fighters and Echo versions today during a Nintendo Direct presentation devoted to Super Smash Bros. Ultimate. Monster Hunter’s Rathalos will also be added to the game as both a boss and assist trophy.

Along with Castelvania’s Simon Belmont, King K. Rool was announced.

Belmont’s signature weapon will be his whip, with special attacks true to the Castlevania series. This includes the axe, cross, holy water and Grand Cross Final Smash.

His stage is Dracula’s Castle, with candlesticks which will release an item when destroyed. Alucard from Castlevania: Symphony of the Night appears as an Assist Trophy, lending his cursed steel in battle. Richter Belmont , noted above, will appear as an Echo fighter.

King K. Rool, the villain from all three Donkey Kong Country, will attack with a blunderbuss firing cannonballs at opponents. He also throws his crown which will act as a boomerang.

Dark Samus and Chrom will also appear as Echo fighters along with Richter Belmont. 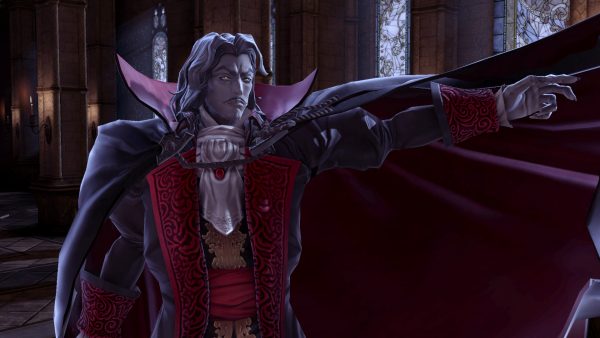 For those unfamiliar with the latter, they are basically clones. Using Daisy and Peach for example, basically they will each have the same moves, but with slightly different properties to make them play differently. Another example is the Echo fighter Dark Samus, who will probably be slower but hit much harder than Samus.

When stacked, players can change between them with the press of a button. It’s up to players to decide how they want them displayed.

The Nintendo Direct also announced returning stages will be updated with new visuals and tweaks. New stages include the aforementioned Dracula’s Castle from the Castlevania series, and the New Donk City Hall from the Super Mario Odyssey game was announced today.

More than 100 stages will be in the game, and due to the inclusion of Battlefield and Omega forms, there will be over 300 total stages available from the start. 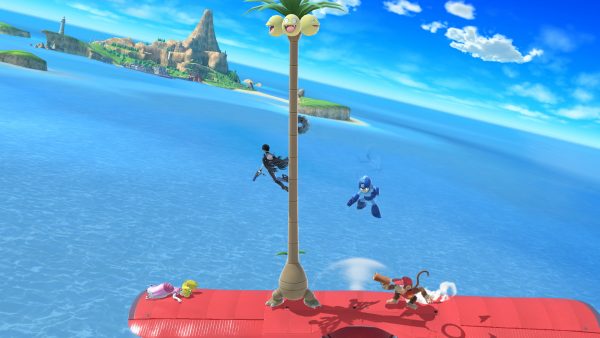 Each stage in the game will also support eight-player battles and feature the ability to turn off hazards like the Yellow Devil in Wily Castle.

Stages will also morph.  This is an option allowing players to transition between two different stages. When the Stage Morph option is selected,  one stage will transform into another during battle.

A variety of music choices with the ability to create playlists was announced. There will be around 900 racks in total, and players will be able to select specific music tracks for each stage using My Music.

When on a certain stage, The Legend of Zelda  for example, the player can select any music track included from that franchise. Counting game music tracks and other music, like in-game menus and other short musical passages, there are approximately 900 compositions. 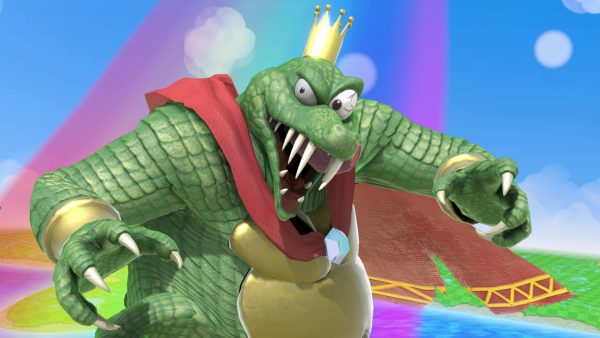 Here’s even more information on Super Smash Bros. Ultimate sent over by Nintendo:

Items:  New items being added to Super Smash Bros. Ultimate include the Banana Gun, Killing Edge, Bomber, Death’s Scythe, Staff, Ramblin’ Evil Mushroom and Rage Blaster, among others from a wide variety of different video game franchises. Items in the game can be picked up and used offensively and defensively in battle.

Pokemon: After players throw a Poke Ball in the game, many new and returning Pokemon may appear to assist in battle. Some of these Pokemon include Abra, Solgaleo, Lunala, Mimikyu and the enormous Alolan Exeggutor.

Assist Trophies: Some of the new Assist Trophies that are joining Super Smash Bros. Ultimate include Zero from the Mega Man X series, Knuckles from Sonic The Hedgehog, Krystal from Star Fox Adventures, Rathalos from the Monster Hunter series, Shovel Knight from, well, Shovel Knight and the evil Moon from The Legend of Zelda: Majora’s Mask.

Classic Mode: The single-player mode in which players battle against a series of fighters will return in Super Smash Bros. Ultimate. Each fighter has a set of stages and opponents that she or he will face.

Stamina Battle: In addition to Time Battle and Stock Battle, Stamina Battle is also one of the standard modes in Super Smash Bros. Ultimate. In Stamina Battle, players fight to deplete each other’s stamina until only one fighter is left standing.

Squad Strike: When playing Squad Strike, players will participate in 5-on-5 or 3-on-3 skirmishes, with each player using either five or three consecutive fighters in one battle.

Tourney Mode: Up to 32 players can participate in Tourney mode, making it great for parties or events with a lot of people. And since Nintendo Switch can be played anywhere, these tournaments can even take place in unexpected places.

Smashdown: After battling in this mode, the previously selected fighters will no longer be available, forcing players to have to pick a different fighter for the next round. This mode favors players who are skilled with multiple fighters and encourages others to diversify their rosters.

Training: The improved Training mode in Super Smash Bros. Ultimate includes an exclusive stage that features a grid, used to help measure the distance and trajectory of special moves and fighter knockback.

Super Smash Bros. Ultimate includes every character from previous entries. We’ve gathered all confirmed characters so far in the story, and are in the process of updating it again with the new announcements. 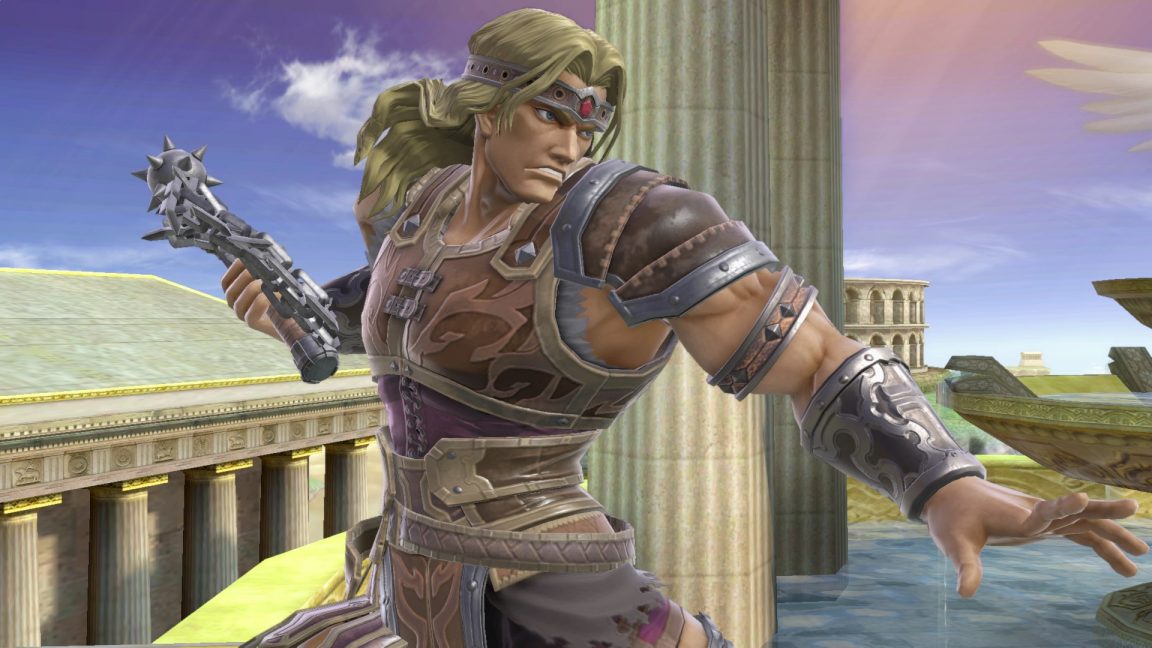 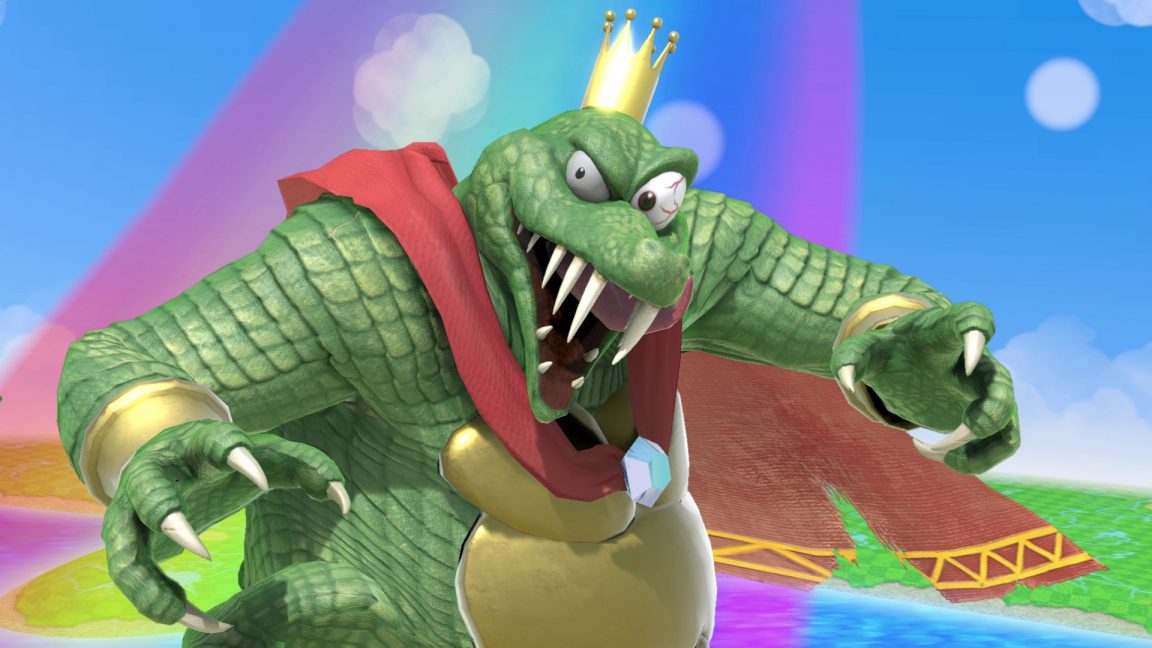 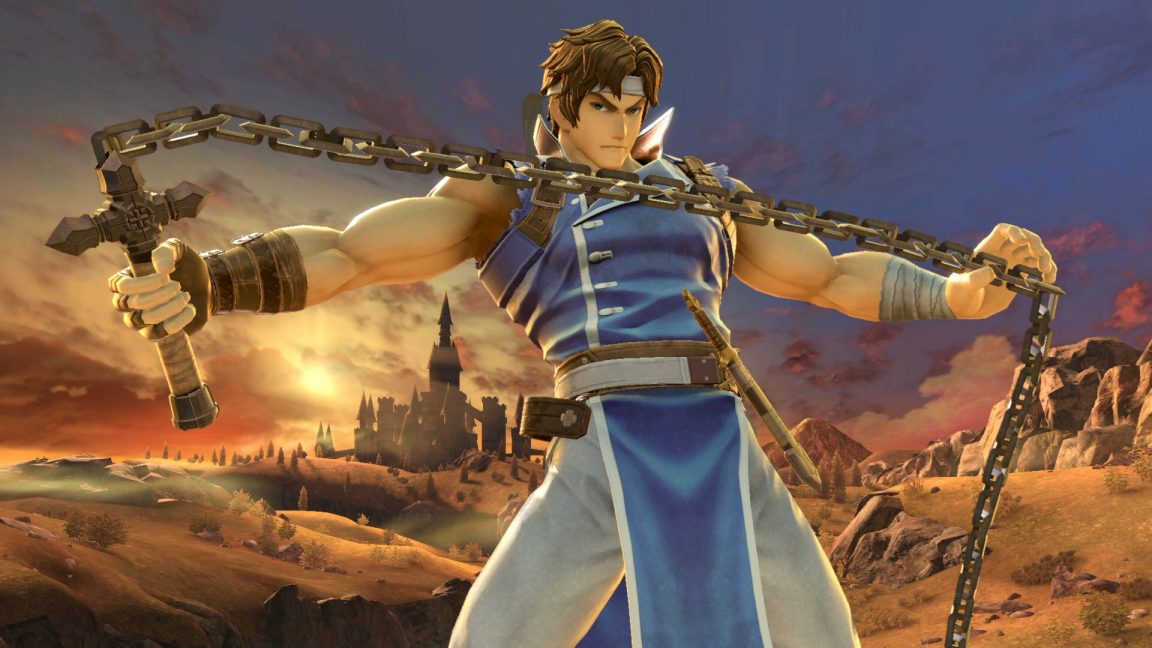 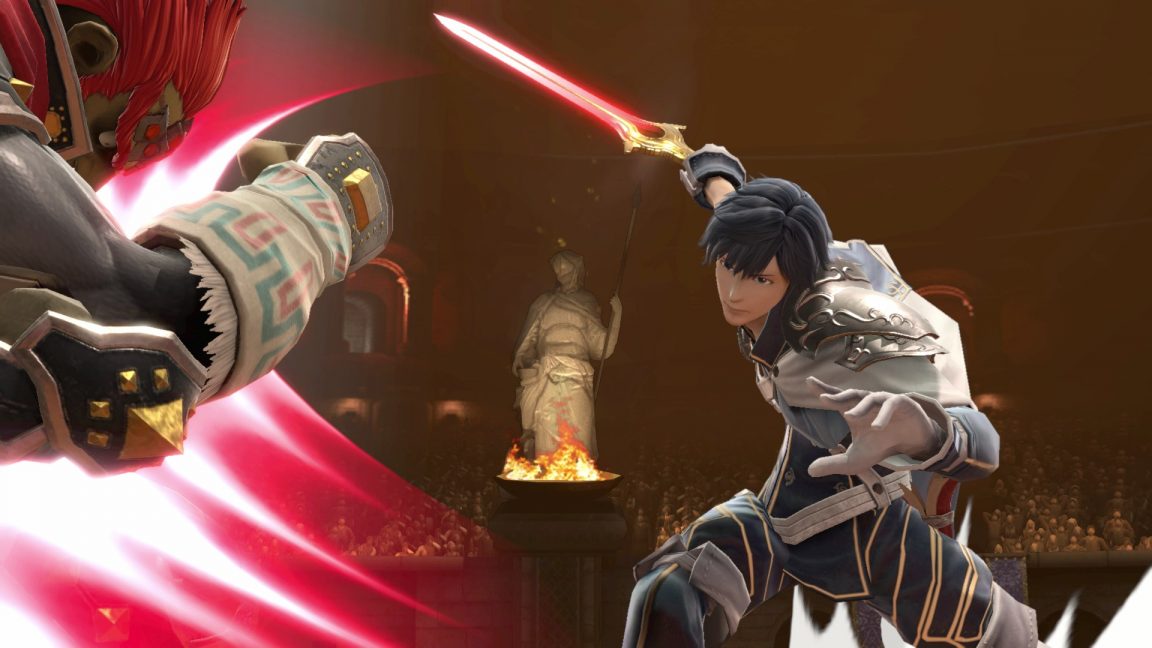 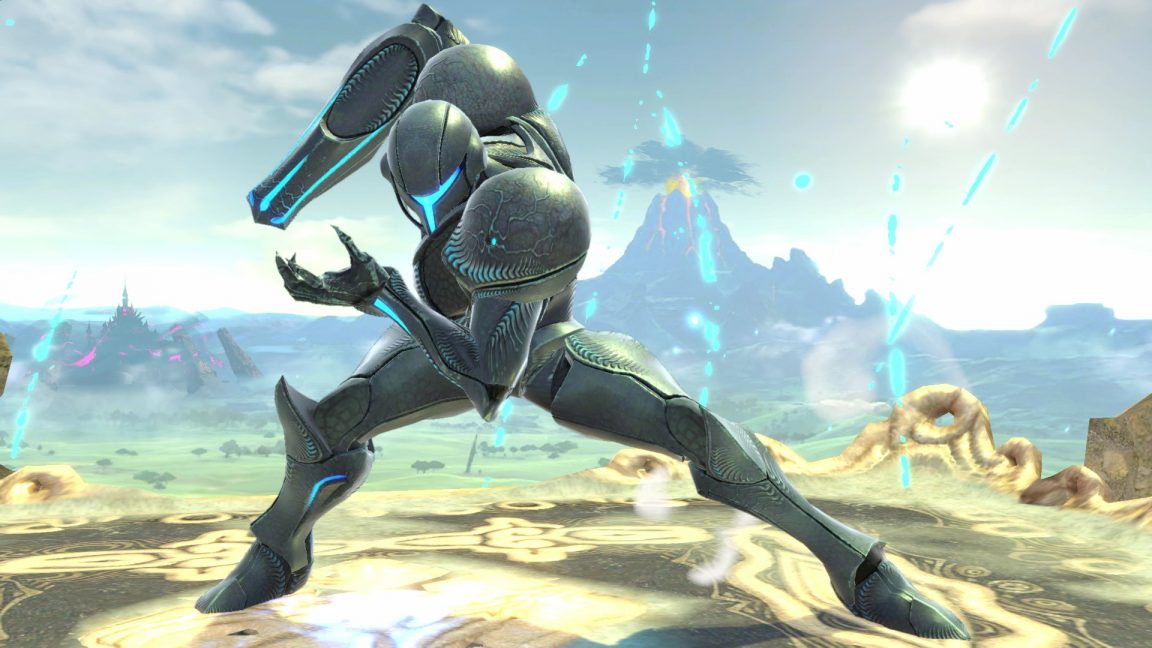 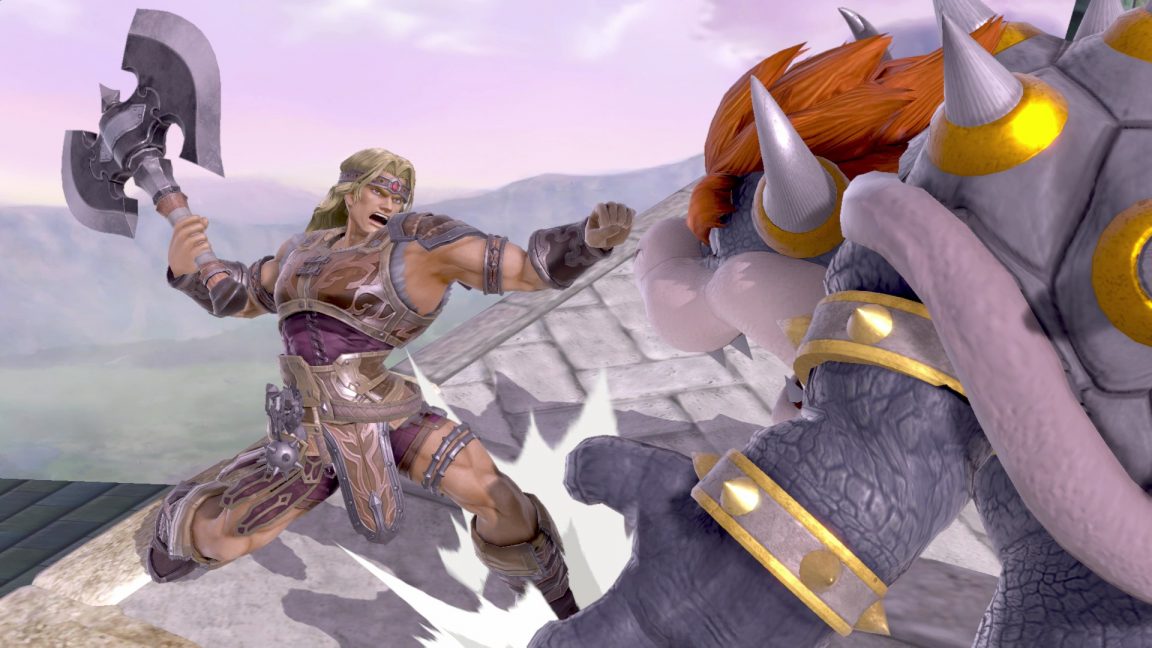 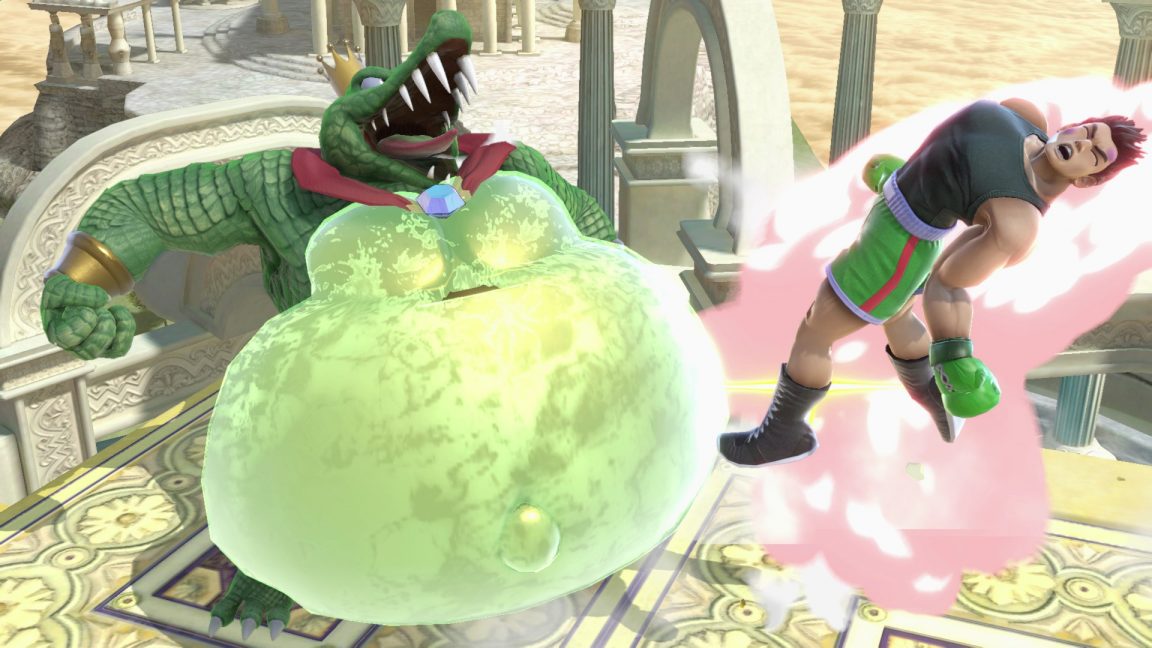 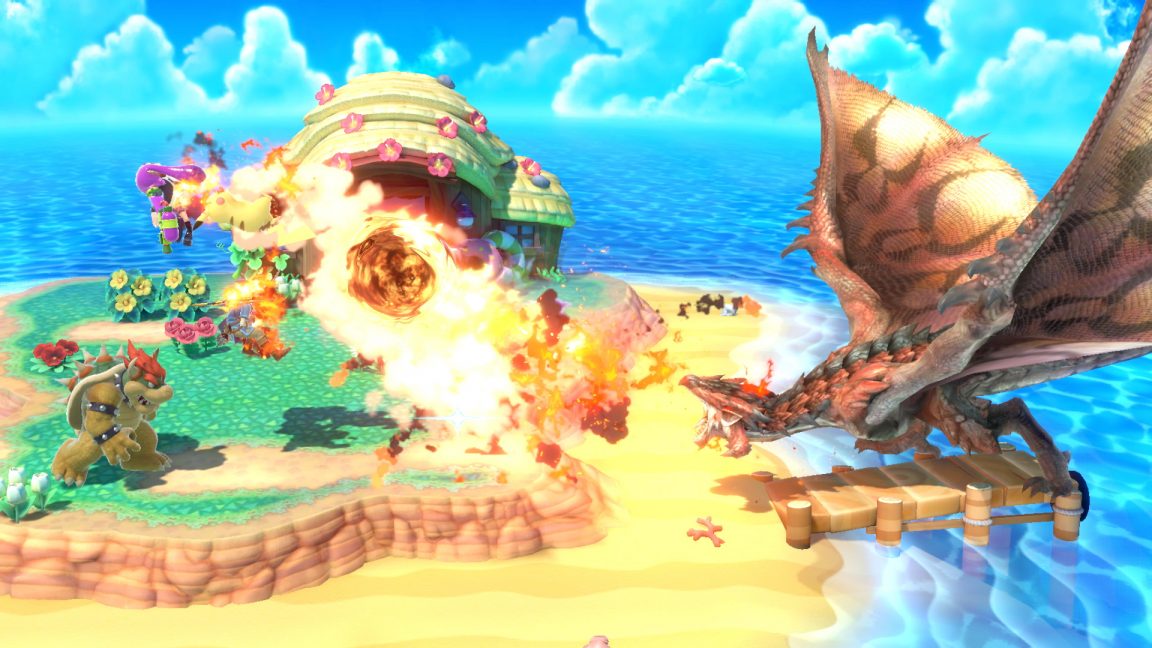 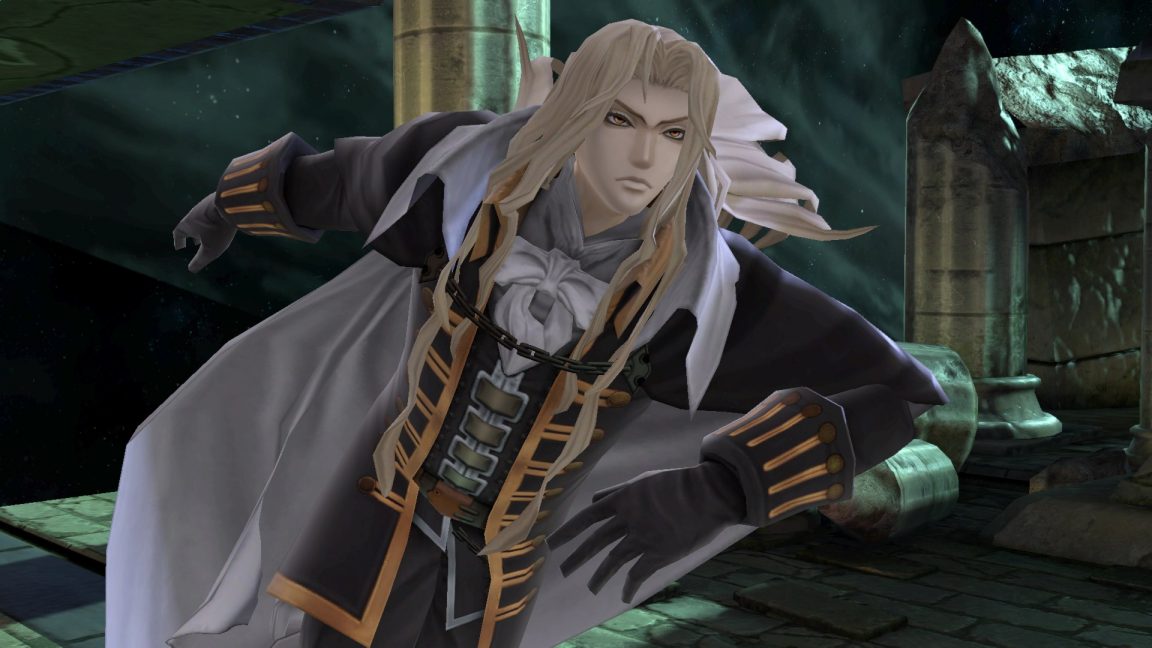 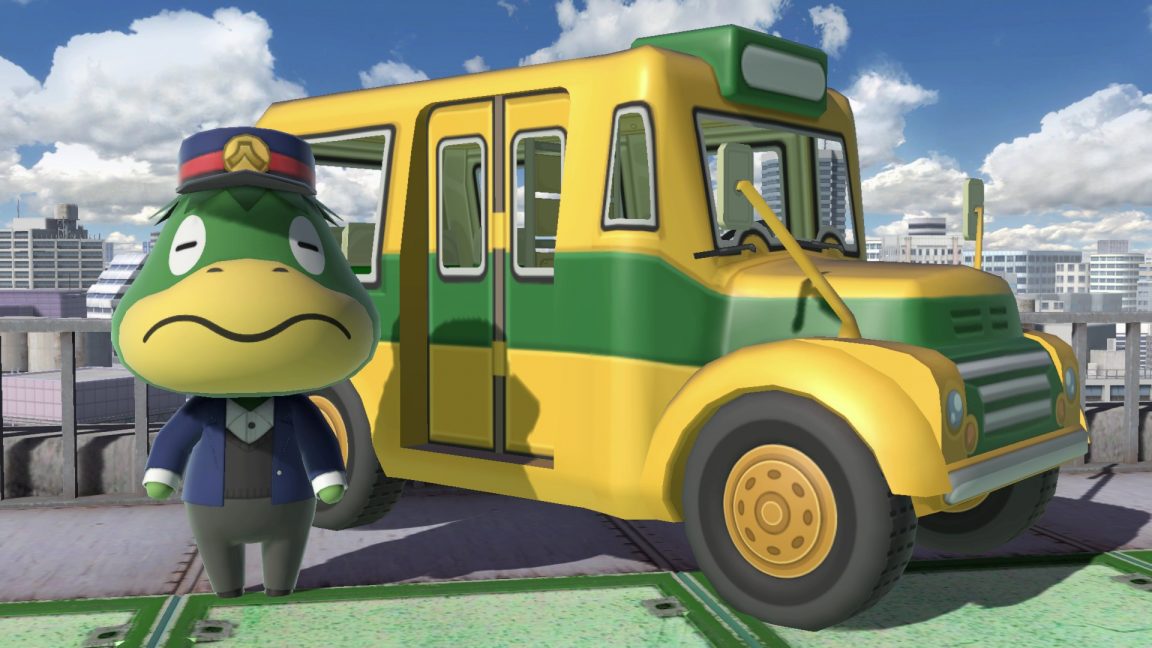 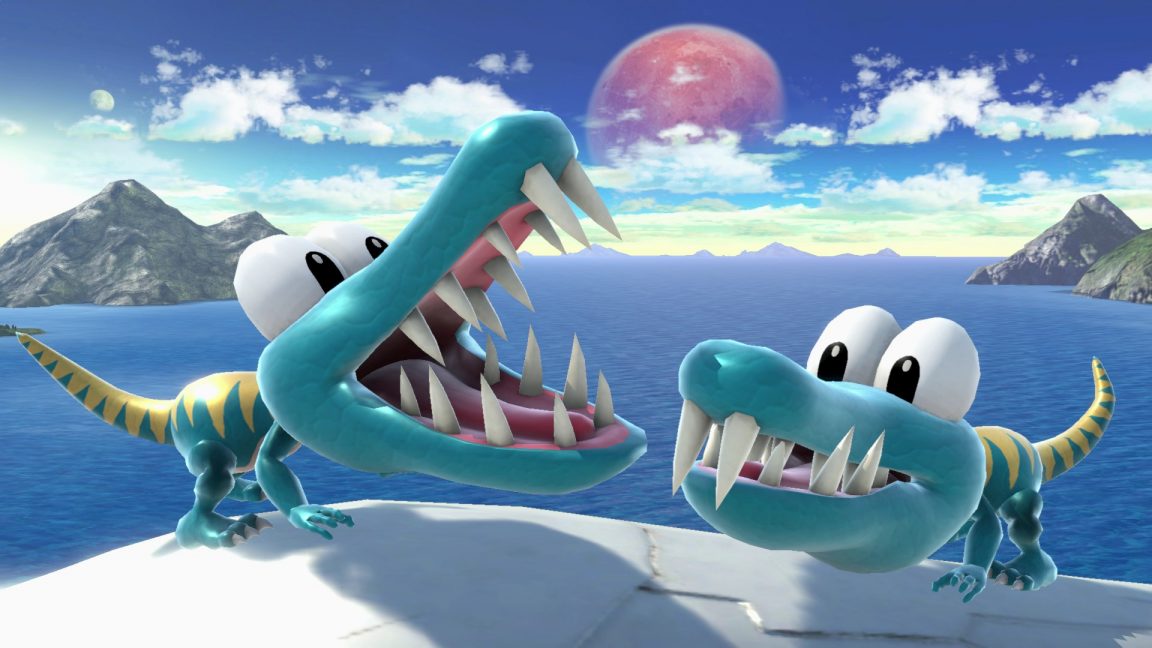 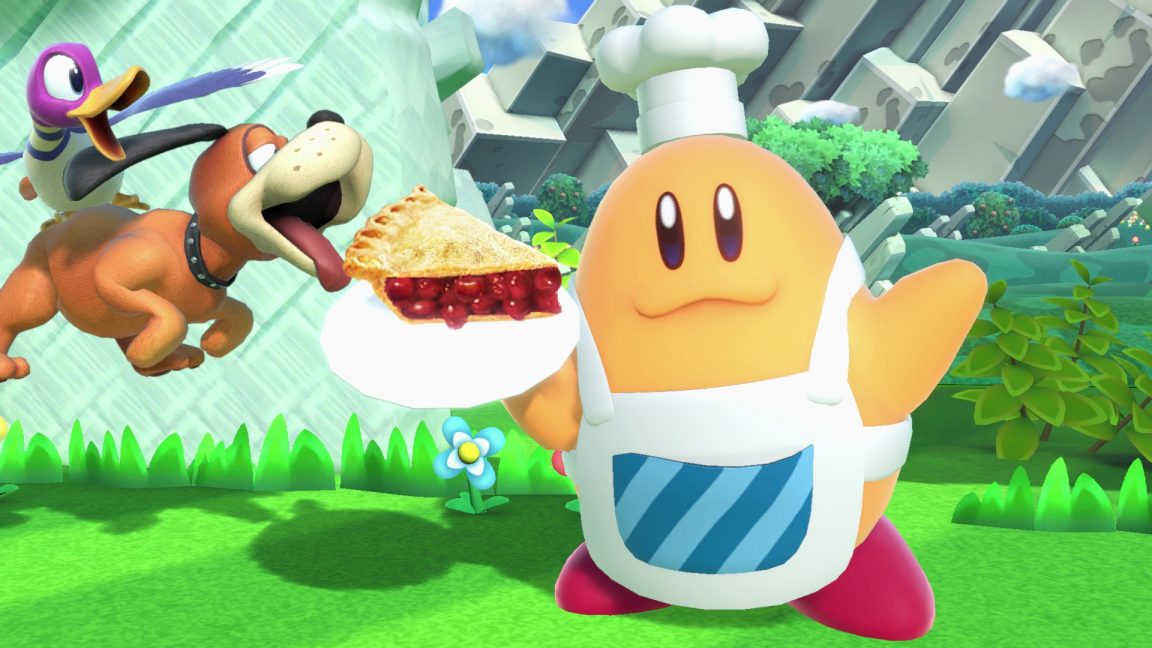 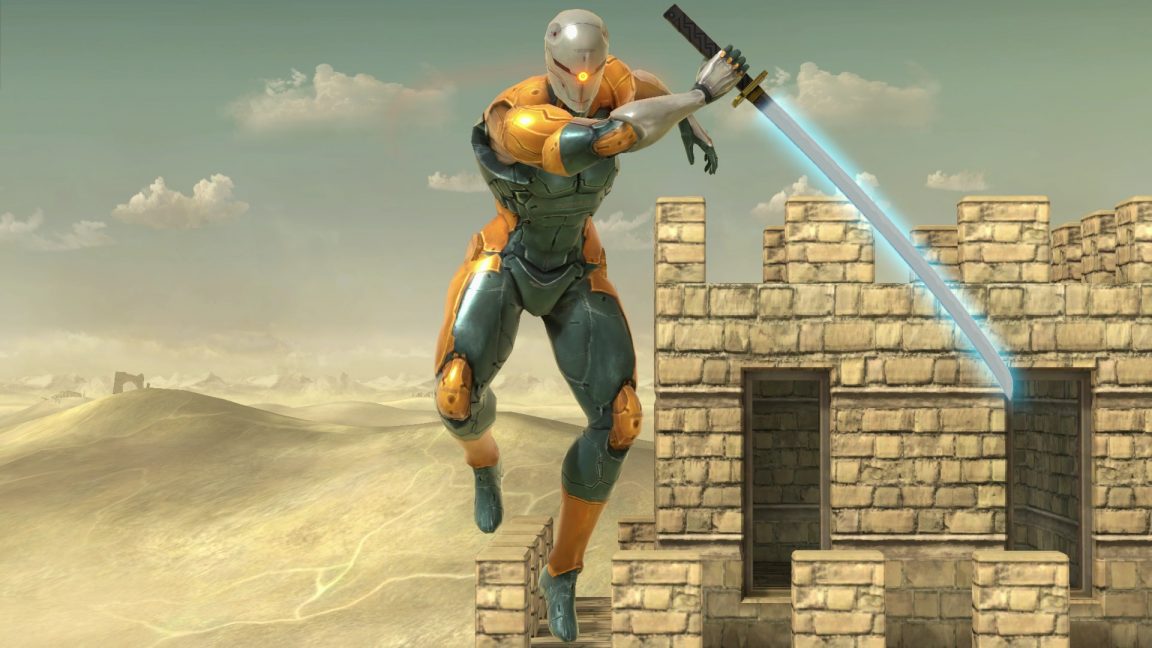 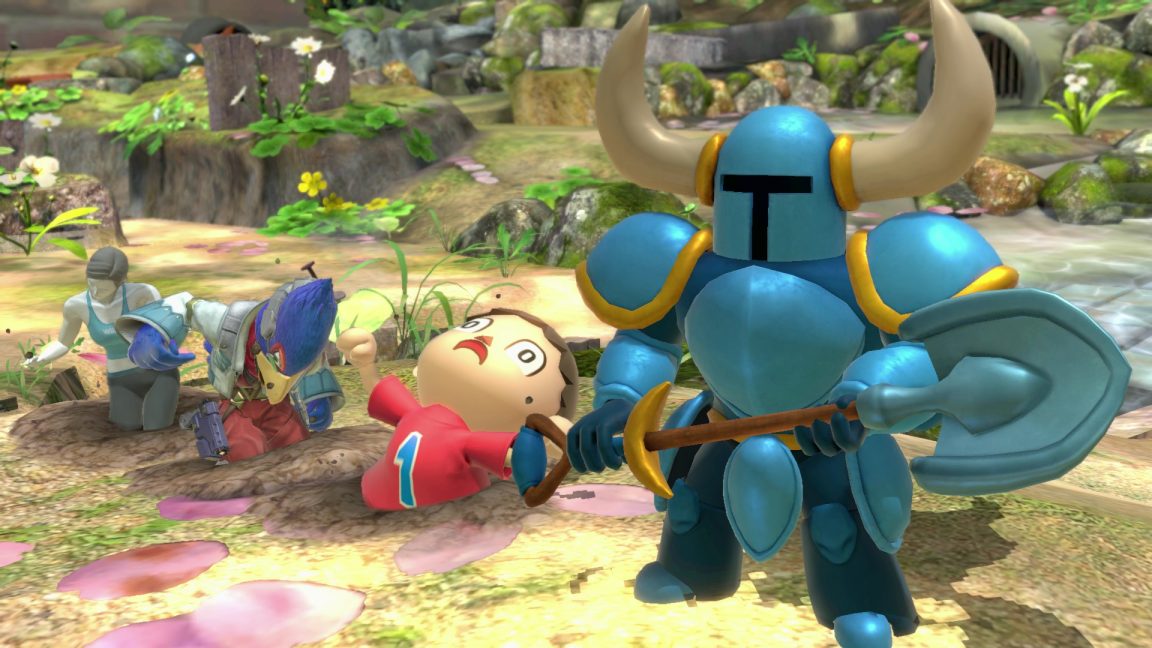 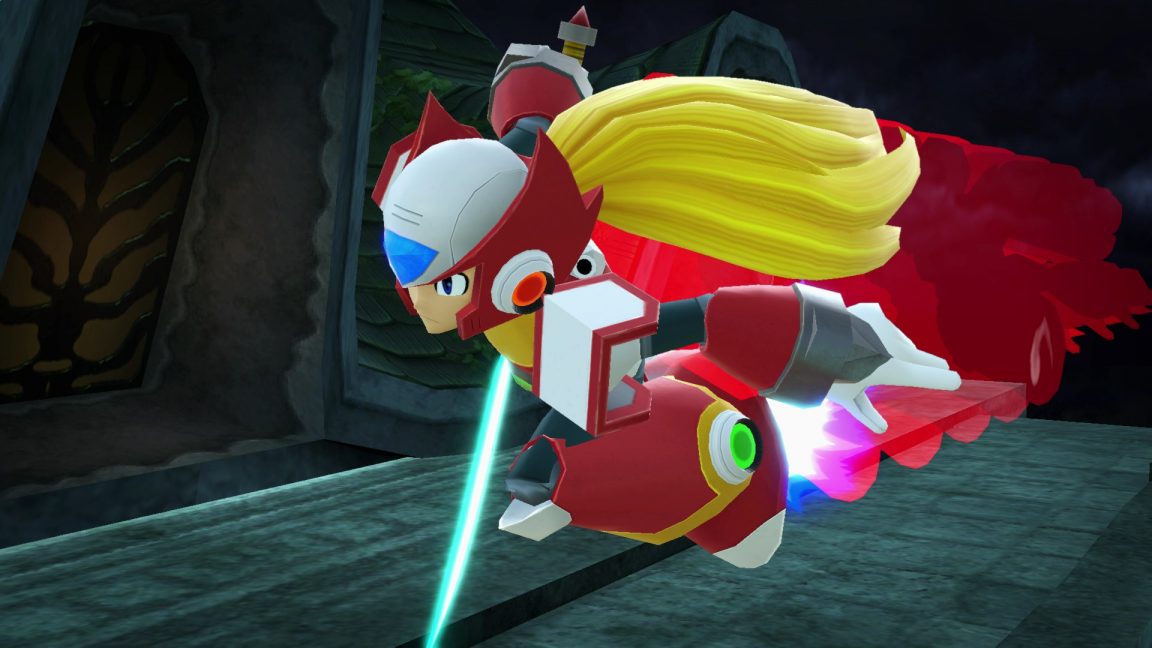 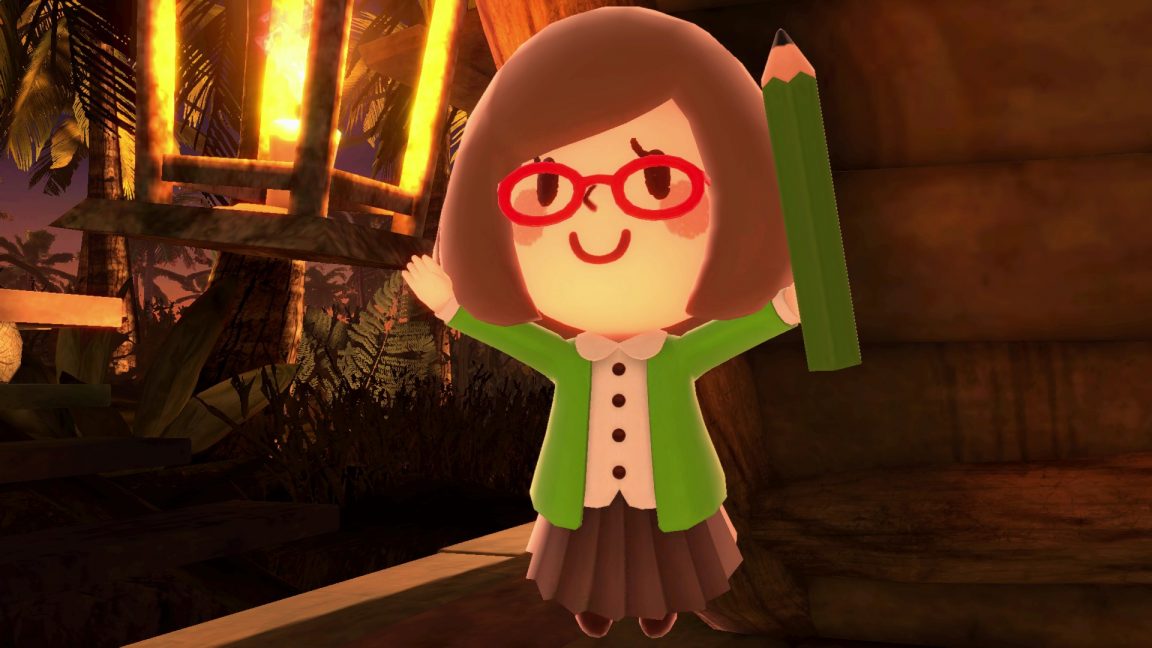 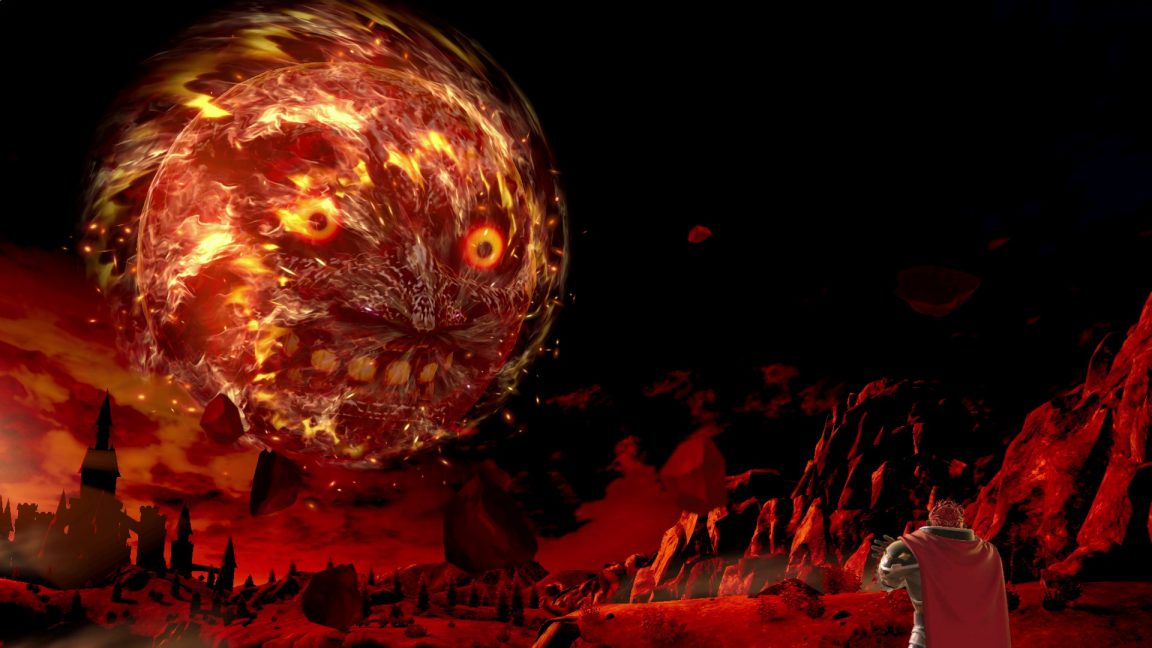 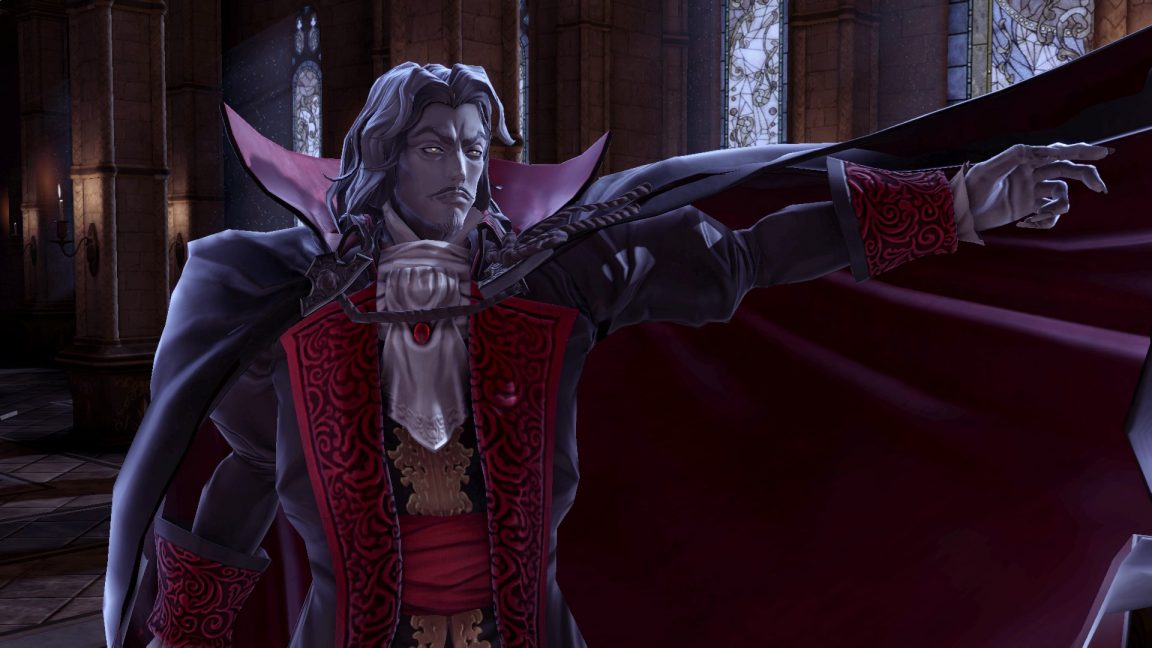 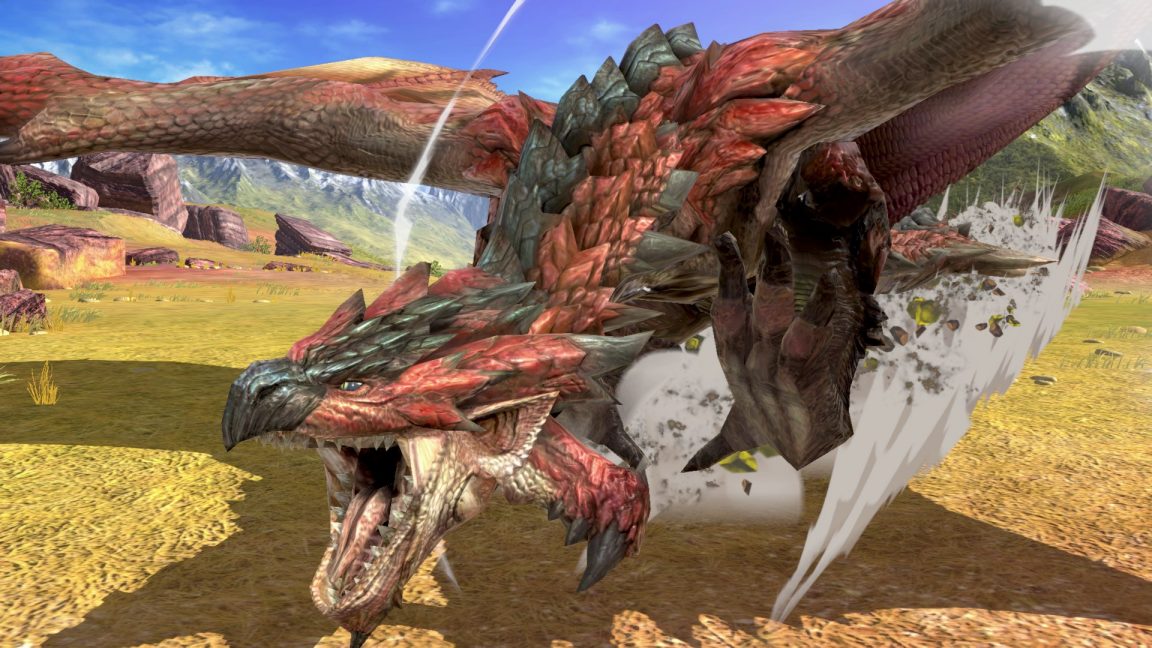 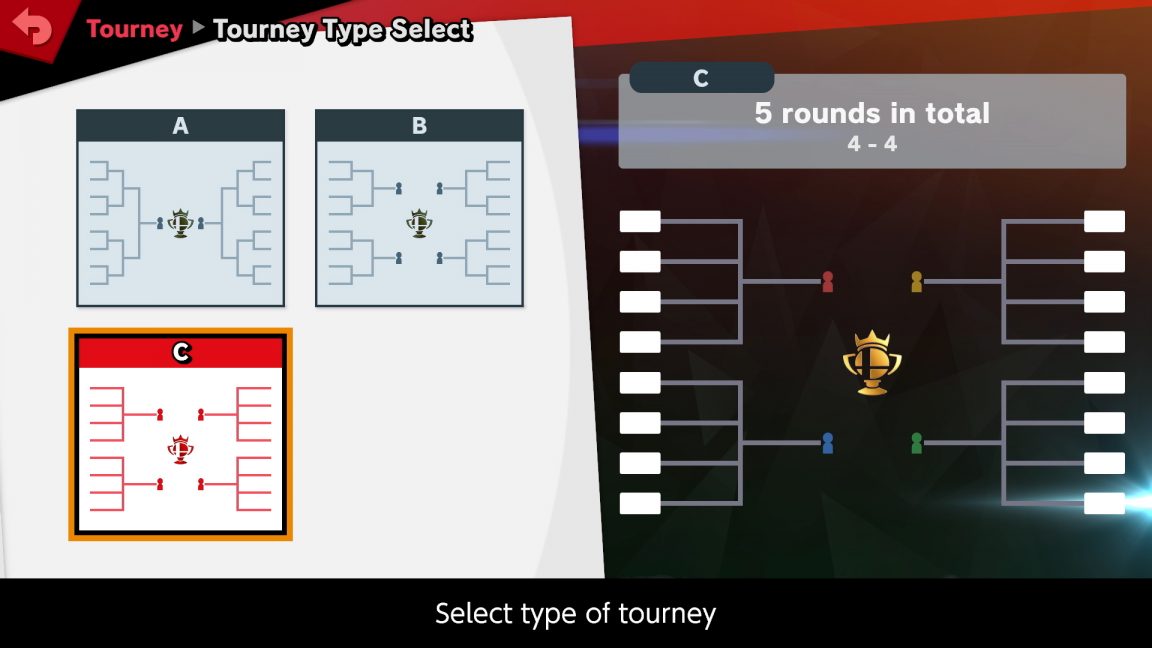 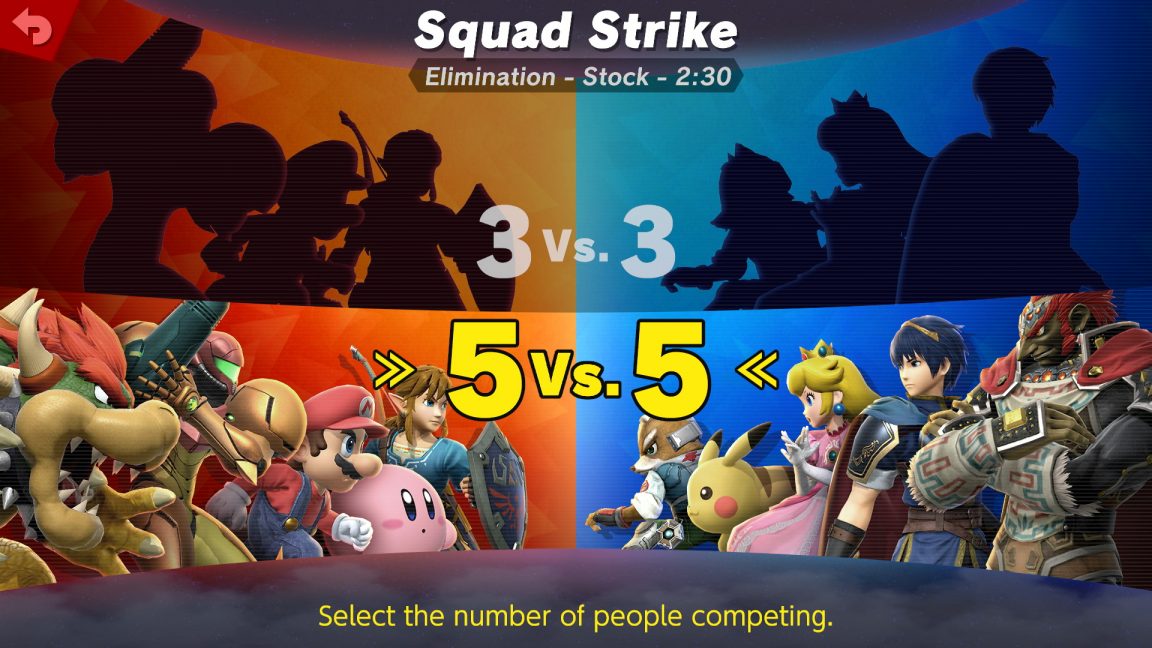 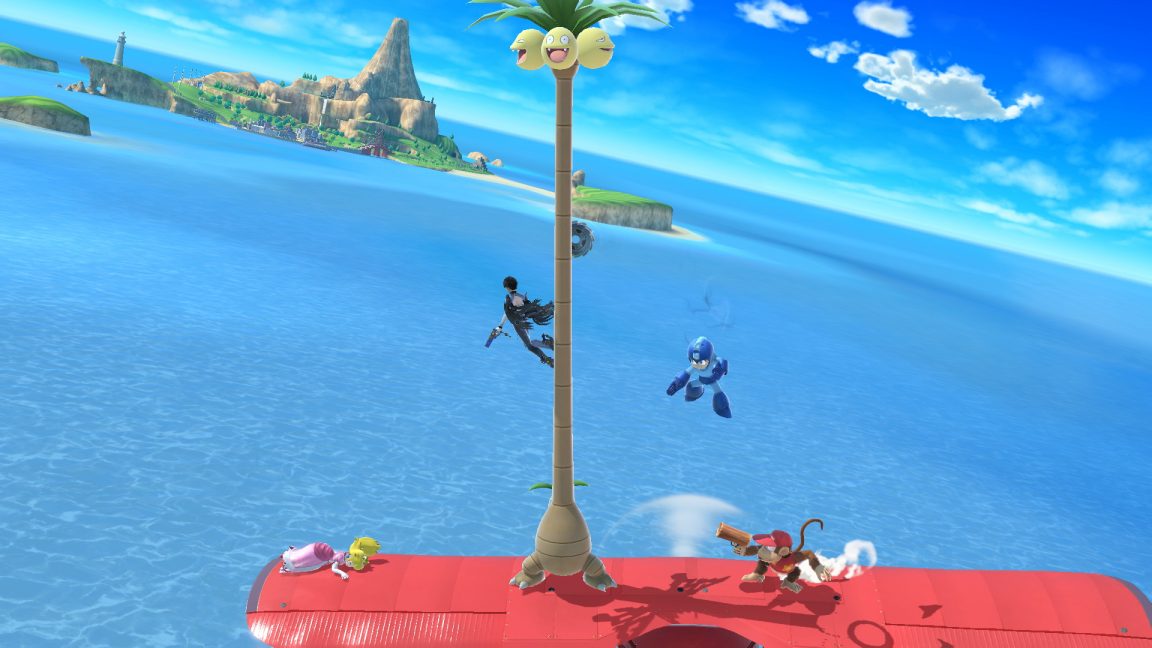 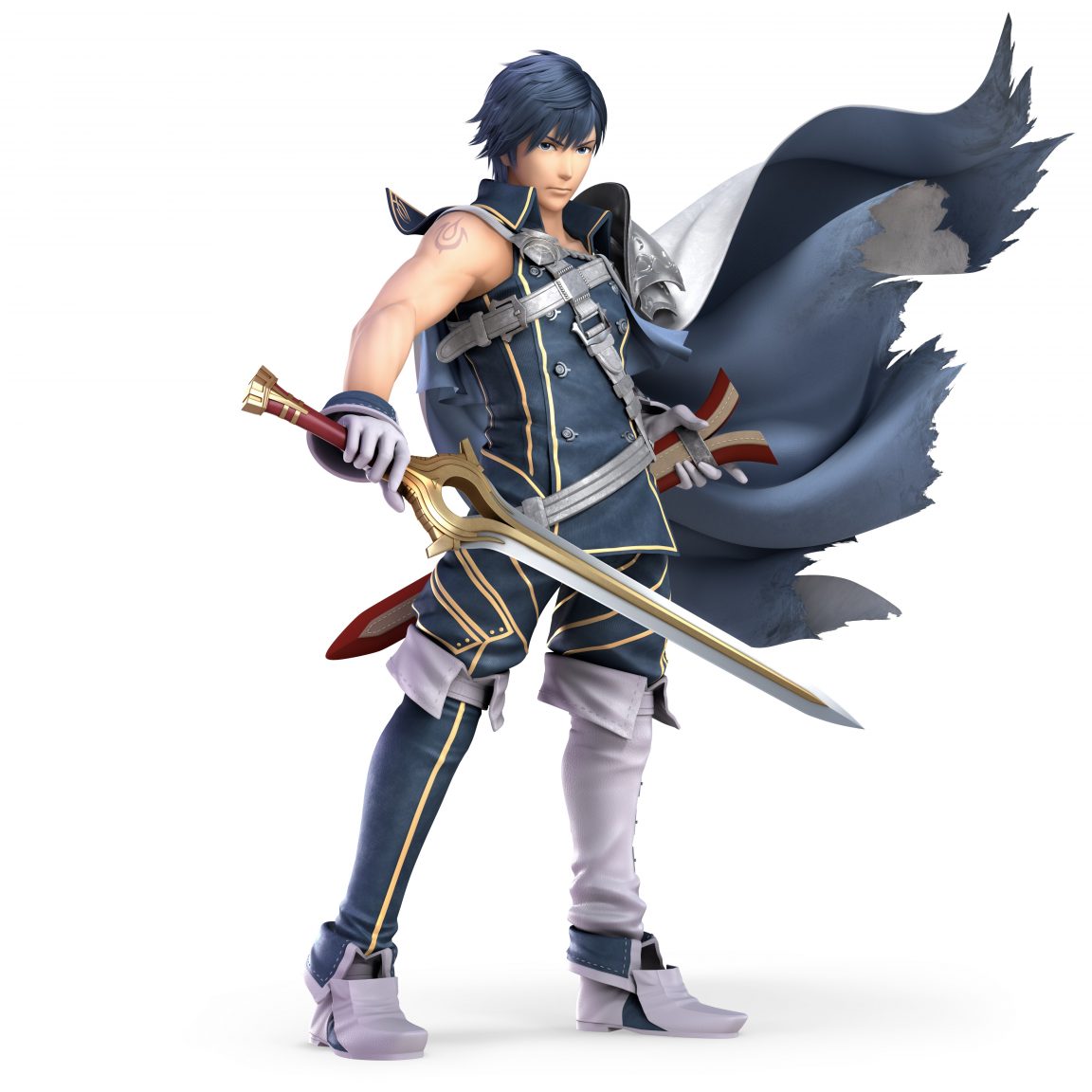 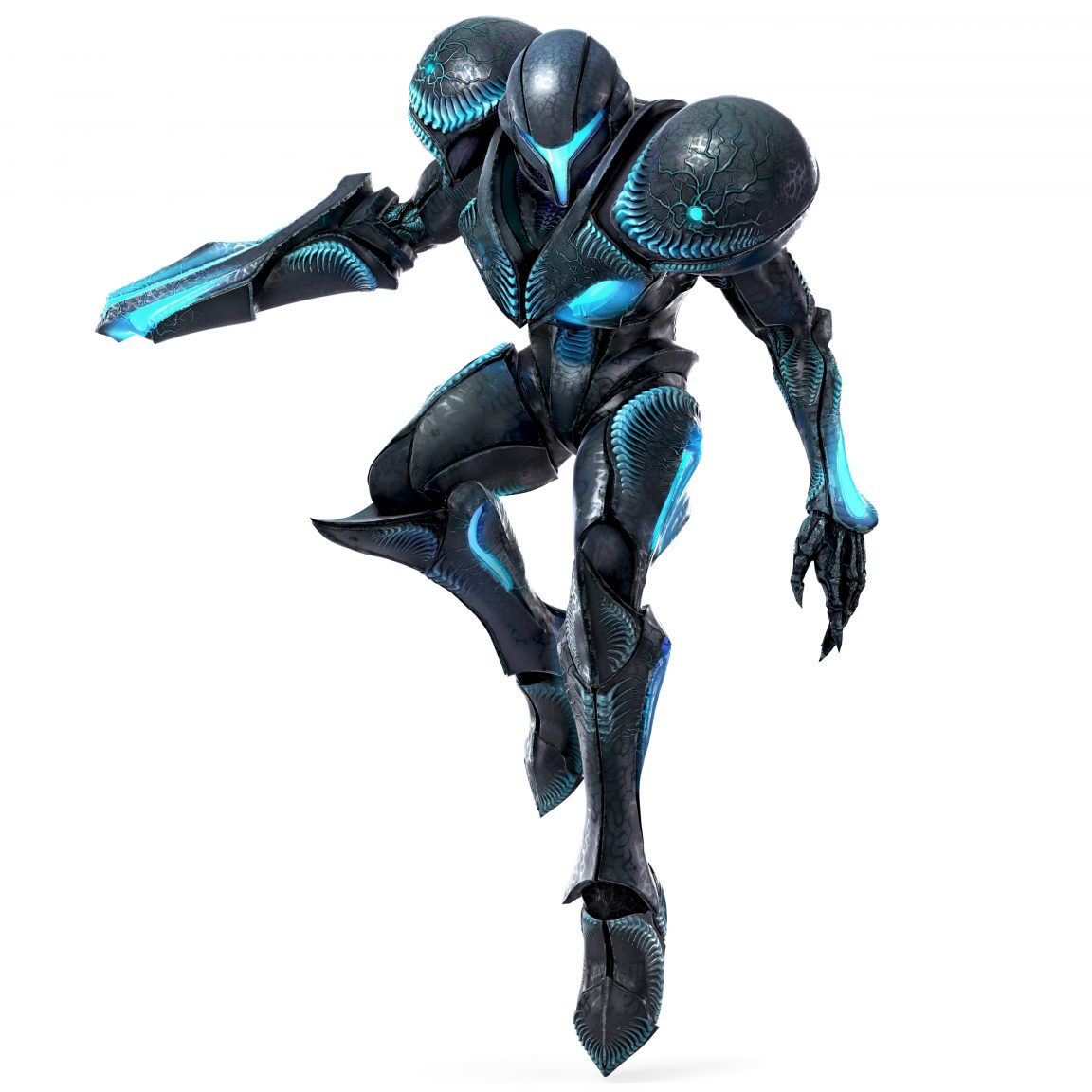 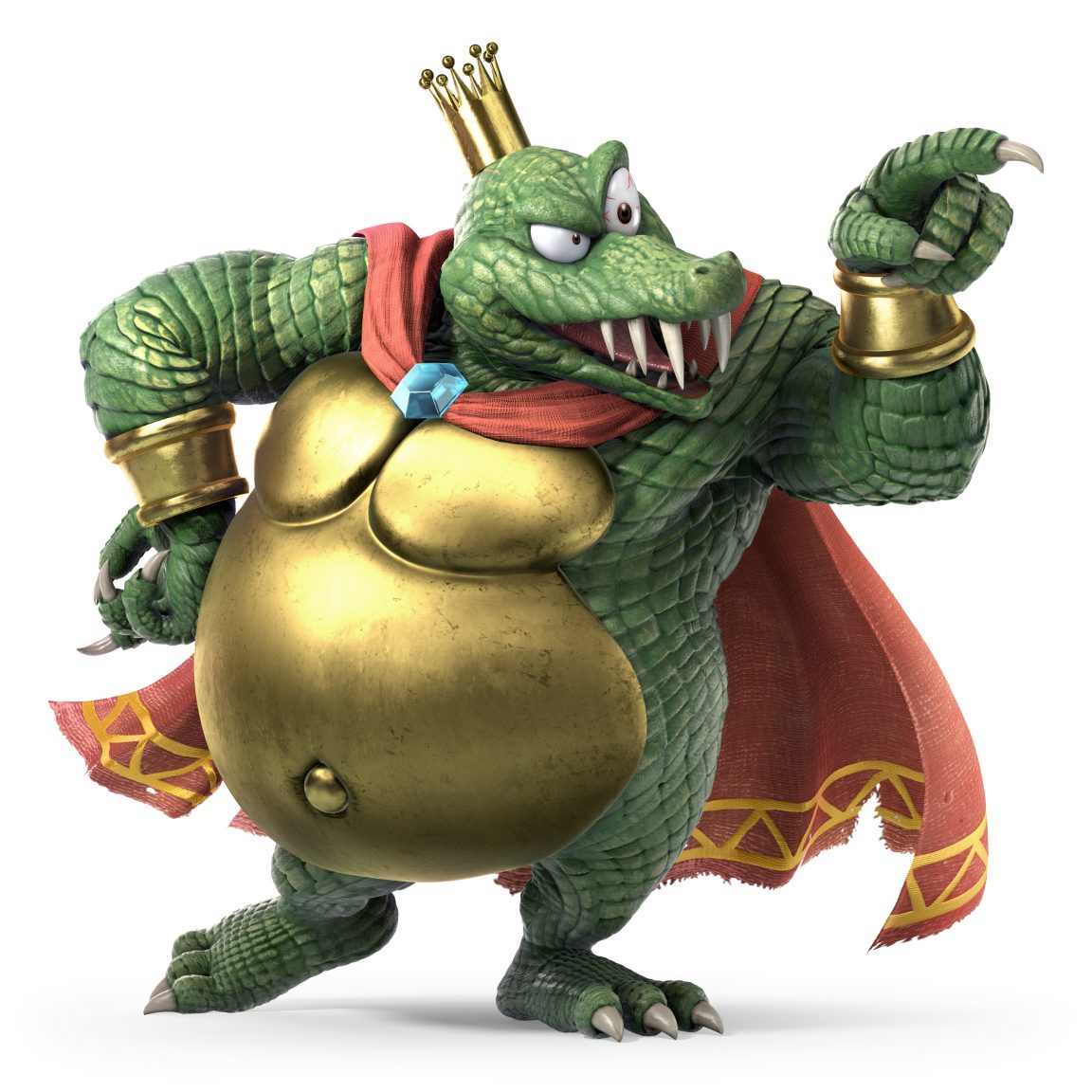 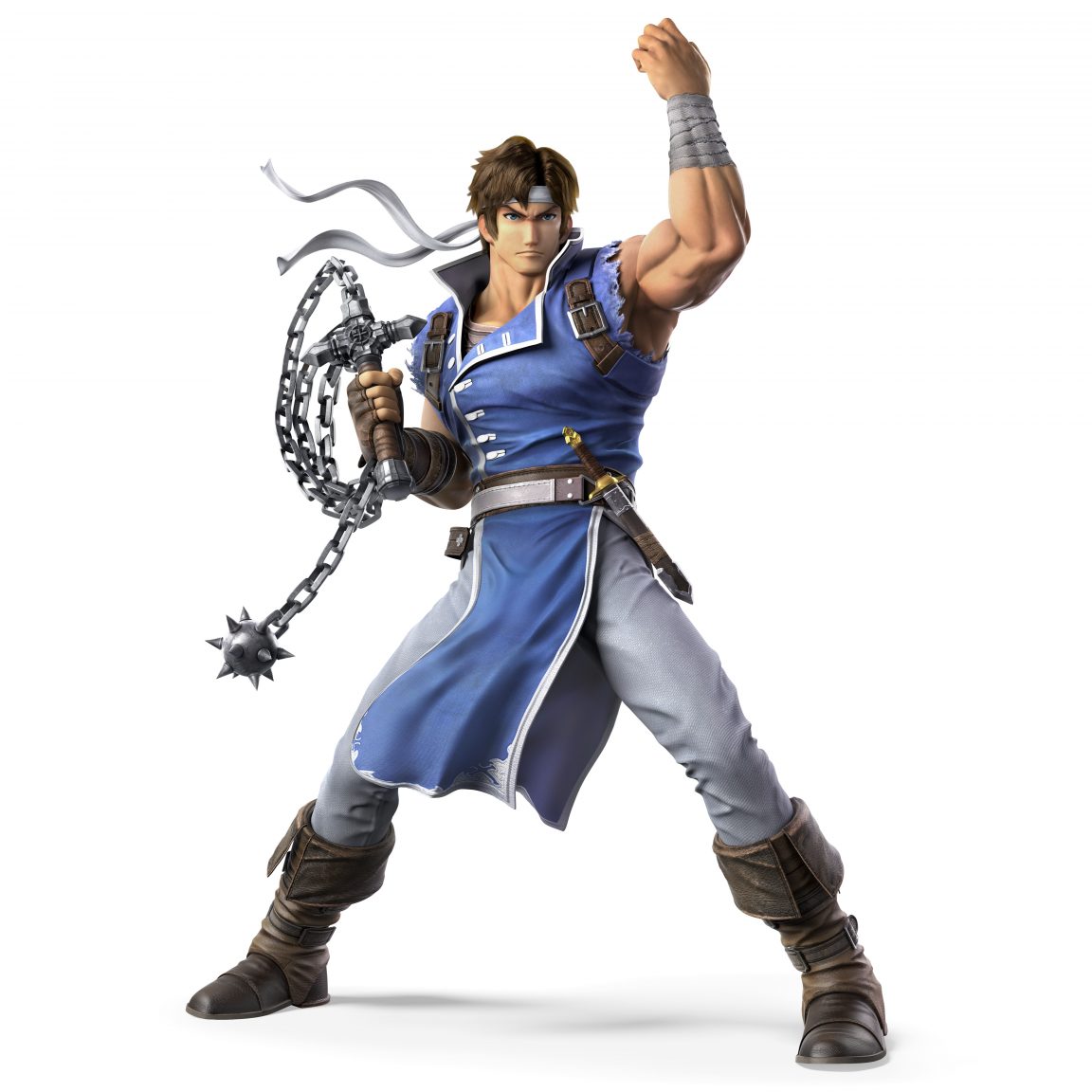 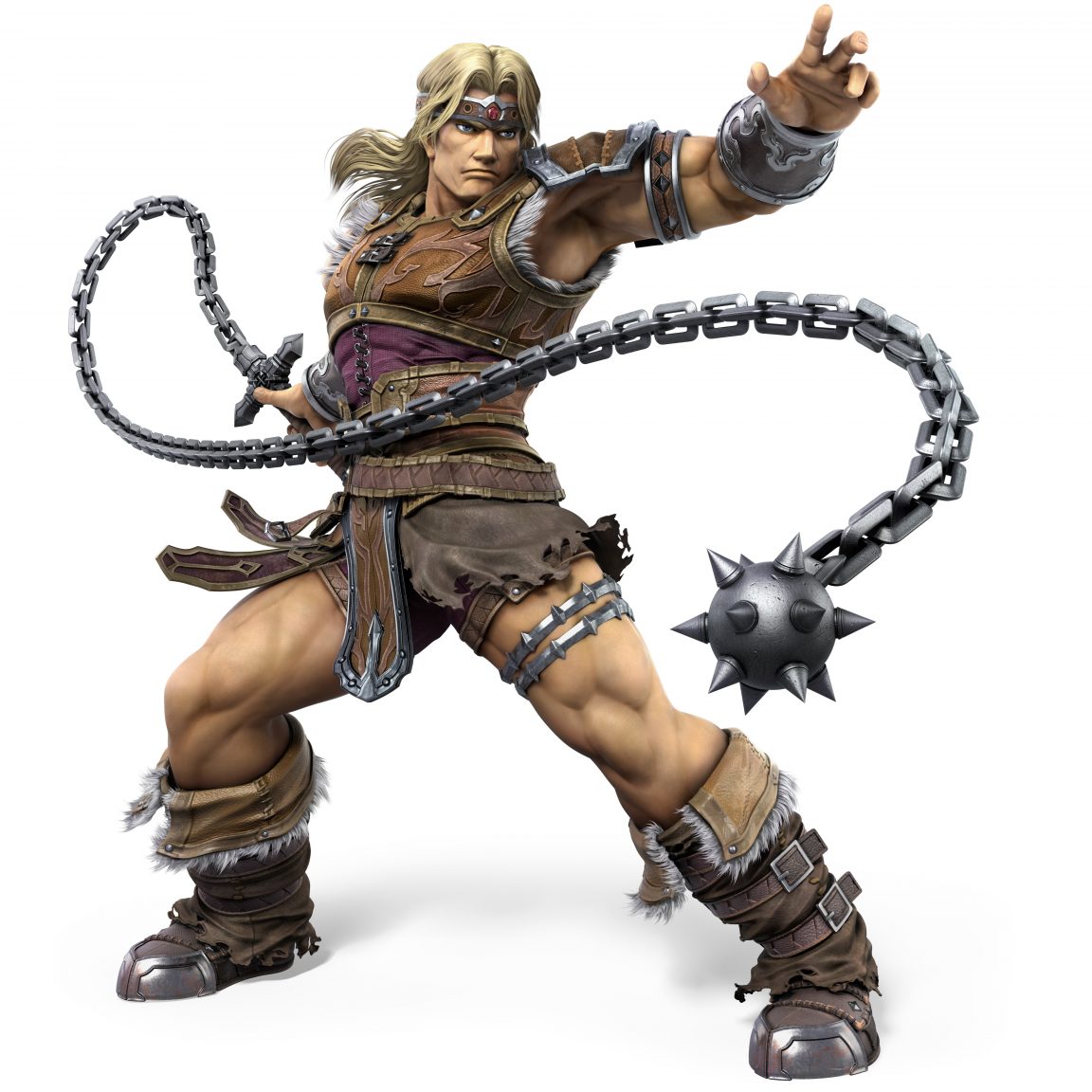