Valve has added a couple of safeguards to prevent developers from creating fake in-game items to scam traders.

When the case of Abstractism – the game whose developers created fake TF2 items to scam traders – became public, Valve removed it and its developer from Steam.

This is when it became clear that said developers were able to successfully fool item traders by creating these fake items. The idea that any game could do this at all was staggering, because it meant that it would be an easy way to scam unsuspecting Steam users.

In order to address this issue, Valve made two big changes to Steam. The first is a simple warning that alerts players making a trade that the item they’re about to buy is from a game they have never played before, or a game that’s new to Steam.

This should prevent cases where traders would read the name of the item, but not what game it is for, before accepting the trade. This is exactly what the TF2 trader from this week’s story did before realising what had happened.

In their case, the item shown had the name of a popular TF2 rocket launcher, but look closely and you’ll realise that it wasn’t for Valve’s hero shooter at all.

But that’s not all, Valve now also requires approval for app name changes to in-game items, which should take care of cases where a developer tries to rename the item to scam different groups of players (or troll), which is another thing the developers of Abstractism had done. 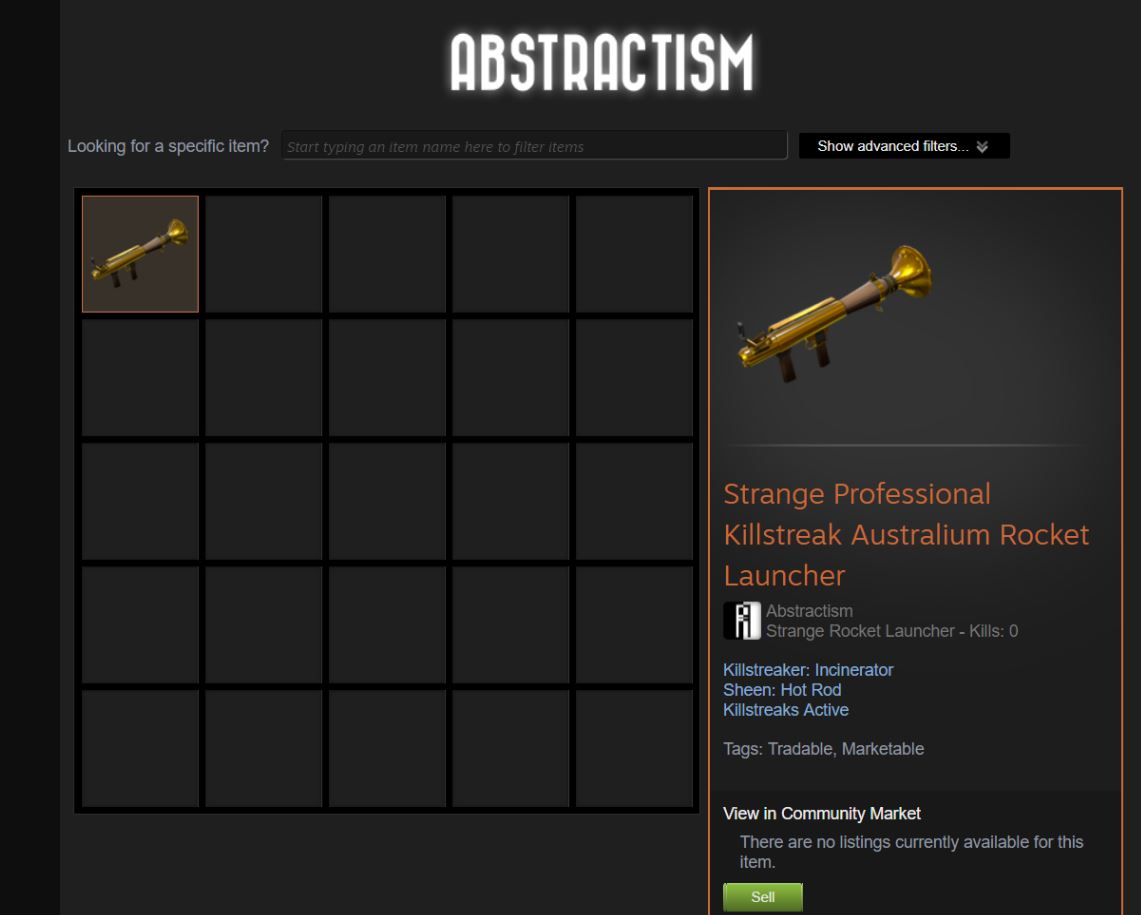 Valve developer Tony Paloma explained that more work is being done in this area, though he hopes the current solutions are enough.

“We are hopeful that having to dismiss two warning dialogs will be sufficient to make people think twice about trades containing forged items, but this is not the end of our response, and we’ll continue to monitor, of course,” they said, posting under username Drunken_F00l on Reddit.

“We also started requiring approval for app name changes, and have more planned to address this sort of problem that we couldn’t get done in one day.”

The good news is that anyone that got scammed will have their items restored, according to Paloma.