If you’ve ever wondered what Fortnite would be like with a World of Warcraft twist, Realm Royale will have the answer for you when it lands on console.

The Hi-Rez battle royale game has already been doing the business on PC, where almost 4 million people have played its Early Access incarnation on Steam. No doubt the free-to-play shooter will do numbers when it releases for PS4 and Xbox One as well, which is something that is happening soon. Hooray!

Realm Royale’s visual style is very similar to Fortnite and it’s still about 100 players diving into a huge map before fighting to be the last person alive, but it’s fantasy-themed – you have a mount, and you can secure strong equipment by hammering away at forges. 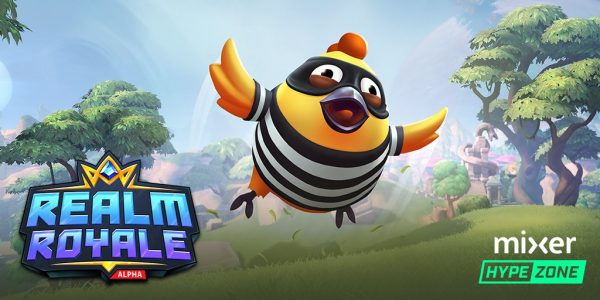 If you want to sign up for the Realm Royale closed beta, you can do it at RealmRoyale.com.

“Since Realm Royale first released on PC, the top three questions on social media have been ‘Console?,’ ‘PS4?,’ and ‘Xbox?,’” said Rory Newbrough, executive producer of Realm Royale. “I’m not sure if any of those are actually questions, they were more like demands. But we understand our community wants Realm Royale on console, and we’re thrilled to announce console closed beta testing starts next week.”

If you want to wrap your head around Realm Royale’s classes, abilities, and tactics ahead of the beta, have a read of our guide at that link.