The recent pushback against loot boxes has reached the Forza series. Prize crates will be removed from Forza Motorsport 7 in the coming months, while paid tokens – a feature in past games – will not be implemented in Motorsport 7 or Horizon 4.

This information comes straight from Turn 10’s Alan Hartman (thanks Eurogamer, who added that the system’s complexity prevents them from disabling it right away.

“Due to the complexity of removing prize crates from the game – while keeping access to Driver Gear, Mods and Badges – we expect that this process will be completed in the winter timeframe,” Hartman wrote. “Starting this month we’ve already taken steps towards that goal, first by unlocking more than 100 previously locked “exclusive” cars and, second, by completely removing cars from the prize crates in the game. The current lineup of prize crates offer no competitive advantage and only offer Driver Gear suits, Mods and badges, and these crates will remain in place until crates are removed entirely.” 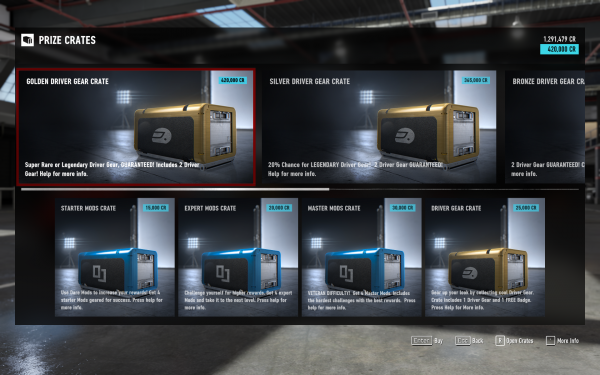 Forza Motorsport 7’s prize crate system never took real-world money, it did seem to be a testing ground for whether microtransactions could fit the franchise. Despite the marketplace never being live, it remained controversial, and recent events likely soured Microsoft entirely.