Evolution Studios, known for its work on Driveclub and Onrush, has been hit with layoffs.

Onrush may be one of the best driving games in a decade, but that wasn’t enough to generate high sales. In response, Codemasters has hit the studio with layoffs, including director Paul Rustchynsky.

This information comes from a new Eurogamer report which cites anonymous sources within the studio. The layoffs include several senior and junior staff, while the remaining team is expected to work in support roles for other Codemasters projects. 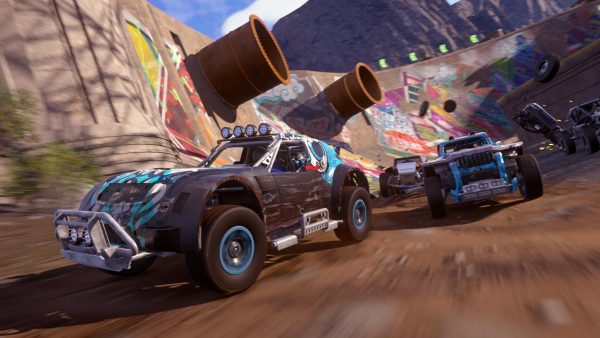 Previously called Evolution Studios, this development team was acquired by Codemasters in 2016 after its work on Driveclub. Sources within the studio cited long-term problems, most notably “a lack of communication between the Evolution team and the wider Codemasters entity”. Many senior staff and lead creatives were allegedly fired or required to re-interview for their positions.

“It is normal course of business for game teams to evolve as projects launch and move into service, and as other new projects start,” a Codemasters spokesperson told Eurogamer. “As such, it isn’t appropriate to comment on day to day movement of staff changes.”

Codemasters has confirmed that Onrush’s post-release content will not be impacted by the layoffs.