Nearly two years after it first hit shelves, the No Man’s Sky NEXT Update looks set to bring the much-maligned space-sim even closer in line with the lofty expectations many players had of it before launch. True multiplayer support, extensive visual reworks and hundreds of new base parts are just a few of the headline features coming with the update, which lands July 24 2018.

No Man’s Sky NEXT Update Release Date and Time:

No Man’s Sky NEXT Update Multiplayer:

Hello Games founder Sean Murray took to the PlayStation Blog to outline how the new multiplayer mode works, giving us the following list of features:

A “small group of friends” seems to be you and three other people. You can party up and pool your resources to more quickly create large structures and intricate settlements. While thoughtful quality of life features make it easy to do things like add your own items to a party member’s stash. 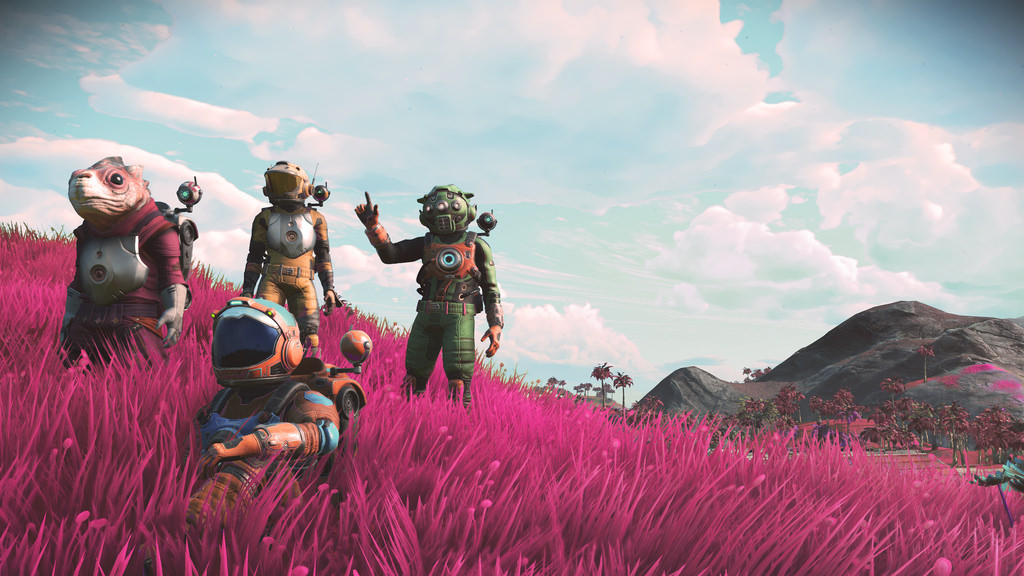 No Man’s Sky NEXT Update Additional Patch Notes and Features:

As well as multiplayer, Murray went over a few of the other features expanding the No Man’s Sky experience with the NEXT update:

The graphical rework also touches on under-the-hood technical things like shadows and draw-distance to further increase the game’s planet-sized sense of scale. While the new third person perspective will make it easier to keep a handle on your surroundings when you’ve building and adventuring in a group.

Most of the Base Building features look to balance the mechanic for four person play, since the previous base limits would start to feel pretty cramped between four people. One of the heaviest criticisms of No Man’s Sky was the lack of variety in its systems, so hopefully the new base parts can address this as well as giving veteran players something new to try.

Apparently Freighters are much more accessible in the NEXT update so that you have more options for exploring the Galaxy. Your fleet of frigates are little AI companions that help you in your journey. You’re able to send them on different kinds of missions so they can bring back different things.

This is also the week that No Man’s Sky makes its first appearance on Xbox One. It’s available digitally from July 24 , while physical copies will be available in North America on July 24 and July 27 in Europe and the UK. 505 Games will distribute the physical Xbox One version worldwide.

No Man’s Sky NEXT is coming as a free update to PC and PS4 owners on the same day.