During a SDCC panel, the game’s producer Yoshiaki Hirabayashi discussed the complete redesign of Resident Evil 2.

Topics touched upon were updated designs for Claire Redfield, Leon Kennedy, Raccoon City, and the zombies lurking around in the dark.

Players will notice Kennedy sports a “fresh-faced rookie look” compared to the more mature “hero he becomes later in the series.” It’s rather fitting considering RE2 was his first appearance as a new hire to the Raccoon City Police Department.

Redfield’s look was also updated. She will look more in-line with “the iconic scene” of her rolling into Raccoon City on her motorcycle.

For the city itself, the team put a major focus on making the city dark and wet. The events in Raccoon City take place on a rainy day, causing puddles and flooding in parts of the city. Other areas are rather gory due to the clashes between zombies and residents. 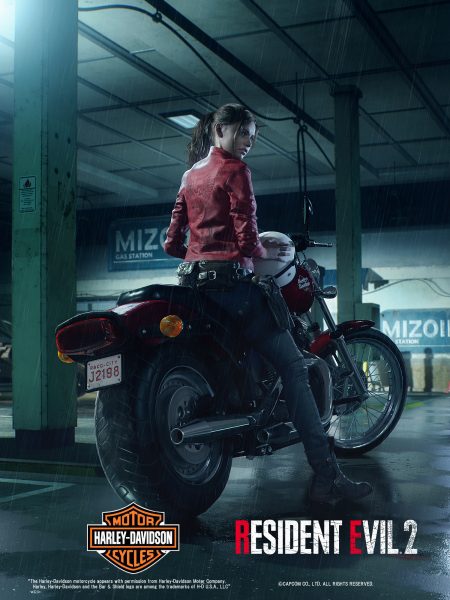 Speaking of zombies, Hirabayashi said the team wanted to “create something monstrous” to provide an additional fear factor. Like the city, zombies will feature the same “concepts of wetness and darkness.”

Resident Evil 2 Remake releases January 25 for PC, PS4, and Xbox One. It’ll also feature upgraded visuals on PS4 Pro and Xbox One X, with the options for 30fps at 4K or 60fps at 1080p.