Pokemon Go trainers will have a chance to catch themselves a Shiny Zapdos on the appropriately named Zapdos Day, July 21. Here’s our tips for taking down that Zapdos Raid boss and netting a shiny legendary.

The next themed Raid Day for Pokemon Go is the Zapdos Raid Day – which will of course give fans the chance to catch the electric-style Legendary Bird Pokemon that made its debut in Pokemon’s first generation (Red/Blue/Green/Yellow). There’s even a chance for Shiny Zapdos to appear, making this a unique opportunity to catch something really, properly rare.

The Pokemon Go Zapdos Raid Day will take place on July 21 – that’s Saturday. Tomorrow, as I write this! It’s essentially following on from the most recent Pokemon GO Fest event that’s set to take place the weekend prior – and it kicking off depended on if the players participating in Pokemon GO Fest complete certain tasks set by Professor Willow. They succeeded, and Zapdos day is the reward they’ve earned for themselves and the whole Pokemon Go community. 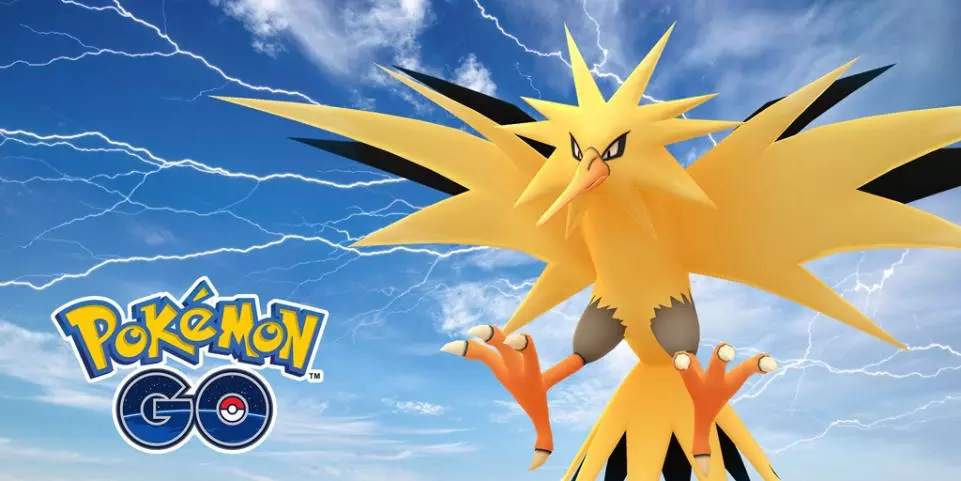 Thanks to the successful completion of the tasks set by Professor Willow, Zapdos Day is commencing tomorrow, Saturday 21 July. However, it’s only a three-hour event rather than an all-day one – there’s a tight little three-hour window where players will be able to find Zapdos in raids and have a chance at catching a Shiny Zapdos, plus the other rewards. Here are the times:

Be sure to have Pokemon Go updated and be in a location where you’ll be close to gyms at these times – they’re your only chance to nab yourself one of those Shiny Zapdos beasts, other than relying on the pure low-chance luck for a Shiny Legendary at other times.

Usually Pokemon Go is happy to charge you for Raid Passes, but since Zapdos Day is a special event, the developers at Niantic are loosening things up at least a bit, giving players an opportunity to get in on the raids even if they’re typically free-to-play Pokemon Go players who are starved of Raid Passes. All you have to do is head to Pokestops on Zapdos Day – when you spin them, there’s an increased chance you’ll be able to nab up to five three raid passes, which will in turn help you get in on the raids.

Beyond this if you run out you can of course run off to the store and pick up more raid passes that way – but be sure to grab your free raid passes, as even if you don’t use all five on Zapdos Day they’ll come in handy later on. 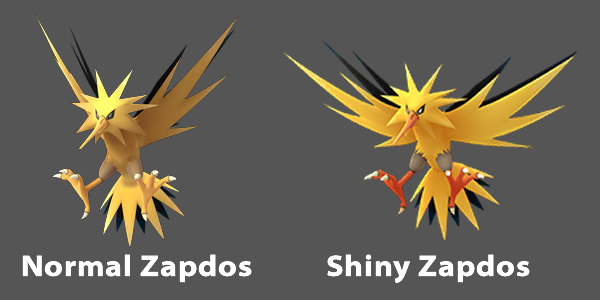 The main reward of Zapdos Day, of course, is the guaranteed chance to come across and catch a Zapdos via a raid battle. There are a few key bonuses, however… and the most desirable one is the hugely boosted chance that a Zapdos you encounter will be a Shiny Zapdos. You can see the difference in the two as pictured above.

In order to get a shiny Pokemon Go Zapdos, you’ll just need to participate in raids to catch some of the legendary birds and hope for the best – it’s ultimately still down to random chance, but you have a much better shot at it happening this week. If you do catch a Zapdos through this new Pokemon Go event one thing is guaranteed, however: shiny or not, your new Zapdos will have Thunder Shock.

Thunder Shock is a really worthwhile reward in and of itself. It’s a strong electric move that can help turn Zapdos into a much more viable beast for battles. Thunder Shock has a great potential Damage Per Second – around 10 DPS – and when paired with Thunderbolt or Zap Cannon it can make for the optimum Zapdos setup.

Finally, Zapdos Day also has a candy boost on – so if you catch a couple of Zapdos you’ll get some bonus candy that you can use to level up and boost whichever your best stat Zapdos is – very handy.

Here’s the thing – aside from being a rare and desirable legendary Pokemon, Zapdos is actually one of Pokemon Go’s Best Pokemon. It ranks fifteenth on our list of the best and most powerful Pokemon in terms of raw attack power in Pokemon Go, and though a few other legendary types are above it, it’s definitely one of the best electric-type Pokemon in the game. Its defense and stamina stats are nothing to sniff at, either.

Electric-type is a useful one to have a powerful, buffed-up Pokemon to represent, too – it’s super effective against Flying and Water types and is resistant to Flying, Steel, Electric and Ground-type Pokemon – meaning it’s pretty well balanced for taking into battle against gyms or into other raids. You can read more about that in our Pokemon Go Type Chart and guide. 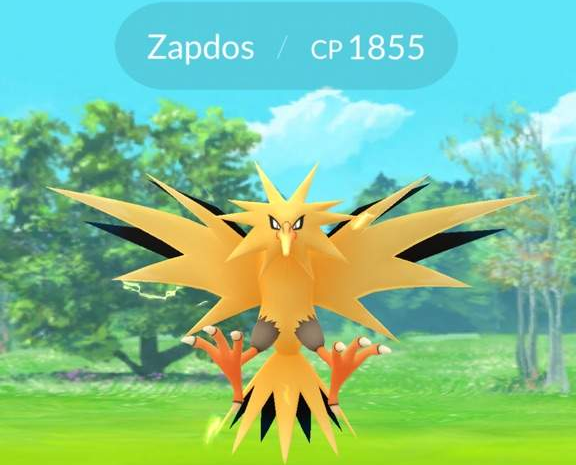 The Zapdos raid battle won’t necessarily be easy, so you’ll need to approach it with caution and consider the team you field against it carefully. Your victory will be determined by choosing the best POokemon in a team – and ultimately, the aim will be to put up a team of Pokemon who act as the best possible counter to Zapdos and its natural strengths and weaknesses.

Zapdos Move List: every move your Zapdos could have

Aside from how it’ll definitely have Thundershock, there’s a few other moves that Zapdos can have in Pokemon Go – and these are also the moves you’ll see crop up being used against you when facing a Zapdos in a Raid Battle: