The PUBG Charity Showdown will feature 40 video game broadcasters and 40 forty elite PlayerUnknown’s Battlegrounds pros teaming up for a piece of the $1 million prize pool.

Teams will compete in four matches which will be livestreamed on the PUBG Twitch channel to claim a piece of the $1 Million which will be donated to the charity of their choice.

Each match will be in first person perspective and set on the original PUBG map, Erangel. Each squad will be made up of two broadcast personalities and two PUBG pros. 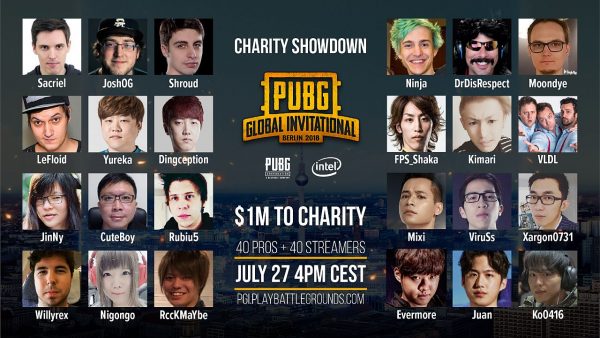 The PUBG Charity Showdown is part of the PUBG Global Invitational 2018, and attendees with a ticket to any single day of the tournament can attend the charity showdown for no additional cost.