Shortly after revealing the new QBU weapon, and Rony vehicle, PUBG Corp. has now rolled out the new content to the PlayerUnknown’s Battlegrounds test servers on PC.

As for the new content, the QBU is a 5.56mm DMR available only in Sanhok, replacing the Mini-14. The weapon comes equipped with a bipod that provides greater stability when fired from the prone position.

The Rony, on the other hand, is a pickup truck that seats up to four players. Like the QBU, the Rony can only be seen in Sanhok. The biggest new feature, however, is the ability for all players to create custom matches.

Previously available only to select community members, custom match creation is now a thing all players can do. Patch #18 brings a beta version of this implementation, complete with a new UI for browsing and creating custom matches.

You’ll be able to select from preset modes like zombies, competitive rules etc., and you can also customise each of the gameplay parameters further (blue zone speed etc.). Custom game creators will also have control over the number of players allowed in the server, whether or not it’s password-protected and so on.

During the open beta, only a maximum of 10,000 custom matches can be live at any one time. There’s also another wrinkle to this announcement.

Because allocating the server capacity needed for these matches is expensive, PUBG Corp. is looking into possibly offering the ability for a fee in the future – similar to how EA has done for years with Battlefield.

This has not yet been decided, however, but it’s one of a couple of possible ways the developer could go. PUBG Corp. did ask for community feedback on other ways, if any, it could use instead to ensure the feature remains sustainable long term.

The patch does not yet have a launch date on live servers, but it’s most likely going to be available by the end of the week. 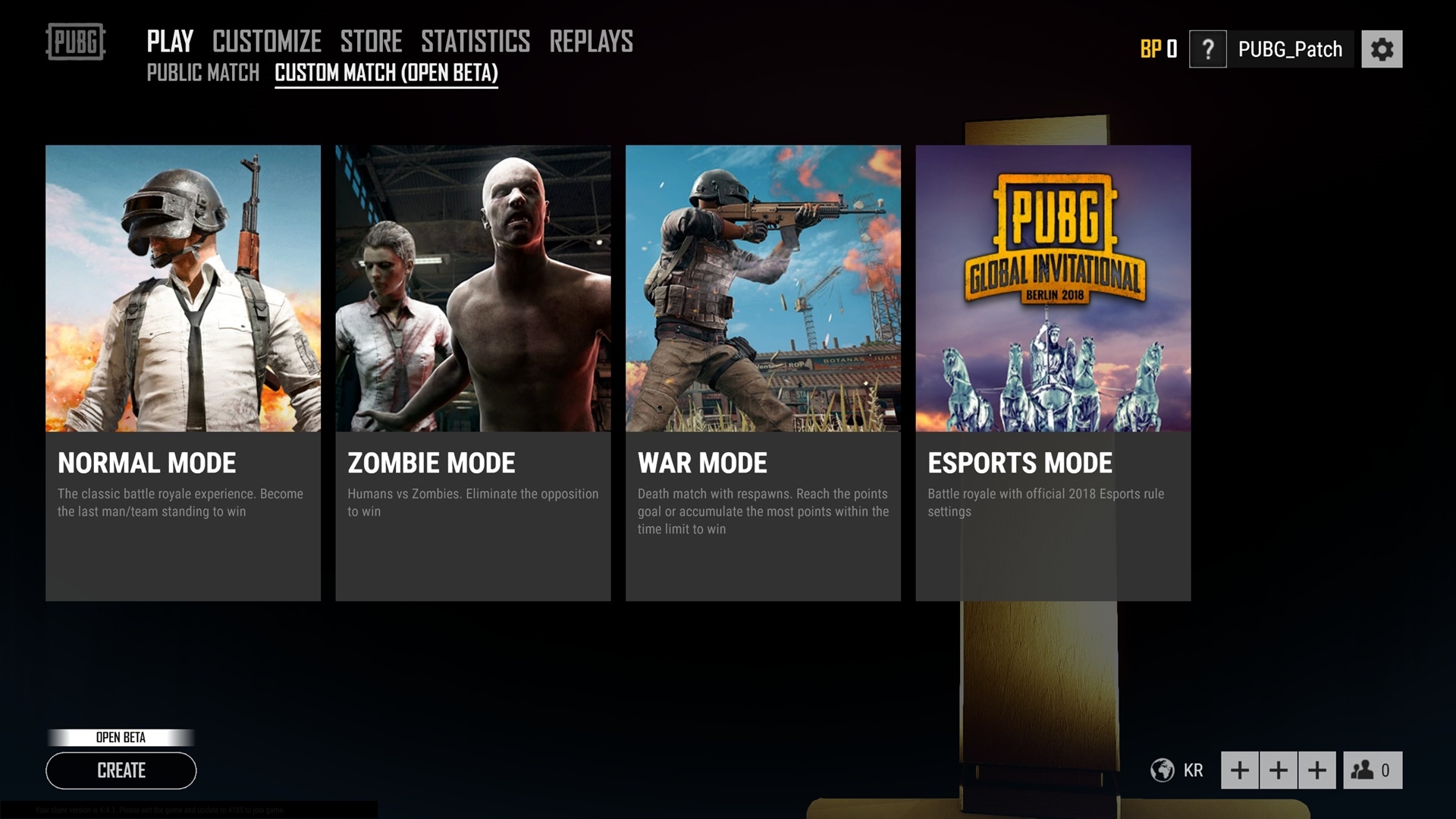 For all the changes, check out the change log below:

-Things to keep in mind when creating custom matches: