To celebrate Amazon Prime Day, Twitch and PUBG Corp. have teamed up to offer Prime members a special, limited-time package.

The Deadmau5 crate, features two full sets for use in PUBG, reflecting the artist’s brand aesthetics. Deadmau5 is a big fan of PUBG, as you may know, and regularly streams the game on Twitch.

Unlike previous PUBG Twitch Prime promotions, however, the Deadmau5 crate is available only during Amazon’s big Prime Day sale. In other words, it’s available now and only until 11:59pm PT on July 17, which translates to 3am ET, 8am BST July 18. 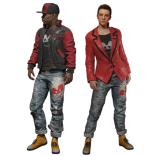 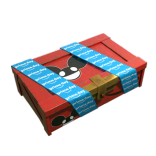 To claim it, make sure that your Twitch account is linked to PUBG, which you can do through the game’s main menu. If you’re a Prime subscriber, you should see the crate moments later in the Inventory screen. This can only be claimed once, so make sure you don’t input incorrect details.

If you’re neither an Amazon Prime or Twitch Prime (included with Amazon Prime) subscriber, you can sign up for a 30-day trial, which will make you eligible to get the Deadmau5 crate and all other freebies currently available.

There are four other PUBG crates Twitch Prime members will also be receiving for free during July, but the Deadmau5 crate is the only one unveiled so far.