A new gun to play with is always a reason to celebrate – and Fortnite just got two of ’em.

The Submachine Gun for Fortnite Battle Royale arrives today as part of the content update v5.0. It uses light ammo, holds 30 rounds and comes in common, uncommon and rare variants.

If it looks familiar, that’s because it’s the suppressed SMG – it even comes in the same rarities. To balance the gunplay, Epic Games has removed the Tactical SMG from the game and placed it in the vault.

Elsewhere, the Semi-Auto Sniper Rifle has been buffed slightly, with damage increased to 75/78 (from 63/66). 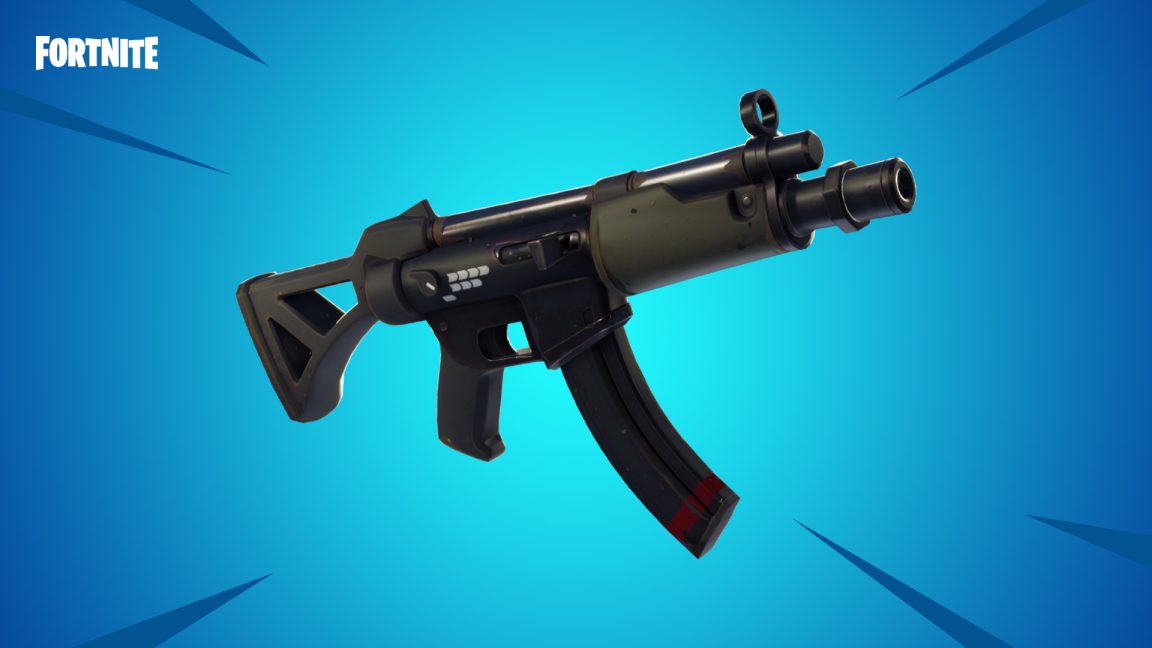 Save The World players get the Typewriter Assault Rifle to play with. If that seems familiar it’s because it’s the Drum Gun from Battle Royale.

If you have not yet picked up Save The World you can buy it for 50% off the normal price from now until July 30.

Battle Royale players looking for help with their Season 5 Week 1 Challenges will find the Risky Reels treasure map leads to 10 Battle Stars, while this detailed plan lays out the positions of all the floating lightning bolts.

If you need to get around the map quickly, grab a new ATK golf kart and drive past a few supply llamas to stock up on the good stuff.