The Destiny 2 event Solstice of Heroes begins on July 31, and Bungie has provided early information on what to expect.

Destiny 2’s Solstice of Heroes event is held in the Tower, and during this time, Guardians will wear the now-broken ceremonial armor from the day the City was lost to the Red Legion.

Players will reforge the broken gear into “something stronger,” and “meditate on their journey through the Red War.” They will take on additional challenges in those memories, observe the return of the Traveler, and more.

During the event Ikora Rey will be the Tower’s representative and direct players to where the City has erected the Statue of Heroes. The statue will track players’ Moments of Triumph progress, and them the Solstice of Heroes event armor which they will begin upgrading.

Below is more information on the event straight from Bungie.

After you upgrade your Shattered set, you’ll receive the “Rekindled” set at Power 340 — with a new list of objectives. Once you complete those objectives, your reward is the “Resplendent” Armor Set at Power 400. One final group of objectives to complete, and you’ll unlock the Masterwork version of the armor set.

Each Resplendent Armor Set offers the previous versions as ornaments, so you can pick and choose how each piece looks.

One of the ways you’ll upgrade your armor during the event is through Redux Missions. Five story missions have been selected and given slight alterations. Each mission can be accessed in the Tower by finding its statue. Here are the five missions for the event:

Many have already begun completing Moments of Triumph, currently being tracked on Bungie.net. The final five Triumphs will become available at the beginning of the Solstice Heroes event, and can be tracked in-game. Triumphs will be tracked by in-game bounties that are obtained at the Statue of Heroes. As you complete and turn in those Bounties, you’ll unlock rewards that can be redeemed at the Statue.

There’s also the Solstice Engram available from Tess Everis. You can earn three per account by completing the event Milestone on each of your characters. No matter what activity you play in Destiny 2 during Solstice of Heroes, you’ll receive one Solstice Engram in addition to the Bright Engram you earn for leveling up.

Here’s a look at some of the rewards that will drop from the Solstice Engram: 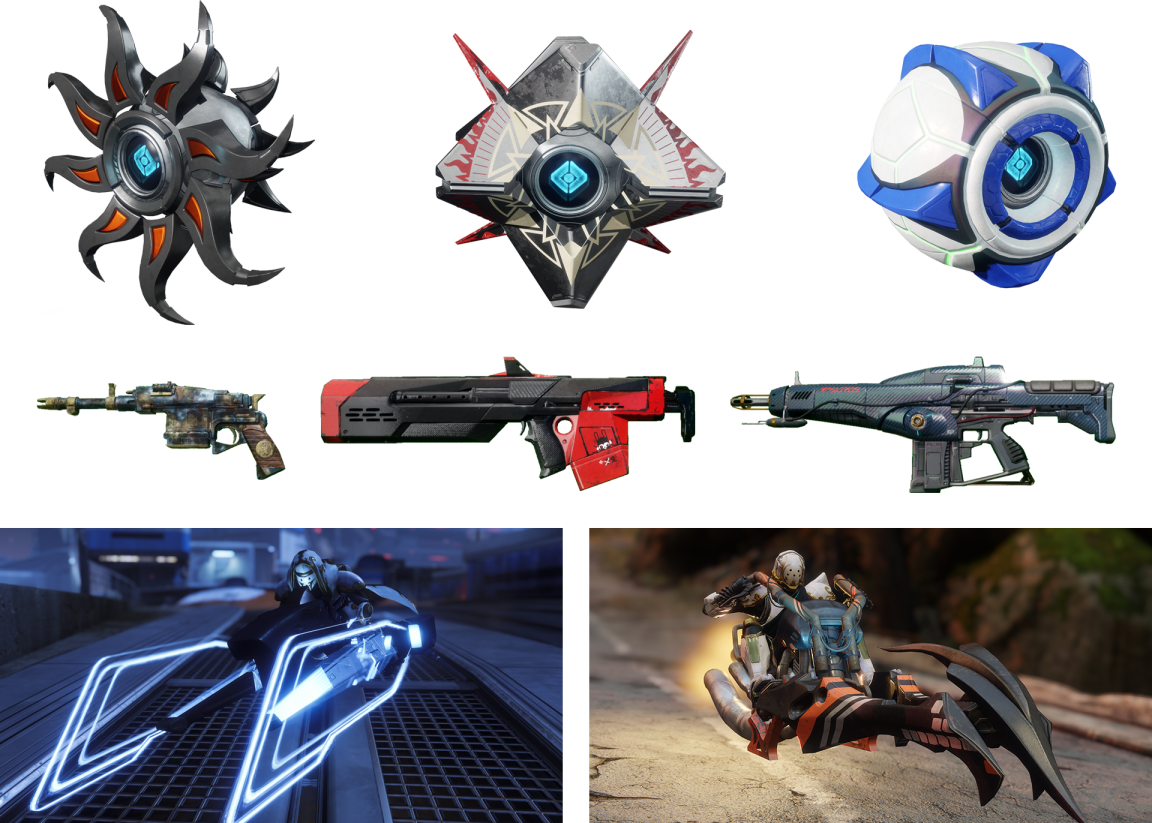 Armor Glows also come from the Solstice Engram. These can be applied to any version of the Solstice of Heroes armor sets, to provide Guardians with an enhanced look. Armor Glows are unlocked permanently, like ornaments, and they shine brightest when your subclass element aligns with the element of the Glow.