Rainbow Six Siege players are being banned for using slurs in the game’s chat.

Over the weekend some Rainbow Six Siege players reported being banned due to using racial slurs.

Those being banned have used slurs via the in-game chat system – not voice chat.

As reported by PC Gamer, one Rainbow Six Siege player took to Twitter to discuss being kicked from a match and banned. The player apparently typed the word “nibba” in chat, which was close enough to the actual word to warrant a slap by Ubisoft.

Looking over the thread on Twitter, it appears the ban was only 30 minutes long. But even a short ban proves Ubisoft isn’t mucking around.

The game’s Code of Conduct  clearly states such talk is very much frowned upon. Threatening, abusive, racist, sexist, or other defamatory remarks will result in a ban.

First offenses result in a 30 minute ban, while a second and third offense results in a two-hour ban. After the third offense, the team investigates the user account and can hand out a permanent ban depending upon the severity. 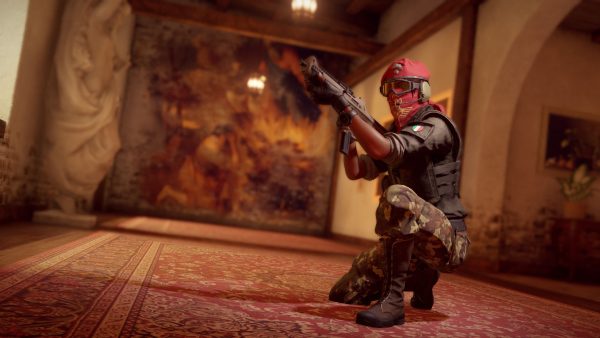 Ubisoft announced plans in April which would tackle toxicity in Rainbow Six Siege. The firm said it would track negative player behavior, and implement features to improve behavior.

The team started tracking the frequency of racial or homophobic slurs by monitoring in-game chat.

Particularly “egregious offenders” can be permanently banned without warning, but temporary bans are applied beforehand.