The Fortnite Summer Skirmish series kicks off today with the $250,000 Duos Tournament.

This weekend is start of the 8-week Fortnite Summer Skirmish series, and you can watch the Duos Tournament live right here.

Participants in today’s tournament include both community creators and Fortnite players invited by Epic Games.

The event will be live-streamed on the Fortnite Twitch and YouTube channels. It all starts at 1pm PT, 4pm ET, 9pm BST, 10pm CEST.

Epic announced earlier this week the Fornite Summer Skirmish series would hand over $8 million in prize money. The format and competitors may change from week-to-week. More information on how to qualify for other events will be announced later.

This weekend, streamers Typical Gamer, Thiefs, and Valkyrae will participate in Duos. Other streamers and YouTubers were also invited (thanks, Dexerto).

We’ve embedded the Twitch stream above, or if you prefer, here’s the link to the official Fortnite YouTube channel.

The Week One format is “first to two victory royales”. A bonus award of $6,500 will be granted to the team with the most eliminations in each match played. In the event of a tie, teams will split the bonus award equally.

The prize pool will vary per week, and you can look over the amounts as well as the teams battling it out during week one below. Click on the latter image and open it in a new tab for a larger version.

Official qualifiers for the Fortnite 2019 World Cup will also be held around the globe this season, and prize money will be split between all competitions.

The World Cup Tournament will focus on both solos and duos, and Epic has set aside a $100 million prize pool for the entire 2018-2019 season. 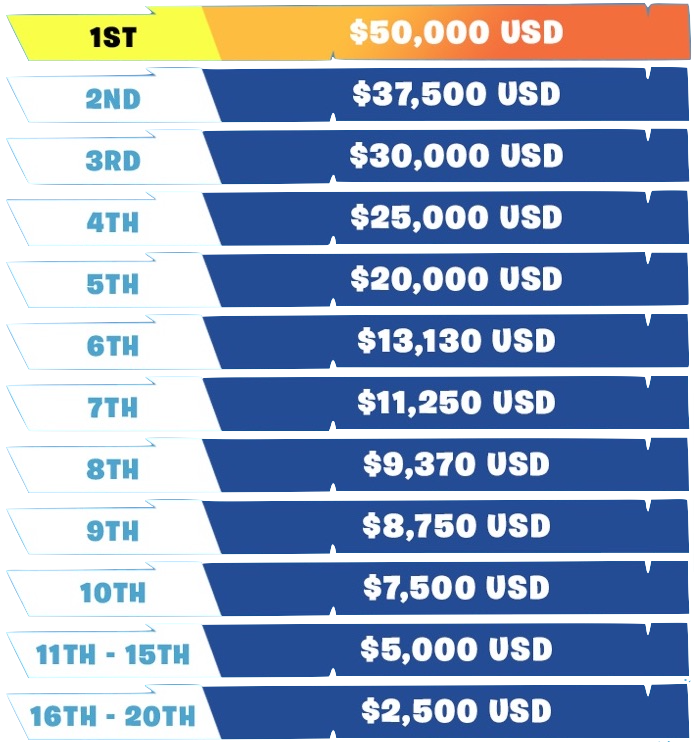 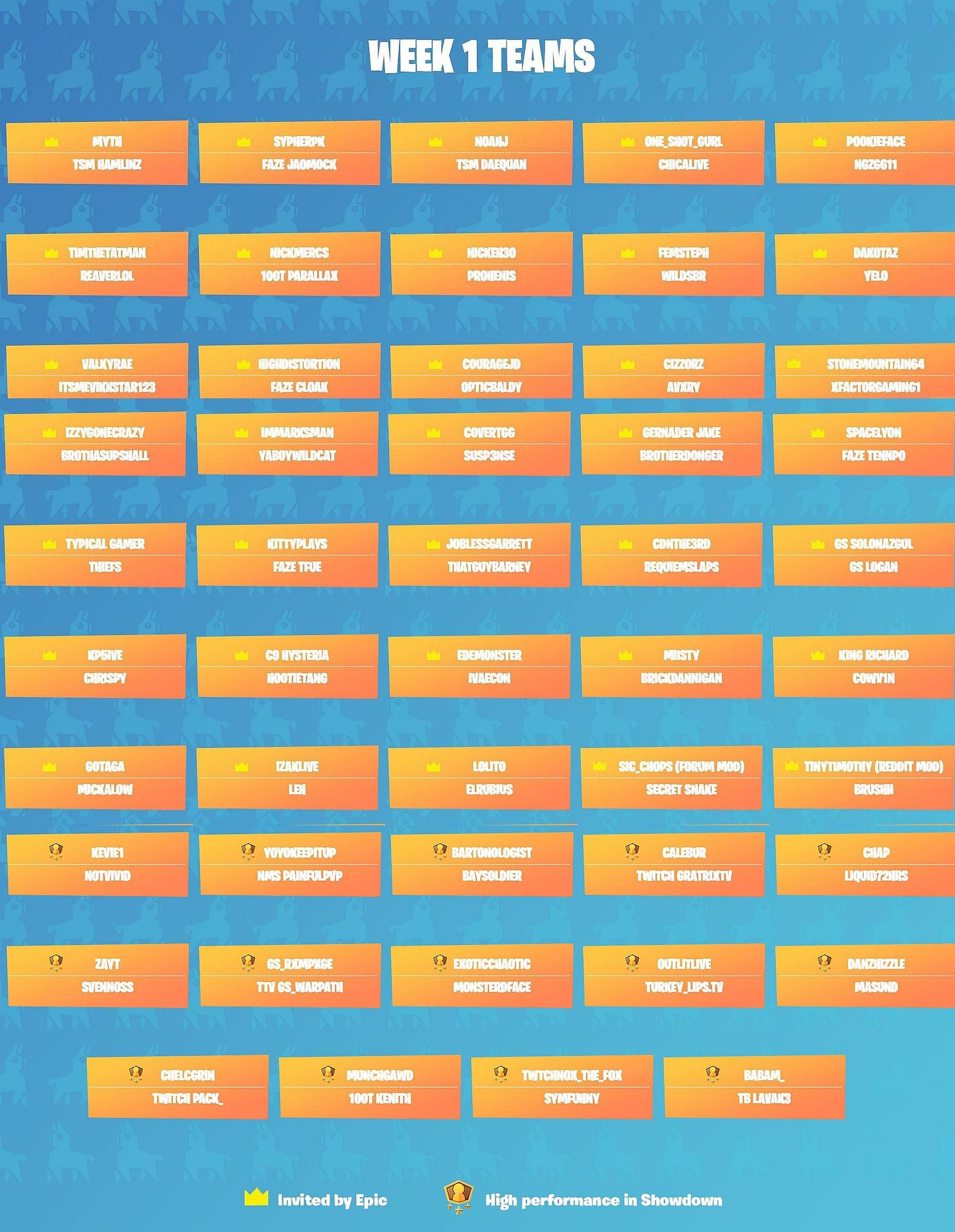