As Season 5 of Fortnite goes live today, Epic Games has detailed some of the biggest changes to hit the battle royale game since it launched last year.

Fortnite Season 5 begins with a bang as two new named locations have been added to the map along with a new biome; the Desert acts as a new biome, while Lazy Links and Paradise Palms are your new locations. There are other non-named locations to look out for too.

The game also gets the All-Terrain Kart, a four player vehicle that you can fit an entire squad in. The roof acts as a bounce pad and it gets a speed boost after drifting.

We’ve also gotten our first detailed look at all the new skins, back bling, pickaxes and gliders for Season 5.

There’s also been a change to the Storm Circle – as well as shrinking it may also shift as it reduces in size.

And there are significant changes to the weekly challenges. Three will be available for free, while another 4 are included in the Battle Pass. You’ll still need to complete four to gain the extra XP. Weekly challenges are also not limited to a specific season now, so you can complete them at their own pace.

Take a look at the full patch notes below, which include a bunch of changes to shotguns, and we’ll update with more details once the game is back online and playable.

All Terrain Kart for Squads 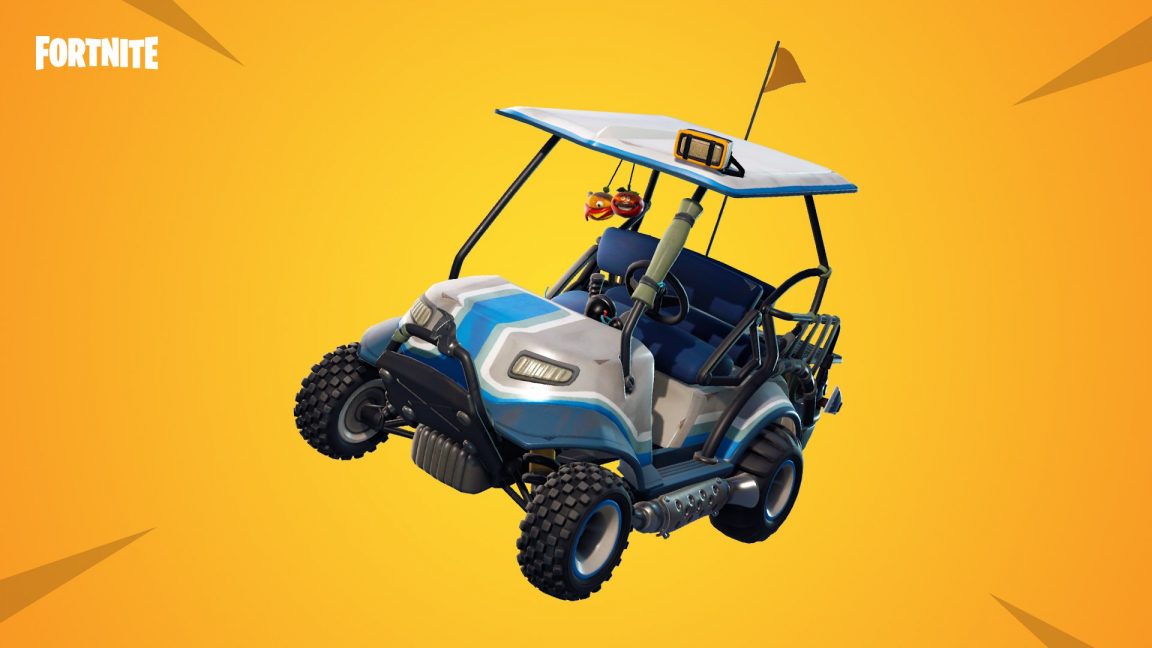