Tencent is getting ready to launch a global version of its PC gaming marketplace.

Last month, Valve announced it would create a localised version of Steam for China. Now it seems Chinese publisher Tencent has similar plans for its PC games platform, WeGame.

According to the South China Morning Post (via GamesIndustry.biz), Tencent is developing a Hong Kong edition of its WeGame marketplace. While that sounds modest, this WeGame version will be expanded to accommodate international players.

“The Hong Kong version of WeGame is now under development,” a Tencent spokesperson said. “This version will be available for overseas users, and we will use this platform to bring more Chinese games to the global market.” 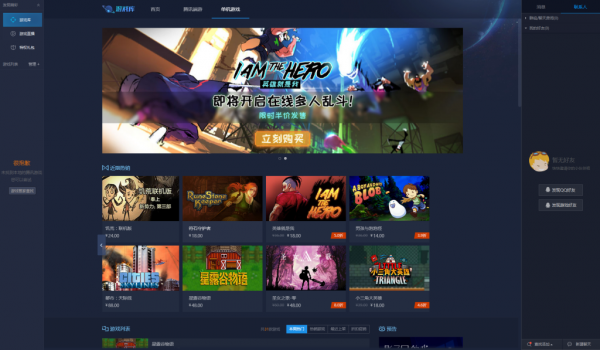 WeGame currently has a smaller catalogue than Steam, but Tencent does have investments in a wide range of Western gaming companies. It owns League of Legends developer Riot Games, along with shares in Epic Games, Ubisoft, and even Activision Blizzard. If WeGame’s international version hosted games like Fortnite, it could quickly become a major competitor against Steam.

WeGame Hong Kong and Steam China do not have release dates at this time.