PUBG map selection is coming to Xbox One later this year, and limb penetration is in the works.

A patch is set for release next week which will improve and resolve current issues with PUBG on Xbox One. Along with this information, the development team provided an update on what to expect in the coming weeks.

In late summer or early fall, players can expect PUBG map selection on Xbox One. An exact date isn’t set as the team wants to focus on improving performance first.

A fix to hit registration is also in the works. The developer said it’s “extremely difficult to replicate in controlled conditions”, but they are “working hard on finding the reproduction steps” to find the cause and fix it.

Many of the reported hit registration issues are related to the lack of limb penetration. Bullets do not penetrate limbs in the game at present, but it will be introduced. Once limb penetration is optimized the team will roll it out as soon as possible.

Issues with rubber banding are also being addressed. The problem is more prevalent in the early game. This is due to the server experiencing a heavy load while trying to handle the location for all 100 players. A server side update is in the works and it improve the handling of players’ locations and the resources that task requires. 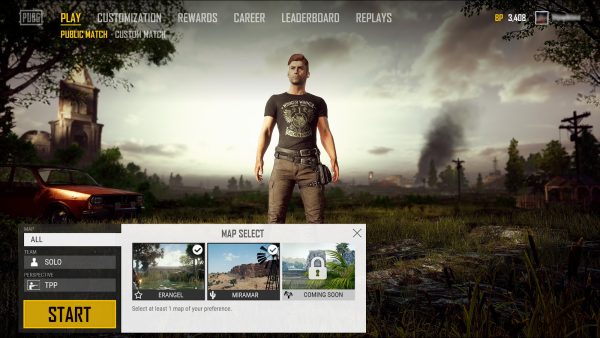 A fix for the teleport bug is also on the way. The fix will also address the invisible winning player bug as they are related. Due to the bug not being able to be reproduced 100% of the time, it is taking longer to find the cause and apply a fix. Just be patient, we reckon.

The PUBG team is also trying to fix the grenade arc bug. It can be reproduced, but not with a 100% success rate. This is hindering the investigation into the cause, according to the studio.

More details on each issue and the planned fixes can be found through the PUBG Xbox forums.