Bethesda is not actively working on Skyrim mod support for Nintendo Switch so it can produce ports like Fallout Shelter instead.

Skyrim is basically on every electronic device known to humanity, up to and including literal toilets. But that doesn’t mean all versions are equal.

Eurogamer recently spoke with Bethesda Game Studios boss Todd Howard. There we learned that while it may disappoint fans, mods will not be making their way to the Nintendo Switch like they have with other platforms.

“We are not actively doing that,” Howard explained. “We would love to see it happen but it’s not something we’re actively doing.” 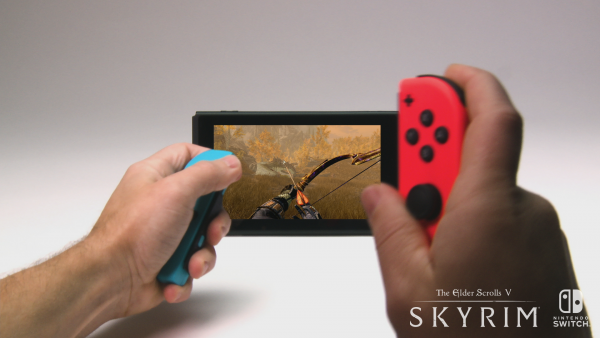 Howard added that Bethesda’s Switch team has been focused on projects like Fallout Shelter – which Howard notes has gone quite well. But new Skyrim content, let alone mods, isn’t something the studio is focused on at this time.

That said, Howard did reiterate that all future Bethesda games will have mod support, including Fallout 76.

“Even though everyone’s connected and it matchmakes you to an invisible server, and you can play with your friends, we know, based on our history, that the future of [Fallout 76], the long life of it, is in people having their own worlds they can mod and make their own and say, ‘Hey come play in mine and see what I did,'” Howard continued. “Or there’s an easy way for them to get mods and pick and choose ‘I want my game this way’, because no matter what we do, once you release tools and you have this huge community making things, the best stuff rises to the top.”

Maybe there’s still hope for Skyrim mods on that smart toilet instead.