Destiny: Guardians is a reworked version Destiny 2 that will be exclusive to South Korea.

Video games may be popular internationally, but that doesn’t mean everyone is playing the same version of each game. Take Destiny: Guardians, a newly announced re-imagining of Destiny 2 expected to launch this Fall.

Korean eSports website Naver Sports covered the announcement (thanks Eurogamer), and there are a few changes worth mentioning. The most noticeable is the Eververse merchant – Guardians will replace Tess with Yuna, a human vendor.

The Eververse changes don’t stop there however. Guardians will use a real-world money system for purchases, while PR language suggests players can buy high-level equipment instead of cosmetic rewards. 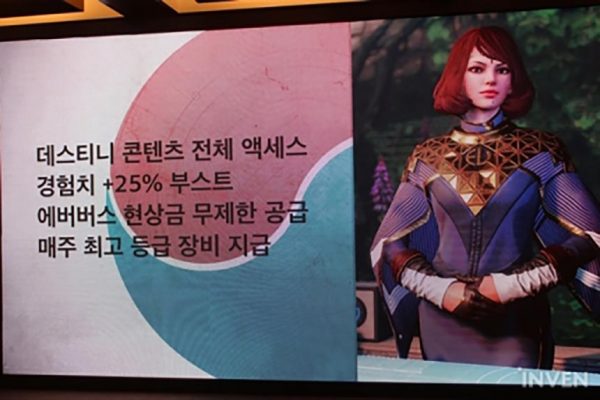 Beyond microtransactions, the Korean edition is expected to contain all Destiny 2 content, including the Forsaken expansion. It will also be a PC-exclusive that runs Korean servers, so each player base will be kept separate.

The Destiny: Guardians announcement does reference the Halloween-themed Festival of the Lost event, so players can probably expect it to return in October.