After a hugely successful launch on Switch, Pokemon Quest arrives for mobile devices this week.

Update: Pokemon Quest is now available on the app stores. you can grab it on Android here and on iOS here.

Pokemon Quest was announced and released on May 30 for Nintendo Switch, and has a really cute, blocky design. Now its Switch success has been nailed down, it’s coming to iOS and Android mobile devices this week – on Wednesday June 27.

Like the Switch version, the Android and iOS release will be “free to start” with items available for real-world money.

Pre-registration for the game is available now Google Play and through the iTunes App Store for iOS 11.2 or late. Pre-registering will mean that when the game goes live your phone pings you a notification so you’re ready to roll.

The Switch version of the game is rather popular and has been downloaded over 2.5 million times worldwide. Two days after release, it had already seen over one million downloads on the console. 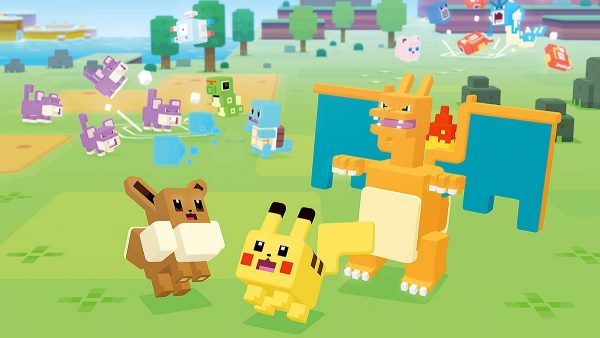 If you’re just getting started with either version, you’ll want to master the art of Pokemon Quest Cooking and recipes in order to properly use food to attract every type of Pokemon. We’ll have even more on Pokemon Quest, including more assistance for beginners and experienced trainers alike, when it lands on iOS and Android.