If you want to catch Legendary Beasts in Pokemon Quest, you’re going to need to cook a legendary meal.

Putting together your ideal team of Pokemon for expedition missions and catching all 151 of the creatures featured to max out your Pokedex is a very different act in Pokemon Quest than in other, traditional Pokemon games. As we’ve detailed on other pages, Pokemon Quest tasks you with making friends with Pokemon and recruiting them through cooking and recipes rather than forcibly catching them. This changes things up quite a lot, and one of the knock-on effects of this change is that it’s now easier to catch Legendary and Mythical Pokemon.

If you need more help with cooking in general, check out our Pokemon Quest Cooking and Recipes guide – but on this page we’re going to run down the ingredients, items and steps you’ll need to take in order to recruit Legendary Pokemon to your side – the Legendary Bird trio of Articuno, Zapdos and Moltres, plus mythical Pokemon Mew and its clone Mewtwo. 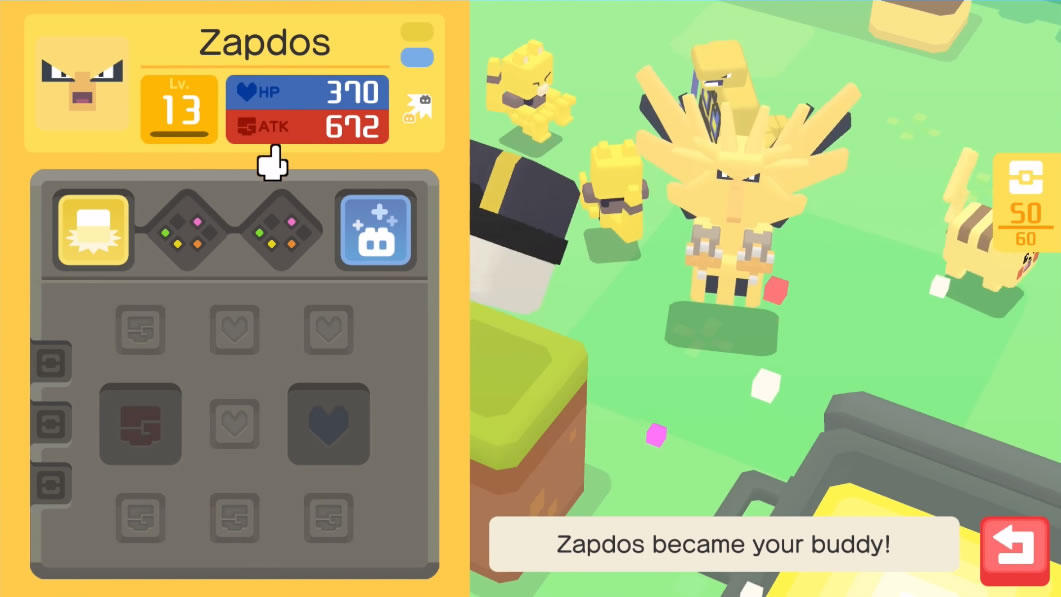 Okay, so – there’s a bit of housekeeping here around things you’ll need to do in Pokemon Quest to even be eligible to catch these legendary Pokemon. First off, you’ll need to make sure that you’re actually at the right point in the game – these are end-game, legendary beasts – you’re not going to be catching them early on. Follow our advice around things like cooking recipes and evolution in order to put together teams of Pokemon that’ll get you through the main core of the game.

When you get to the twelfth string of missions, on Happenstance Island, you know it’s time for Legendary Pokemon. Those are the missions starting with 12-1.

On these levels, there’s a chance a legendary Pokemon will appear as the final boss. It’s only ever a chance – so you may need to grind out these missions for that to happen. When you defeat the legendary boss Pokemon, however, there’s a special bonus: you have a chance to get Mystical Shells as a drop. Mystical Shells will be your main recipe ingredient in creating the Ambrosia of Legends, which in turn can attract Legendary Pokemon to become your allies.

Once you have enough of these drops, you can cook the Ambrosia of Legends for a chance to attract a legendary. It’s the same as cooking anything else, and so will take time to complete and of course has an element of random chance about it.

The recipe for Ambrosia of Legends a la Cube is essentially 1 Mystical Shell and 4 of any other ingredient – though you’ll attract higher level Legendary Pokemon, or rarer legendaries like Mew and Mewtwo, if you use multiple Mystical Shells or use Rainbow Matter instead of other ingredients.

Given that there are five legendary Pokemon in Pokemon Quest and they all essentially have the same recruitment method, you are surely going to have to repeat this a few times to get everybody you want with a sort of level and stats that you find pleasing. Remember, too, that it’s totally possible to get Shiny Legendary Pokemon if you’re extremely lucky.