Every developer has the one game they’ve always wanted to make. For Rebellion CEO Jason Kingsley, that dream is currently being sculpted.

Rebellion is in the fortunate position of being completely independent, controlling its own output regardless of trends. What games should they make? Well, that’s completely up to the owners, the Kingsley brothers.

I spoke to Jason Kingsley in 2017 and he told me he was hoping to make something he had been thinking about for a decade and a half. When I caught up with him at E3 2018, I asked him if his dream was any closer to being fulfilled.

“There is a game I’ve been hoping to make for about 15 years which has already started, but we haven’t announced it yet,” Kingsley told me. “We have a tiny team working on it, we are prototyping areas and how to do it, but we’re all hands on deck for Strange Brigade at the moment. In the next couple of years we’ll start talking about that. We’ve got three or four people working on the very first part. So, yes, my dream is finally starting to take shape.” 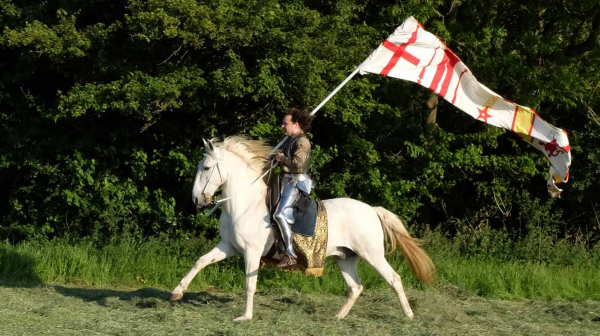 So, what do we know about the game? Not a lot, but I can tell you one thing for sure: it won’t be a medieval combat game. You see, Kingsley lives by the knight’s code in his personal life, owns several horses (the one above is called Warlord), collects armour and weaponry, and he could definitely beat you in a swordfight. It’s more than a hobby, and he painstakingly studies what it was like to live during medieval times.

If you talk to Kingsley about history, you’re never more than a few seconds away from an interesting tidbit. During E3, we spoke at length about one of the first recorded instances of branding. A famous blacksmith used to make expensive, ornate swords for the elite, called Ulfberhts.

The weapons were inlaid with the blacksmith’s inscription, ‘+VLFBERHT+’, and there were between 100-170 legitimate Ulfberhts in existence. Genuine Ulfberhts were crafted from ingots of crucible steel that the Vikings brought back from Afghanistan and Iran. They were ridiculously strong, high quality blades.

Not long after the swords started being forged, however, inferior copies began to spring up, forged from locally worked iron in Europe and complete with a slight misspelling on the inscription – it’s almost like knock-off Nike trainers with a backwards tick, or Floppy Pigeon on the App Store. 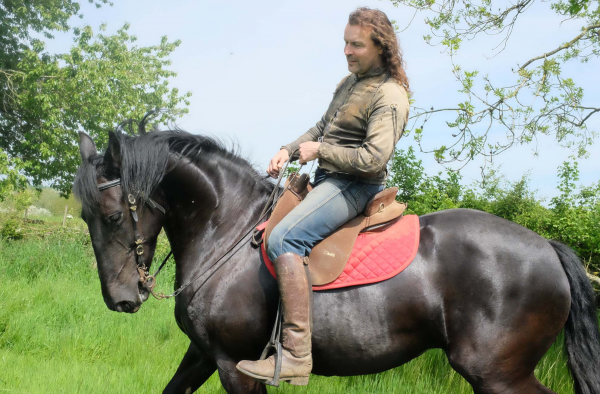 Since he has all this knowledge, I wondered why Rebellion hasn’t yet made a medieval game.

“Why haven’t I made a game about myself?” Kingsley laughed. “I don’t know, I haven’t really had the opportunity. As you know, I’ve got my own horses and I ride to quite a high level. I can use a sword from horseback. It’s quite a skill, though, and it’s difficult to interpret.

“I know other people have done it… was it Kingdom Come: Deliverance? That was interesting, and it’s pretty close. It’s not quite the same as doing it for real, but I guess not many people know that. I’m probably one of very few people in the games industry who knows what it’s like to ride a horse in armour and hit a target. Maybe I should [do a game about it]. I’d like to. Why not? Yeah.

“We’ve got lots of other plans, and the 2000AD stuff, but there’s only so many games we can work on. I’d love to do a medieval game.”

Kingsley then began mulling over the setting, and immediately landed on a post-apocalyptic historical period, when Rome withdrew from Britain, leaving it in the hands of local warlords. Infrastructure suffered, civil wars broke out, and it just wasn’t a very nice place to exist. If you see a game about that from Rebellion in future, I’m taking full credit, but I’m not going to square up to Kingsley if he challenges me to a duel over it.