Rebellion isn’t like any other game developer. It is a studio that answers to nobody.

Outside of developing, publishing, and marketing its own stuff, Rebellion also has its own book publishing arm, squirrelled away at the back of the studio. That section today is the home of 2000AD, the comic that introduced the world to the universe of Judge Dredd.

Behind the publishing section in the Oxford office is a huge hangar filled with the company’s history: towering statues of Judge Dredd fighting off Death, lifesize models of Lara Croft, and boxes and boxes of comic books.

Rebellion has adapted and changed over the 26 years it has been in the business, sure, but this is a privately-owned studio in charge of its own destiny.

“Hopefully we’ll be around in 25 years,” Rebellion CEO Jason Kingsley tells me. “We’ve changed from work-for-hire to making our own games. I think we’ll continue to do that. Our games are doing well. We’ve got a long way to go – they’re not the best selling games in the world, but they’re really up there.

“The Zombie Army series is incredibly popular. We’ve got the Judge Dredd stuff and 2000AD. At the core of it is a desire that if somebody buys a Rebellion game, they feel like they got value for money. Then they will come back and buy another one. Awards are great to win, but if someone actually enjoys playing our games that’s the best award possible.”

At the moment, Rebellion is focused on launching co-op shooter Strange Brigade in August, as well as publishing Arca’s Path, a third-party game from the creator of PSVR’s London Heist. Kingsley is confident both games will perform and allow the studio to keep doing what it’s doing.

“Strange Brigade is a new intellectual property, and it’s always a bit nerve wracking bringing a new idea to market because our audience doesn’t know what to expect,” Kingsley says. “So far, people really like it. As a result of E3, we’ve got a little lift. All the early indicators of numbers are pretty damn good. When we predict stuff, we normally do a ‘low, medium, and a high’, and I think we’re exceeding our ‘high’.”

Arca’s Path, however, is a bit more of a risky proposition. Strange Brigade might be a new franchise, but we’ve all played a co-op shooter where you gun down the undead. It’s kind of a known quantity. If it’s solid, which Strange Brigade is, shooting sells.

Meanwhile, Arca’s Path is a VR game where you guide a ball through dreamlike mazes using only head movement. Development isn’t being handled by Rebellion, the studio is just helping financially. Also, the fact it’s a VR game limits its audience to those who can afford a headset – whether that be mobile VR, PSVR, or one of PC’s options.

“We do publish games, but we don’t really promote [that we publish games],” Kingsley tells me. “Being a publisher is not how we identify. It’s not something we want to brag about. We are a publisher, but our business model isn’t working with other people. It’s nuanced, but that’s how we feel it should be.”

So, if Rebellion doesn’t identify as a publisher, why did it decide to help out with Arca’s Path? The answer is more simple than you might think. 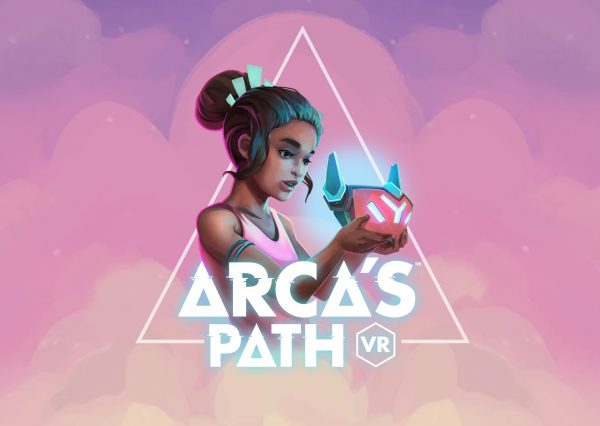 “I played it and thought it was really cool,” Kingsley laughs. “That’s the beginning of a positive business decision for us. We aren’t very analytical. Other people have got business executives and they do all the numbers first, but there’s no point doing those numbers unless you think the game is really good. [Arca’s Path] is very different to what Rebellion does. It’s more of a chillout game. I think of it as a kind of visual poem. It’s quite lyrical and relaxed – you are the controller.

“I just thought it was really good and the team are brilliant to work with. We wouldn’t take on a game unless we thought we could make a profit on it, but it doesn’t have to be a massive profit, it just has to make business sense. I think it will. I’m not running a business to just make profit. A business has to make profit, it has to turnover, we have to get enough money to make the next game, but our motivation is to do cool stuff.”

Here’s to 25 more years of cool stuff from Rebellion, then.