Hello. Do you have a moment to talk about our lord and savior, Agent 47?

Honestly, I’m bloody fanatical about the 2016 reboot of Hitman. It really does border on religion. I always liked the series, but dedicated readers of VG247 will understand just how much: I gushed about practically every episode right up until its finale, named it one of the best games of 2016 (and honestly, it was my personal favorite), and when Square Enix chose to wrap up their relationship with IO Interactive I bemoaned its fate.

It’s a good job that 47 is a hardy dude, then. It’ll take more than that to off him, so here he is, back. New game. New publisher. Hitman 2 is absolutely more of the same, too – but when the previous game was as good as his episodic 2016 outing, it’s difficult to fault that.

There’s a few bits and pieces you need to know about Hitman 2 right up top, because even if you didn’t play that previous game you probably heard about it thanks to botched messaging around the planned release format and schedule. So, first up: this isn’t an episodic game. Hitman 2 will launch as a complete package that’s a similar size and shape to the final version of its predecessor. That means you’ll get a number of large, sandbox-like levels with set story-based objectives that tell the continuing adventures of 47, picking up the plot of intrigue and betrayal right where the first game left off.

The other side of the reboot remains intact, however: the concept of it as a ‘live’ game, or a game as a service. This is why each mission takes place in such a large sandbox comparative to the older Hitman titles – so that the levels can be retooled, AI refocused and targets changed to create entirely new missions.

This means people who pick up Hitman 2 can look forward to a string of new content in the months following release. That’ll range from special one-off, one-attempt only ‘elusive target’ assassinations through to contracts and presumably the return the mode where you create and upload your own custom hits for friends and strangers to try to attempt. This, for my money, is where these new Hitman games are at their best: challenging you to learn the intricacies of each level and then use your knowledge in one-shot, one-off missions. It’s thrilling, exhilarating stuff.

But let’s talk about Hitman 2 for a second, since I got to play it at E3. You can find a video of me playing with Kirk and I discussing our adoration for the series above, but the rub is this: it looks, feels and acts a whole lot like the 2016 game. It’s easy to tell that IO Interactive is now working to do more and push the engine a little harder, however: the track-side antics of the Miami-based F1 race is more colorful and more packed than most of the previous game, and one thing that strikes about this level is how broad it feels in tone. 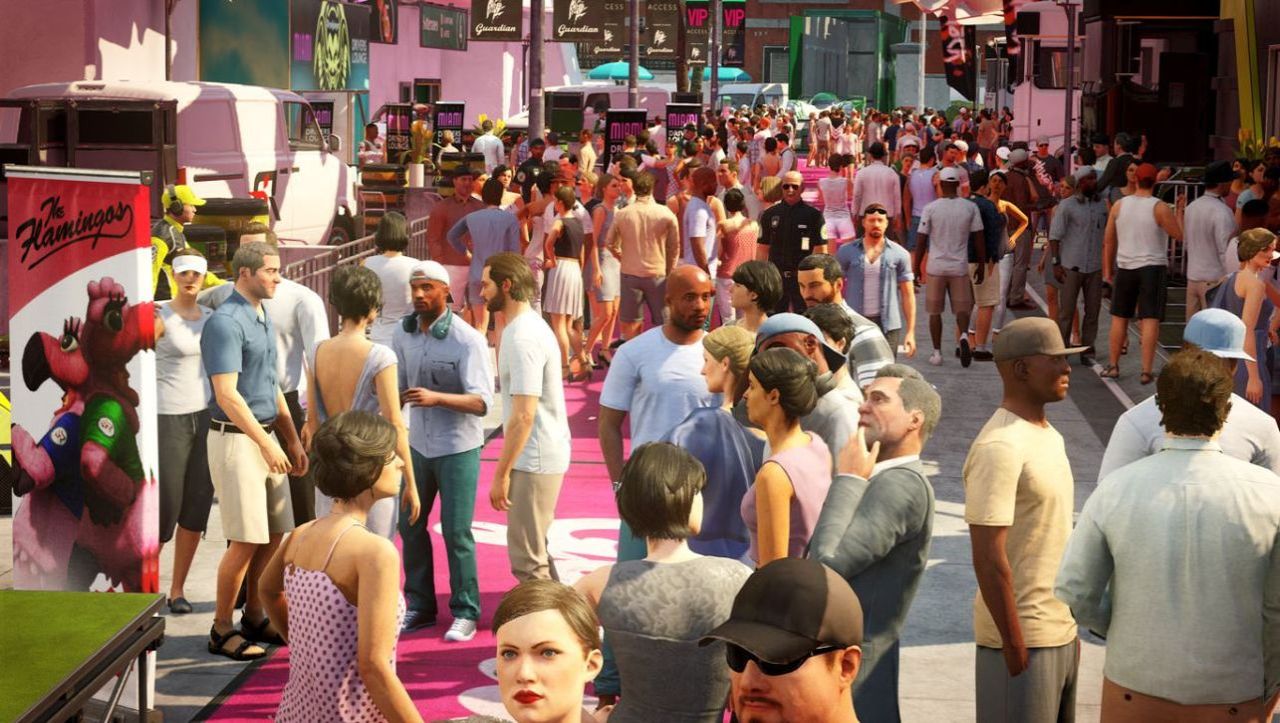 In a sense it recalls Sapienza, the best level of the previous game and arguably the best Hitman level ever. That featured three distinct areas: an Italian coastal town, a private mansion and an underground science facility. Here, you can go from the packed throngs of track-side to a heavily guarded VIP area right down to the grittier, messier areas of the track where mechanics hang out. The demo I play is sadly a little over-guided by a well-meaning Warner representative who talks me through the approach step-by-step, but even in doing this I notice an expected plethora of ways one could approach the mission objectives by donning specific costumes, stealing key cards and sneaking around.

The demo raises a lot of questions about the structure of the mission that excite, too. One of the two targets for the mission is out mid-race when you arrive, and in my hands-on I pop a remote explosive on her car during a pit stop by posing as a member of the mechanic team. It seems there’ll be ways to force the target out of the car or even out of the race, however, opening up possibilities for less specific and tailored assassinations. You could also always sneak in a sniper rifle, get to high ground and snipe her while she’s out on track, of course.

This is so similar to the 2016 game that it becomes pretty clear, I think, that at one stage this was going to be a ‘season two’ to that game when it was in its live, episodic format. That work has clearly now been folded into a new game, but some of the small additions work out to make a bigger impact on play-style overall. 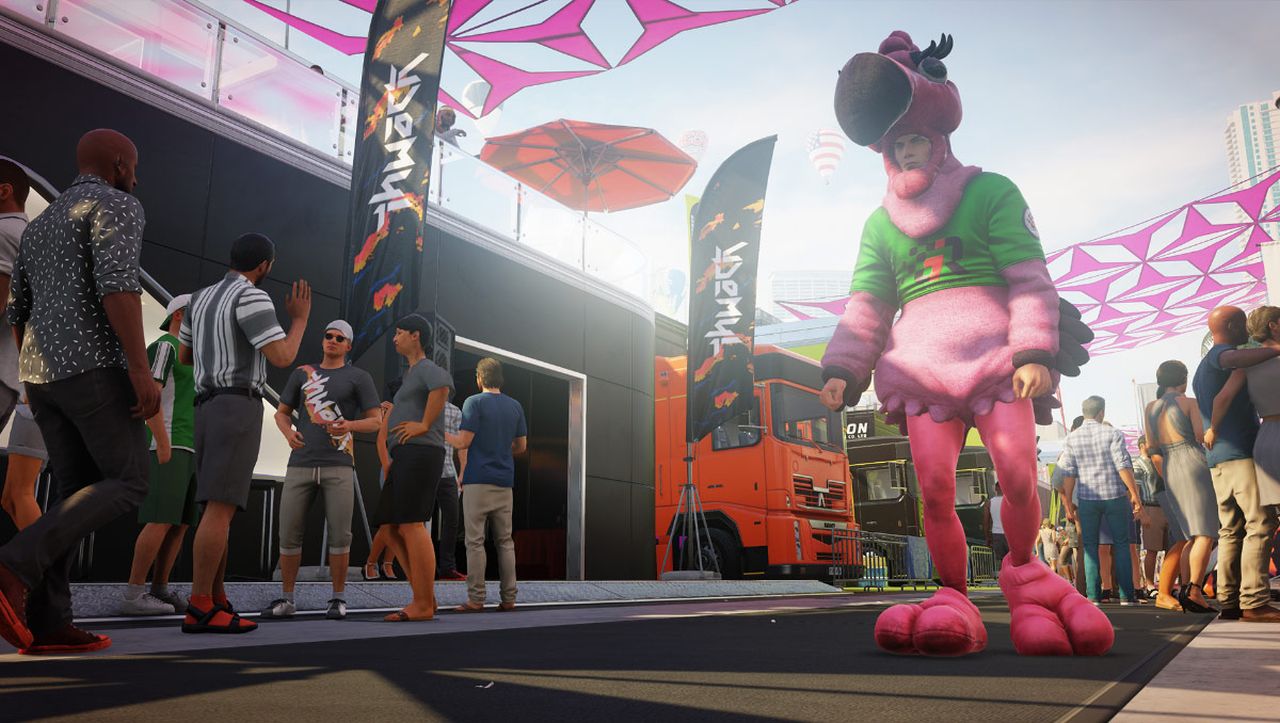 One favorite is the now-liberal use of picture-in-picture to show you what’s going on in other parts of the level. If you trip an alarm or cause a distraction, a quick PIP view will show you the guard coming to react to it. If you walk past a security camera, a big PIP display of your dumb ass walking right past the camera will make that clear to you. That’s useful stuff.

Then there’s just the stuff that comes to Hitman with new levels, like my favorite new weapon. Picked up in a kitchen, a massive raw fish can be used to batter people unconscious throughout the level. Despite the fact said fish is bigger than his head, 47 can stash it in his jacket pocket (or in his crotch when crouching, as Kirk points out in the video) – and the game is completely cool with that. Hitman and its penchant for causing outlandish ‘accidents’ is silly and macabre all at once, and it absolutely owns that tone. Warner Bros’ marketing campaign, 47 holding various innocuous items like a cupcake, tape measure or, well, a fish alongside the slogan “Think Deadly”, seems to get this well.

So, yeah – Hitman 2 is going to be a collection of smaller new features and improvements, but the formula isn’t broken and thus doesn’t need fixing. Some might dismiss Hitman 2 for not reinventing the wheel, but I was completely up for a season 2 and if it’s going to come on a new disc instead of as a second season pass I’m all for it – IO and Hitman deserve this extra chance to find the success the last game struggled to. I’m pumped to see more of the game and play the final release come November.