We’ve known for a while that Street Fighter 5: Arcade Edition’s next update would add Cody, but there’s a lot more else coming in a few days’ time.

June 25 is set to be one of the busiest days for Street Fighter 5 since the release of the much-improved Street Fighter 5: Arcade Edition earlier this year. SF5 is always getting a constant stream of updates including costumes, stages, music, plus limited time events and missions – but this next update brings Cody alongside new costumes and an all-new mode that introduces loot boxes of a sort to SF5’s in-game currency ecosystem.

The currency and loot box addition isn’t as nefarious as it sounds – but given the update is out in a few days and is free for all players, let’s run down what’s included piece by piece:

We’ve got a full news post all about Cody’s addition if you want to know more, but basically – he’s a little different to his past appearances with a new move set more befitting of his new role as Mayor (a role inherited by Final Fight buddy Mike Haggar), but also has some new normals that throw back to his Final Fight days.

He’s the fourth character this year following Sakura, Blanka and newcomer Falke, and there are two more to go – mysterious newcomer G and series staple Sagat. He can be picked up individually for real cash or in-game money or is included as part of the year 3 season pass, though everybody will get the update so that they can fight players online who choose Cody even if they don’t want to pick him up themselves. 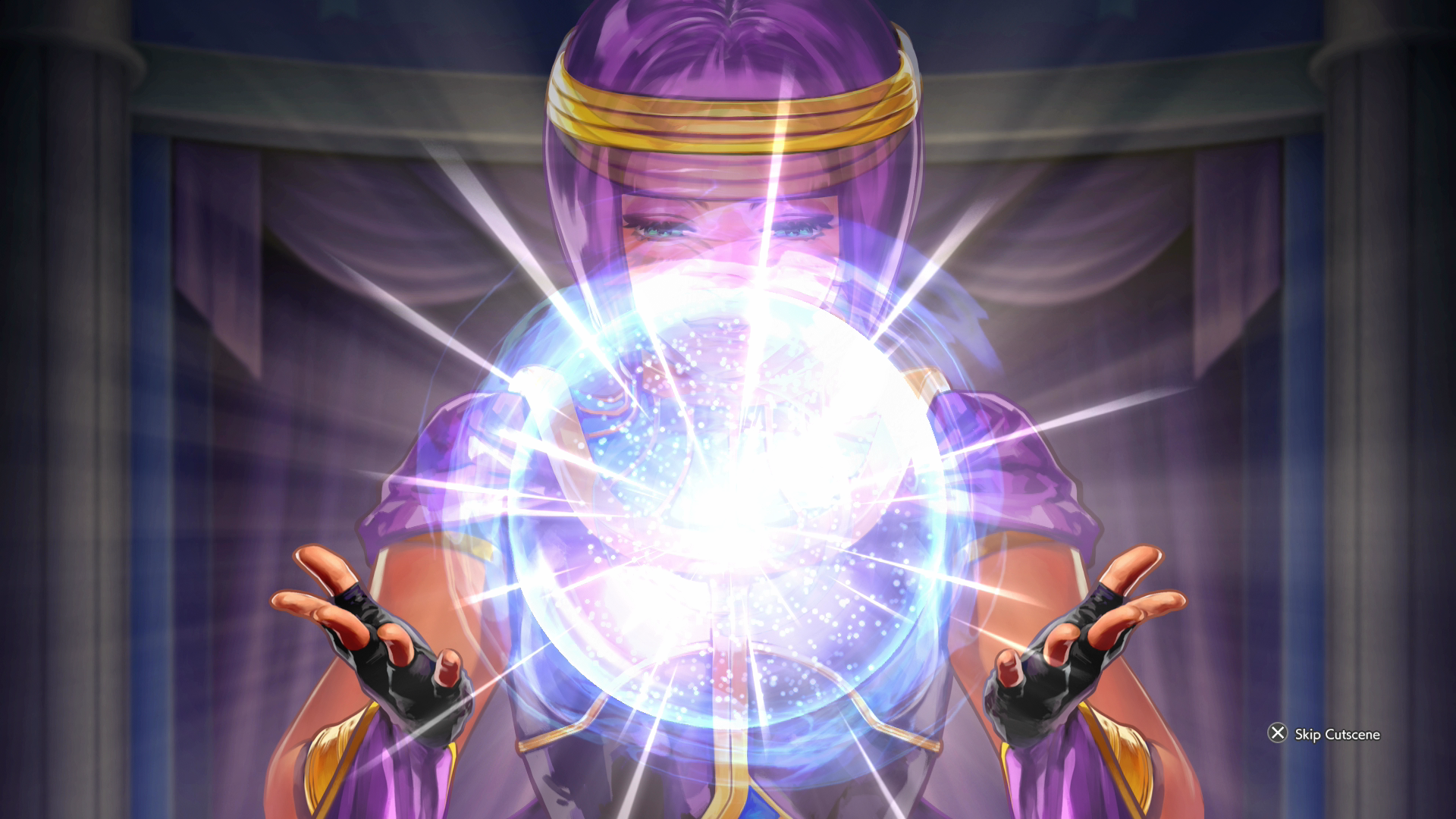 Once Street Fighter 5: Arcade Edition launched, the game’s original Survival Mode became pretty much obsolete. In the original bare-bones release of SF5 the survival mode served as the closest thing to a traditional arcade ladder with a range of unlocks and difficulty levels – thus it becoming irrelevant when a proper arcade mode was added. It always struck me as strange they didn’t retool it in the AE release. We’re a few months in and here is is, however – and it’s bringing within it big changes. All of this will be free for all users.

In the original Survival Mode you could spend points earned to buy ‘Battle Supplements’ – special boosts and bonuses that will make the coming rounds easier on you or replenish health, since health carries from round to round. New to this new version of Survival are Battle Goods – items that can be used in a similar way but instead of being purchased and used on the spot are consumable items that can be carried to different play-throughs of Survival Mode at your leisure.

SF5 players will get some Battle Goods to start them off when the update goes live. Battle Goods are obtained by playing through Survival, with better rewards given out on higher difficulties.

Also new to Survival is the ability to save your progress and carry on later. If defeated, you can also spend 1000 Fight Money, SF5’s in-game currency, to continue without seeing a Game Over screen. These are both particularly useful additions since the previous survival mode’s hardest difficulty featured 100 consecutive one-round fights, and a single loss would boot you to game over. 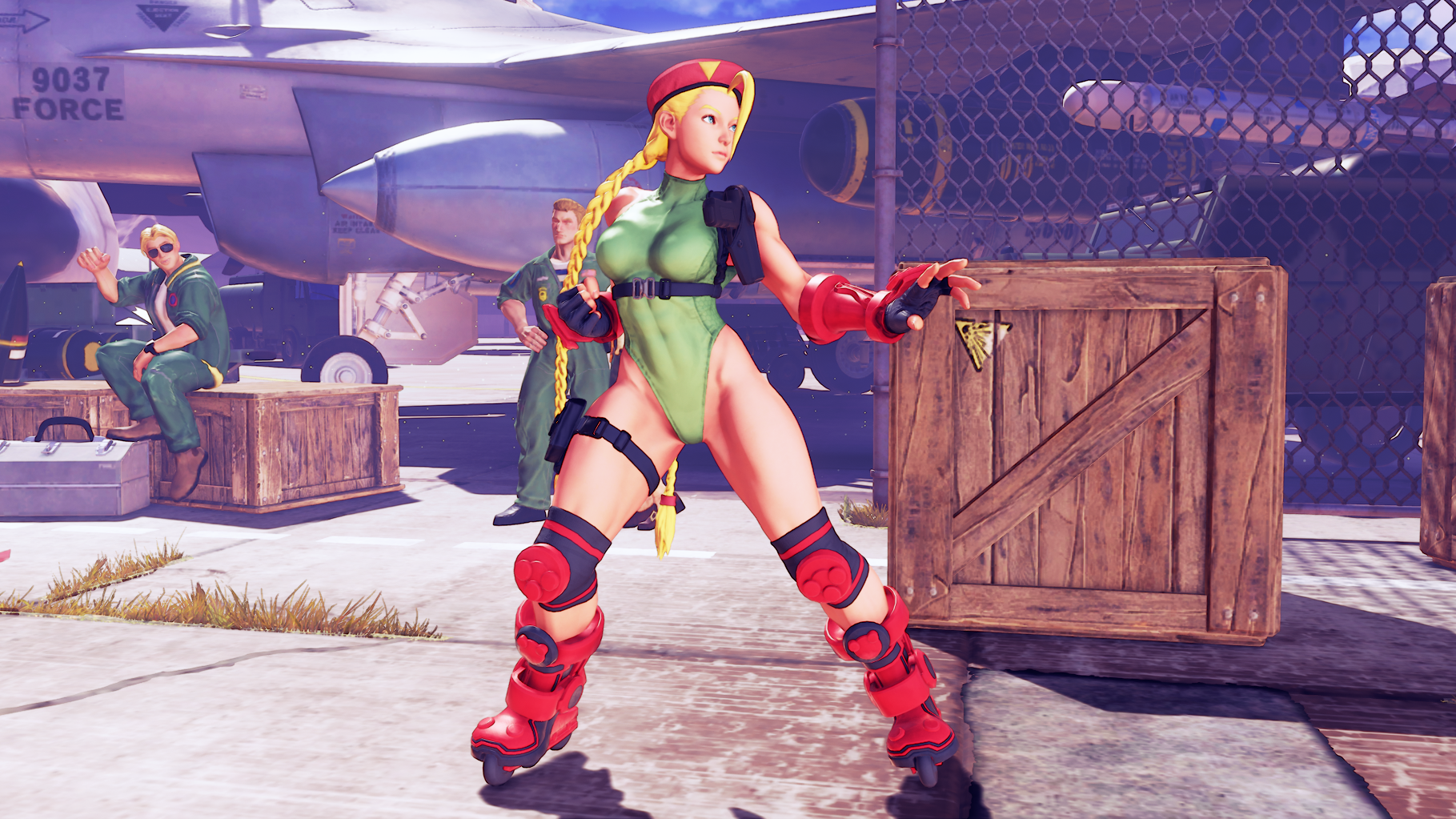 New to this new take on Survival is ‘Fighting Chance’, featuring SF5’s in-house fortune teller Menat. When you complete Survival Mode you can spend 500 Fight Money to obtain a ‘Fantasy Fortune Reading’, and with that Menat will decipher your reading and essentially give you a random reward. Look – this is a loot box by another name.

Inside your fortune reading can be Battle Goods for Survival Modes, new character colors, special artwork for the gallery and all-new, exclusive costumes such as the Cammy costume pictured above, a throwback to her appearance in arcade and Dreamcast twin stick shooter Cannon Spike. Yes, she’s on roller blades.

To be clear, Fight Money can’t be purchased with in-game cash, so this is less nefarious than your traditional loot box. Because FM is earned by playing SF5 online plus through weekly missions that allow you to earn large amounts – so this is clearly intended to encourage players to get online more often. With that said, you’ll have to play a lot to afford to be able to make random draws regularly, and the more Fight Money sinks Capcom add to the game the more pressing the need becomes for a decent way to earn currency through offline modes such as Survival or Arcade Mode.

There’s no way to exchange real cash for the fortune readings and associated items yet. A little more of this explained over on Capcom Unity. 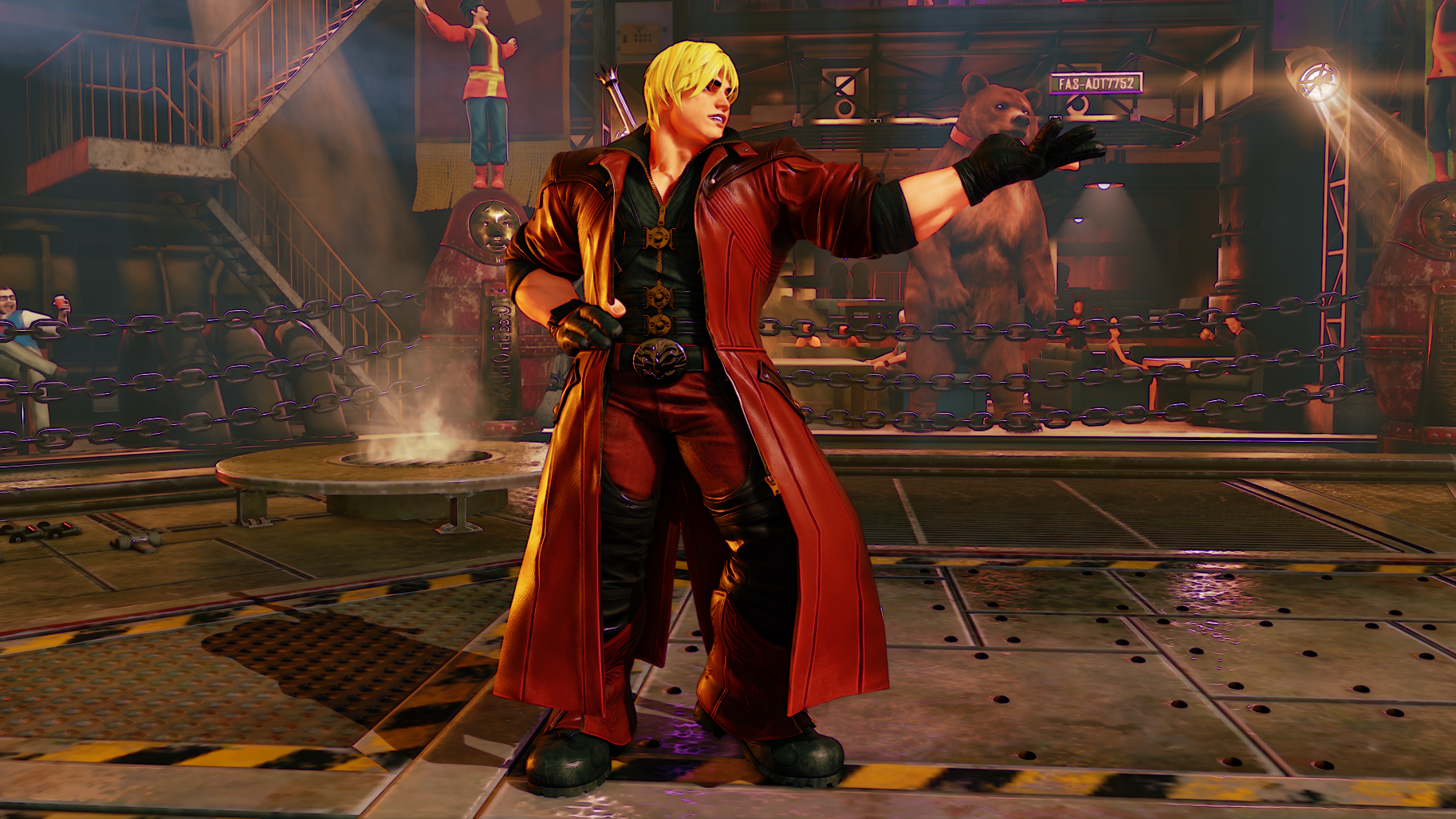 New cross-over costumes from Mega Man and Devil May Cry

Finally, the update on the 25th will add 4 new costumes to the game – three from Devil May Cry and one from Mega Man.

There’s even some really nice little bonuses – using the ‘alternative costume’ code (that’s holding LK, LP, MP, HP & Up as a match loads) will give Ken Dante’s Gilgamesh armor from DMC4 instead, while Ed will remove his jacket to reveal his Devil Bringer arm. Using it on the Gloria costume will get rid of Gloria’s glorious white hair and replace it with Laura’s regular cornrows.

The Mega Man costume sees master of the winds Rashid dress up as classic boss Air Man… which is a perfect fit, really.

Unlike others, these costumes can’t be purchased and instead must be earned through Extra Battle Mode. Extra Battle features limited-time battle challenge events – in this case one opponent who you must fight and beat once a week for a month in order to earn the costume in question.

Each time you face one of these opponents you have to pay 2500 Fight Money (which can only be earned in-game and not purchased with real cash), so you’ll have to play SF5 and complete missions to earn the cash in order to pick up these costumes. The costumes are time limited – Laura’s Gloria costume event is up first and kicks off on July 5th.

If you need help with the in-game currency, check out our extensive guides on how to earn Street Fighter 5’s Fight Money and in relation to that our guide on how to complete the weekly FM missions.

These updates are decent, anyway – and it’s proof Capcom is keeping on trucking with SF5, which is welcome. I’m not so sure about the random drop loot box mechanic on the fortune telling thing, however – but I’ll check it out when it arrives next week and report back on if it feels fair or not.