With the 2018 World Cup underway, the Tank Football special-vehicles-only mode has returned to World of Tanks.

In an early contender for most bizarre sponsorship deal of the tournament, Azzurri legend Gianluigi Buffon features heavily in the marketing for the mode – for no other discernible reason than he’s available this summer; Italy aren’t at the World Cup, and the game mode doesn’t include keepers. 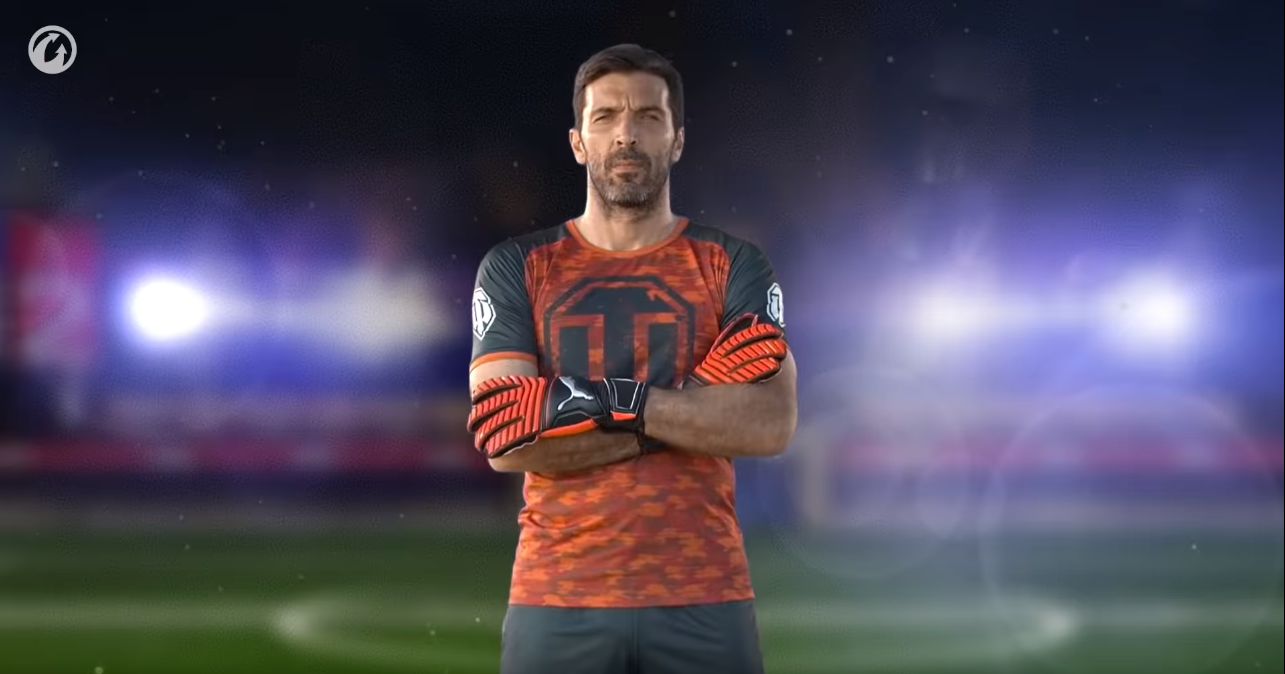 You can play the game mode by clicking the ball underneath the Battle button, or by clicking Gigi’s smiling face.

By completing challenges in the Tank Football mode, you’ll earn cards that contribute towards your progress in completing a full team. Once you’ve earnt enough cards and raised your score high enough, you get rewards including credits, personal reserves and Buffon as a Tank Commander.

Players must maneuver their tanks to block opponents and hit the ball with their chassis. You can also shoot shells at the ball to strike it towards goal.

Each 3v3 match last for seven minutes, or until three goals are scored. If it’s a draw after normal time, Golden Goal extra time is added (where the next goal scored wins). Then if it’s still deadlocked possession in the opposition’s half counts for the victory.

You’ll pilot three Tanks in the mode – a defender, midfielder and striker.

In midfield you’ve got the T-62A Sport, which has a nitro boost ability to nip in front of enemy tanks.

Leading the line is the AMX 13 105 Sport which has a drum so it can fire quicker – fitting for a striker.

As well as the in-game rewards, you can earn cosmetics like unique vehicle style sets and real world items like Buffon T-shirts and autographed footballs.

Earlier this year, World of Tanks launched it’s big 1.0 update, which totally overhauled the game’s visuals to give it a more current-gen look.