A draft of the International Classification of Diseases manual includes a new definition for “gaming disorder” that is currently pending approval.

Games like Fortnite are more popular than ever, but they may also have renewed fears that games are damaging young minds. This time, concerns go all the way to the World Health Organization. The WHO has included gaming disorder as a possible addictive behaviour in the latest International Classification of Diseases manual, a draft expected to be approved within a year. 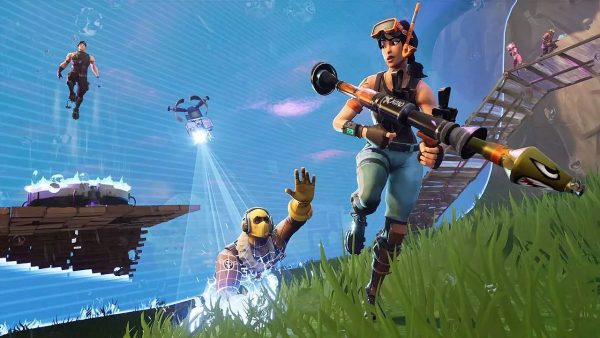 For this draft, the manual lists two kinds of possible gaming disorders. The first is a standard gaming addiction described in the following terms:

Gaming disorder is characterized by a pattern of persistent or recurrent gaming behaviour (‘digital gaming’ or ‘video-gaming’), which may be online (i.e., over the internet) or offline, manifested by: 1) impaired control over gaming (e.g., onset, frequency, intensity, duration, termination, context); 2) increasing priority given to gaming to the extent that gaming takes precedence over other life interests and daily activities; and 3) continuation or escalation of gaming despite the occurrence of negative consequences. The behaviour pattern is of sufficient severity to result in significant impairment in personal, family, social, educational, occupational or other important areas of functioning. The pattern of gaming behaviour may be continuous or episodic and recurrent. The gaming behaviour and other features are normally evident over a period of at least 12 months in order for a diagnosis to be assigned, although the required duration may be shortened if all diagnostic requirements are met and symptoms are severe.

The second disorder is “hazardous gaming”, which is distinct in that someone suffering from it plays games to the point of literal physical harm:

Hazardous gaming refers to a pattern of gaming, either online or offline that appreciably increases the risk of harmful physical or mental health consequences to the individual or to others around this individual. The increased risk may be from the frequency of gaming, from the amount of time spent on these activities, from the neglect of other activities and priorities, from risky behaviours associated with gaming or its context, from the adverse consequences of gaming, or from the combination of these. The pattern of gaming is often persists in spite of awareness of increased risk of harm to the individual or to others.

To be clear, the medical community isn’t exactly rushing in to take everyone’s video games away. “Very large numbers of people play games on- and off-line,” the Department of Health & Social Care told Eurogamer. “For the vast majority it is a recreational activity. But research shows that for a small number their gaming can become harmful, or an addiction. We welcome the inclusion of gaming disorder in ICD-11, which will over time help to understand the true prevalence of harmful gaming.”

It’s also worth mentioning that even with this definition, diagnosis standards are quite high. In most cases, all symptoms – including detrimental effects on one’s personal life – must be observed over a span of 12 months. While there are exceptions for extreme cases, the World Health Organization seems generally cautious here.

And yet, that hasn’t spotted the larger game industry from coming forward to criticize the diagnosis. The following statement was signed by UKIE, the ESA, the EGDF, and many more:

“Video games across all kinds of genres, devices and platforms are enjoyed safely and sensibly by more than 2 billion people worldwide, with the educational, therapeutic, and recreational value of games being well-founded and widely recognised,” the statement reads. “We are therefore concerned to see ‘gaming disorder’ still contained in the latest version of the WHO’s ICD-11 despite significant opposition from the medical and scientific community. The evidence for its inclusion remains highly contested and inconclusive.

“We hope that the WHO will reconsider the mounting evidence put before them before proposing inclusion of ‘gaming disorder’ in the final version of ICD-11 to be endorsed next year. We understand that our industry and supporters around the world will continue raising their voices in opposition to this move and urge the WHO to avoid taking steps that would have unjustified implications for national health systems across the world.”

One thing is clear: The ICD-11 update is arriving one way or another. The manual’s last revision occurred way back in 1992, and it desperately needs fixes to benefit today’s medical professionals. The question is whether the games industry can provide enough current research to counter the gaming disorder definition before the manual is approved sometime next year.