Cyberpunk 2077 isn’t going to censor your junk, and it reflects major themes about the game world.

CD Projekt RED recently showed off a demo of its upcoming Cyberpunk 2077, and while the gameplay looks incredible there will be lots of opportunities to showcase interesting themes.

How will it do this? Through unrestricted nudity. 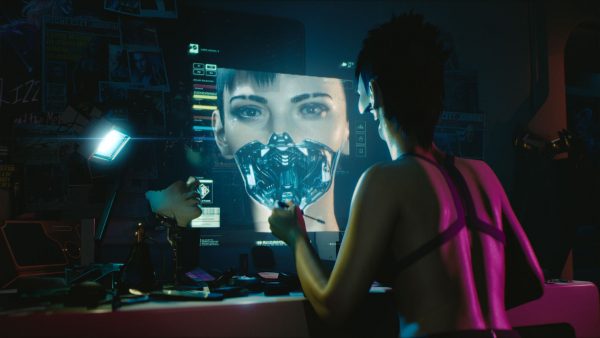 “Nudity is important for us because of one reason,” game director Adam Badowski told Polygon. “This is cyberpunk, so people augment their body. So the body is no longer sacrum [sacred]; it’s profanum [profane]. Because people modify everything, they are losing their connection to the body, to the meat. And that’s why we need to use the nudity in many situations.”

This point was raised in part to Cyberpunk 2077’s character creator, which depicts a digital avatar of V’s naked body of the blue background. While the private bits were pixelated for demo purposes – mostly to keep the audience from laughing awkwardly – the finished game will likely remove this blue.

Nudity will come up in missions as well. Polygon cites one example where V needs to rescue a kidnapped woman, who you presume is being held for ransom. It turns out the kidnappers actually planned to harvest her cybernetic parts, which means you’ll find her naked body in a bathtub filled with ice. Pixelating genitals is going to take away from the seriousness of what’s happened at that point.

CD Projekt RED hasn’t shied away from nudity before, as we saw in The Witcher’s romance scenes. But it seems the team intends to push the envelope even farther, and for richer dramatic purposes.

Gaming hasn’t always handled nudity especially well (remember Kane and Lynch 2?), but here’s hoping Cyberpunk 2077 can back up its intent with a strong execution.