Fallout 76’s West Virginia setting is a world away from what we’re used to from the series, and features many real-life landmarks, as well as monsters from the area’s folklore.

Fallout 76 was unveiled at Bethesda’s E3 2018 showcase, and the comparatively lush setting of West Virginia, 25 years after the bombs dropped, is brimming with new creatures and real-life landmarks.

We got a host of details on the setting and its inhabitants in Noclip’s The Making of Fallout documentary, and as well as places you’ll recognise, there’ll be creatures that you won’t – over 63 varieties in all. There are minor spoilers for those of you who want to go in fresh. You’ve been warned.

The studio has leaned in to the West Virginia setting, using the area’s lore and landmarks to create a varied map with different regions, and monstrous beasts.

You’ll find real-life landmarks like Morgantown, Summersville Lake, and Harpers Ferry, along with Fallout’s take on the folkore of the area, which will see the inclusion of some of West Virginia’s spookiest monsters like Mothman, and The Flatwoods Monster. We may even see The Headless Horror, or The Grafton Monster. 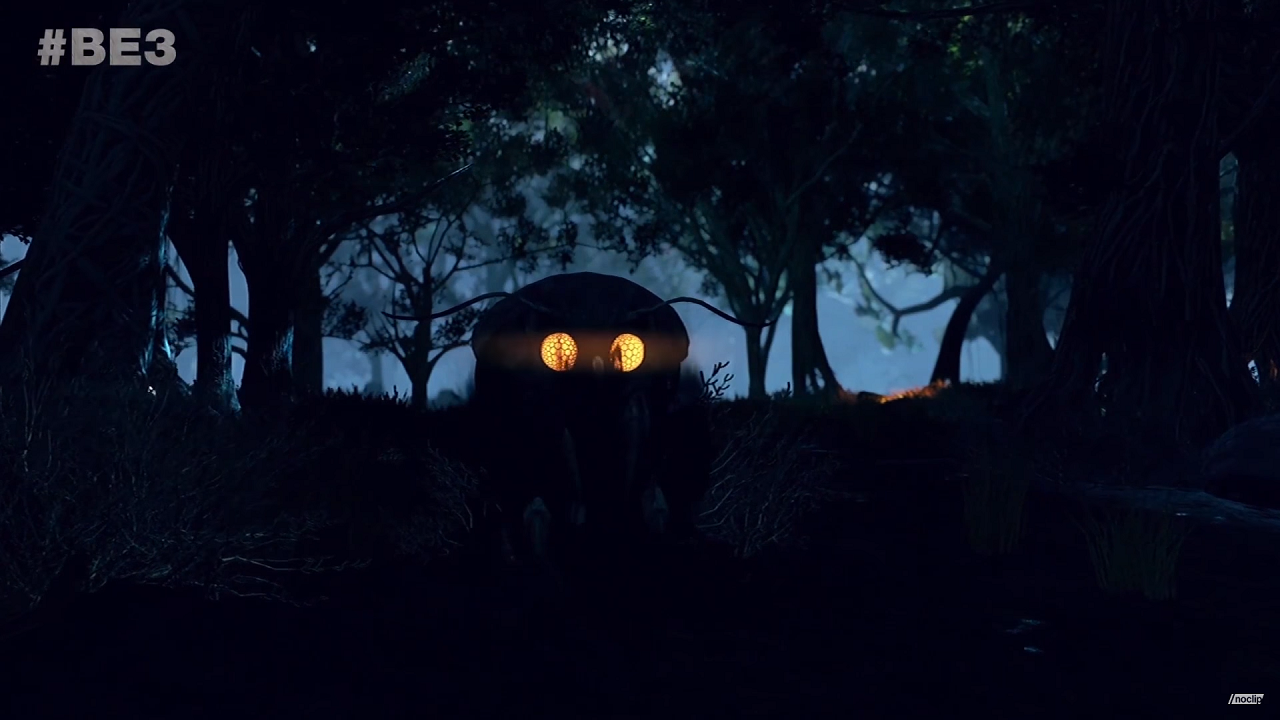 Players might find themselves being stalked by Mothman, or being hunted by any number of the huge variety of creatures in the game.

“The Mothman’s incredible. It’s a different thing. We’ve never done it before,” says lead animator, Rick Vicens. “We’re hoping to do stages to him. Early on in the game, maybe he’s just stalking you.” Presumably the encounters will escalate in intensity, until he decides to attack.

Because the game is set 25 years after the bombs dropped, the studio can play with more outlandish creature designs. There’s more radiation, so you can expect “crazier mutants and giant plants,” says lead artist, Nate Purkeypile.

The reason we don’t see these animals roaming around in the games set later in the timeline is that “maybe that was such a bad mutation that they died out. But here, it still exists.”

The different types of flora and fauna populate the different areas of the map, like the floodlands, toxic wastelands, swampy woods, and a mountain range that bisects the map to boot. Comparing the terrain to Fallout 4’s “flat map,” Fallout 76’s mountain tops and the landmarks perched on top of them will act as landmarks that players can orient themselves by.

There’s also a dynamic weather system, which includes rad storms, that can have an effect on players.

While there may be more creatures, you won’t find any raiders – a game design choice and a narrative one.

From a lore perspective, it’s too early for them to have established themselves and set up factions. From a gameplay standpoint, the studio wanted to make sure that running into other humans had some significance to it.

The happy medium resulted in intelligent ghouls, called The Scorched.

“They’re kind of like feral ghouls that are not quite so far gone,” says Purkeypile. “They still know how to use guns. Essentially our raiders are The Scorched.”