Nintendo aired its pre-recorded Nintendo Direct E3 2018 presentation today, and you can get caught up on all announcements here.

As usual, Nintendo opted for a pre-recorded affair, and not too much was announced because the main focus was on Super Smash Bros. Ultimate.

Super Smash Bros. Ultimate for Switch  was announced for release on December 7.

Along with the return of Snake and the addition of Ridley, the Super Smash Bros. Ultimate roster will feature every single character to have previously appeared in the series.

One of the worst kept secrets of E3 2018, Fortnite for Switch, was revealed. And as reported, it was made available right after the Nintendo presentation ended.

Nintendo didn’t go very big on Pokemon today, but did provide some  additional gameplay information for Pokemon Let’s Go Eevee and Pokemon Let’s Go Pikachu. It was also announced PokeBall Plus would come with Mew pre-installed to be used exclusively with the Let’s Go titles.

Super Mario Party will arrive on Switch October 5. This latest iteration is inspired by the original Mario Party, and will have its share of new mini-games – including ones that’ll make use of the Joy-Con controllers.

Daemon X Machina , a brand-new mech game from the mind of Armored Core developer Kenichiro Tsukuda was announced for Switch. It’s out next year.

Prequel DLC for Xenoblade Chronicles 2 was shown. Called  Torna – The Golden Country, it charts the fall of a warrior 500 years before the core story. The DLC features a refined battle system that lets you fight as the artificial Blades and their masters, the Drivers.

Torna – The Golden Country will release on the eShop for Switch September 21.

A year or more after it’s reveal, Fire Emblem Three Houses was finally give a release window. The  game takes place Fedlan, where the Church of Seiros exerts immense control over its people. The player can maneuver the main character freely and interact with other characters to build relationships and gather information at various points within the game.

Not a word was mentioned regarding the Pokemon Switch game. Bayonetta 3, Metroid Prime 4, and news on the game Retro Studios is working on were also absent.

Quite a few trailers were shown, and you can look over those here. 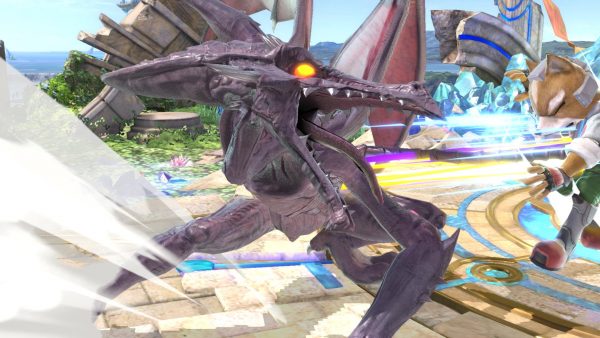 E3 2018 started Monday, June 11, with three off-site shows held prior over the weekend.

If you happened to miss the EA Play 2018 reveals from Saturday, just give that link a click.

News out of the Xbox E3 2018 briefing can be found here, and Bethesda’s announcements are through this link.

Be sure to look over our handy E3 2018 conference page to find out start times, how to watch, and everything else you need to know.