Microsoft has confirmed that Halo 5: Guardians is not in fact currently in development for PC.

The reason people are talking about Halo 5 now instead of the new Halo: Infinite is that the Microsoft store page for Halo 5: Guardians was updated with something curious.

For a chunk of time this week, the game’s main page showed the Windows 10 logo alongside the Xbox One logo, right below the ‘exclusively on’ line. This is definitely a recent change, which got fans all excited that Microsoft is gearing up for a PC version announcement.

The store page update was spotted by an eagle-eyed ResetERA forum member who also contacted Microsoft support for clarification. To their surprise, the rep confirmed that Halo 5 is a Play Anywhere title, which it isn’t. 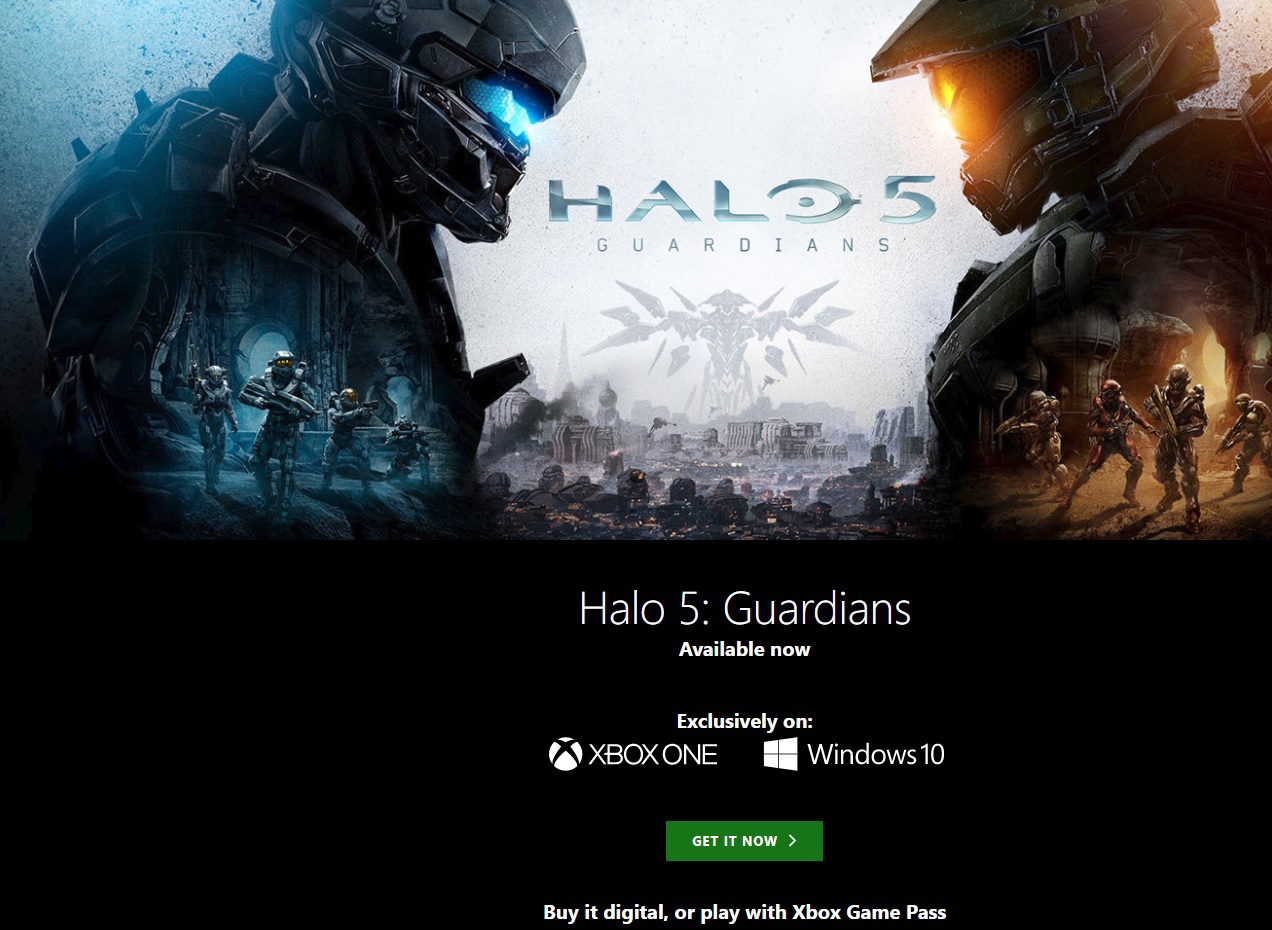 Unfortunately, hopes and dreams were quickly deflated when Halo franchise development director Frank O’Connor popped in to confirm that, unfortunately, Halo 5 PC is not a thing.

“It’s not impossible [Halo 5] could come to PC, but it’s not being worked on at this time. Black and white, no semantic trickery.”

We do know, however, that the upcoming Halo: Infinite will be coming to PC alongside Xbox One. A release date or even release window for that game were not announced, however.

The Halo 5 map creator, Forge, is available on the Windows store. It technically lets you play a version of Halo 5 multiplayer on PC, but only on user-created maps. It’s not a very good version of the game.