FIFA 19 was given a release date during the EA Play E3 2018 press conference today.

FIFA 19 will release September 28 on PC, PlayStation 4, Switch and Xbox One, and will include the UEFA Champions League.

The tournament is woven into the game, and includes a new standalone tournament mode allowing players to use any European club from start to finish. The most popular mode in FIFA, Ultimate Team, is also getting a Champions League refresh.

Broadcast overlays have been freshened up, and there’s a new commentary team featuring Derek Rae and Lee Dixon.

FIFA 19 players will also be able to experience the conclusion to Alex Hunter’s story in The Journey: Champions.

Cristiano Ronaldo and Neymar were confirmed as cover stars for the game today.

And if you decide to upgrade to the FIFA 19 Champions Edition, you’ll be seeing a lot more of CR7 and his Brazilian soon-to-be teammate (allegedly). For £79.99, or your regional equivalent, you’ll get Ronaldo and Neymar as seven match FUT loan players, up to 20 jumbo gold FUT packs, a pick of any player rated between 80-83 from a team that’s qualified for the Champions League to add to your FUT club, as well as some special edition kits.

On top of that though, the special edition will let you player the game three days early on September 25th. 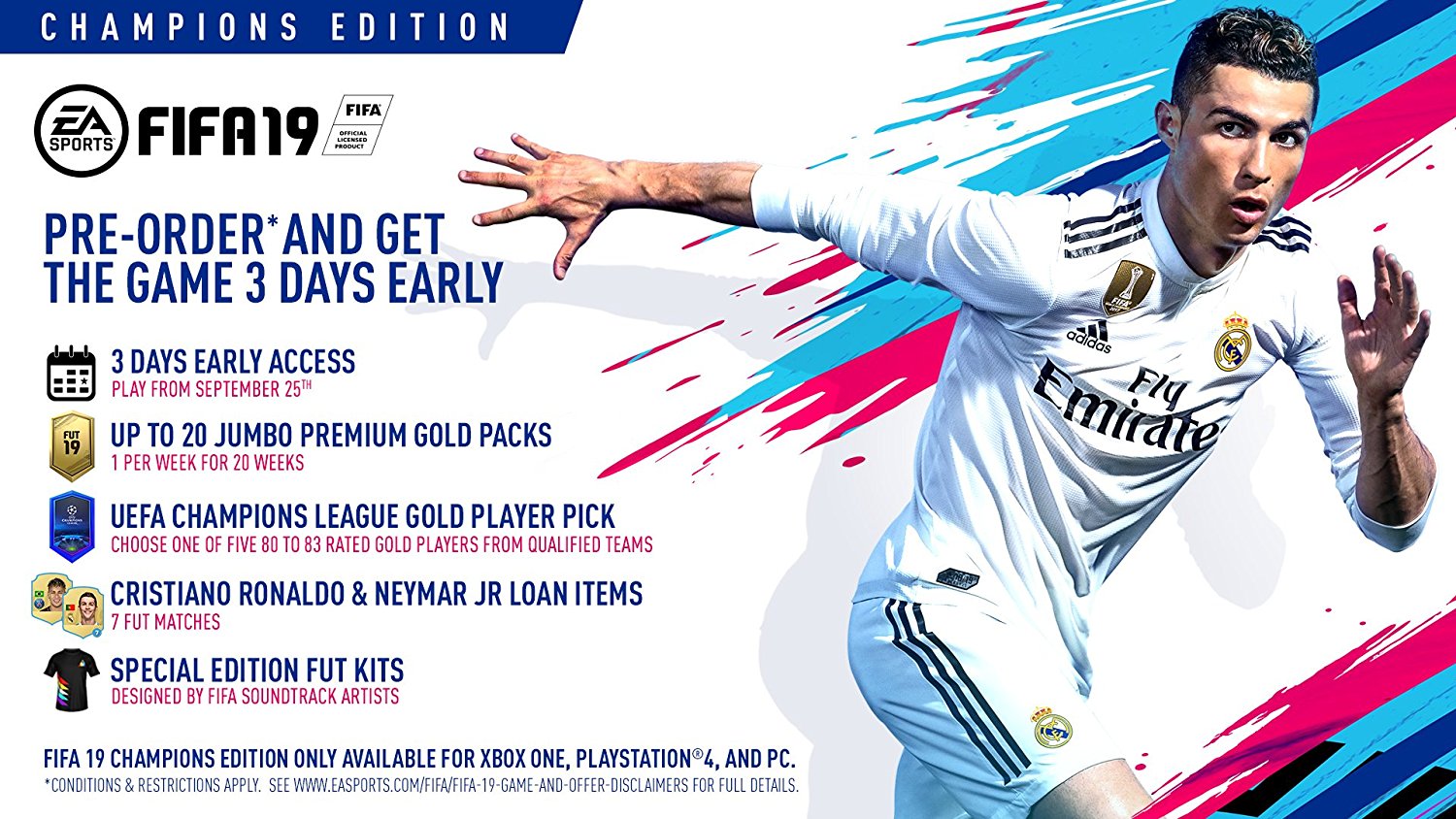 FIFA 19 will be released September 28, but EA Access and Origin Access members can play FIFA 19 early from September 20 with Play First Trials on Xbox One and save 10% if they decide to buy the full game.