Despite all the leaks, you can’t deny how cool the Devil May Cry 5 reveal was on the Microsoft E3 stage last night.

Although the footage showed a tiny bit of Devil May Cry 5 gameplay, and introduced us to new characters and the overall look, there was a lot it didn’t tell us about.

Following the reveal, the Devil May Cry Japanese Twitter account took to sharing a few details about much of what was shown. See all the details below, as translated by Gematsu.

On the game’s story:

In the provincial Red Grave City, a giant tree with blood-sucking roots suddenly appeared and began attacking the people. Nero, a travelling demon exterminator, hurries there in the Devil May Cry van. Accompanying him and providing weapons is his sidekick Nico, a self-proclaimed weapons artist.

Powers stolen and pride lost, there are some things Nero seeks to reclaim. They are his beloved sword Red Queen which knocks about demons and thrusts him into battle, and his double-barrelled, fire-shooting Blue Rose. The shine on his right hand is an anti-demon artificial arm called the Devil Breaker.

Continuing from Devil May Cry 4, Devil May Cry 5 features intense action, amazing graphics you will mistake for real life, and the fastest gameplay in the series to date, allowing you to move however you feel. The story will ramp up in intensity as you progress. This is a sequel that can only be created by developers who know Devil May Cry. The new RE Engine makes it possible to experience stylish action in 60 frames per second.

Create combos by grabbing, pulling, and driving into enemies. Grab. Pull. Drive into. Nero’s artificial right arm, the Devil Breaker, replaces the lost demon arm and wields a lot of power. Grab an enemy, pull them in, and attack them with your sword. You will get hooked on linking combos to create stylish action.

Decide how you want to style. The series’ gun and sword action is alive and well. Starting with the Devil Breaker, there are more new actions and systems to be announced. The possibilities for mastering style will infinitely expand. 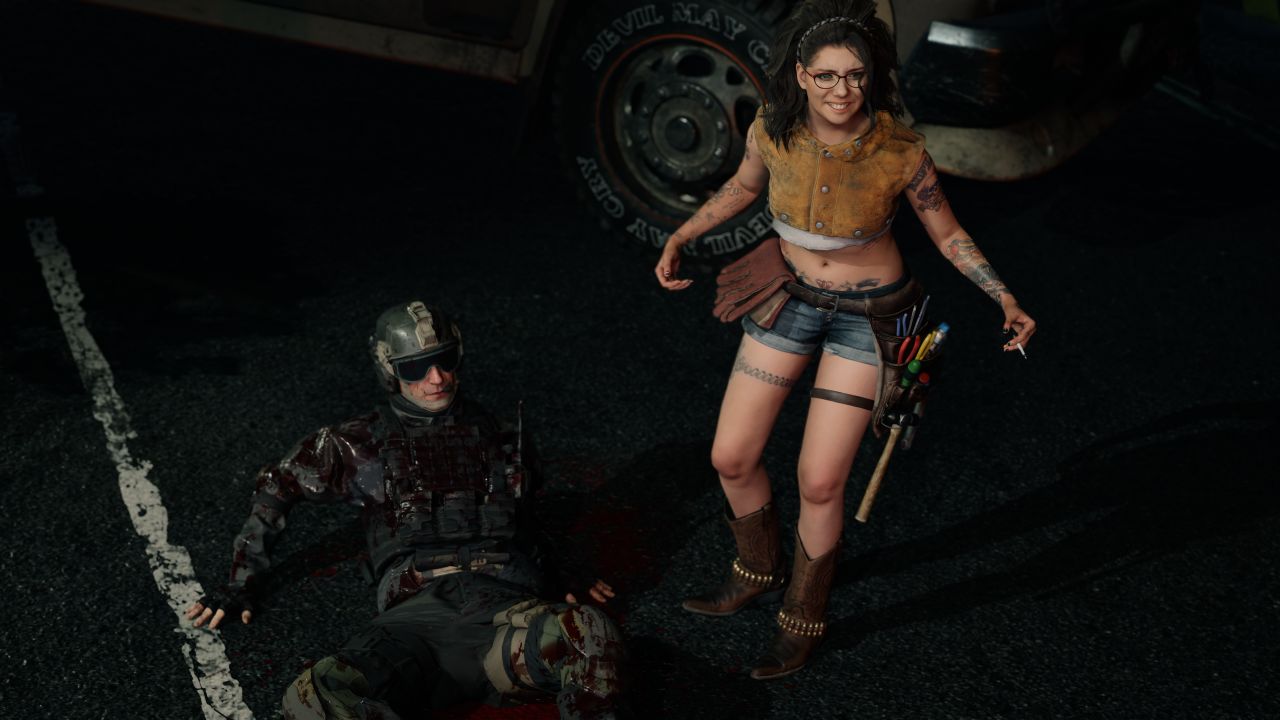 A young travelling demon hunter. He was once a Holy Knight for the Order of the Sword. And he is not far down the bloodline of the Legendary Dark Knight.

Due to a certain event, Nero lost his demon hand, the Devil Bringer. However, his partner Nico helped him acquire a replacement, the new Devil Breaker. With it, he will stand against the invading demon forces.

A self-proclaimed weapons artist who travels with Nero. She is a first-class weapon crafter. Her grandmother is the first-class gunsmith Nell Goldstein.

She made the anti-demon artificial arm Devil Breaker for Nero. Although it was at the cost of her stamina, she is proud of the mechanisms she installed. The way she looks at her own work with such confidence is reminiscent of her father, who himself was a mad scientist.